Hair is part of man, and for as long as one can remember, there has been great interest in it. Hair can become dreadlocks either by design or by nature. At this point in time, it is evident that the fashion element to dreads is more prominent than anything else.

Again, it is not limited to either of the sexes. Men and women have delved into the world of dreads. For most, it is a symbol of self-expression. For others, it’s a symbol of protest, and yet for others, it doesn’t go beyond fashion.

At any rate, dreads have come to stay, and they are expected to be around as long as life persists on the material plane. Dreadlocks have a long and complex history, and it is not our plan here to delve into that history but to show you how dreadlocks have evolved over the years embracing new styles for men and women.

If you are a man or woman desirous of beginning your adventure into the world of dreads but have no clues about where to start, you have come to the right spot. This article brings you dreadlocks style inspiration to have that magical look you have always desired.

Some styles are unisex, meaning you can wear them whether you’re a man or woman without feeling out of place or out of tune with the types. So go ahead and help yourself to 15 dreadlocks styles inspiration for men and women.

The twisted dreadlock is simple enough in that you only need to criss-cross your locks or have your barber do that to achieve it. And if you’re feeling a little ambitious, you can dye the different patterns to stand out in the crowd. Twisted dreadlocks easily turn heads anywhere. 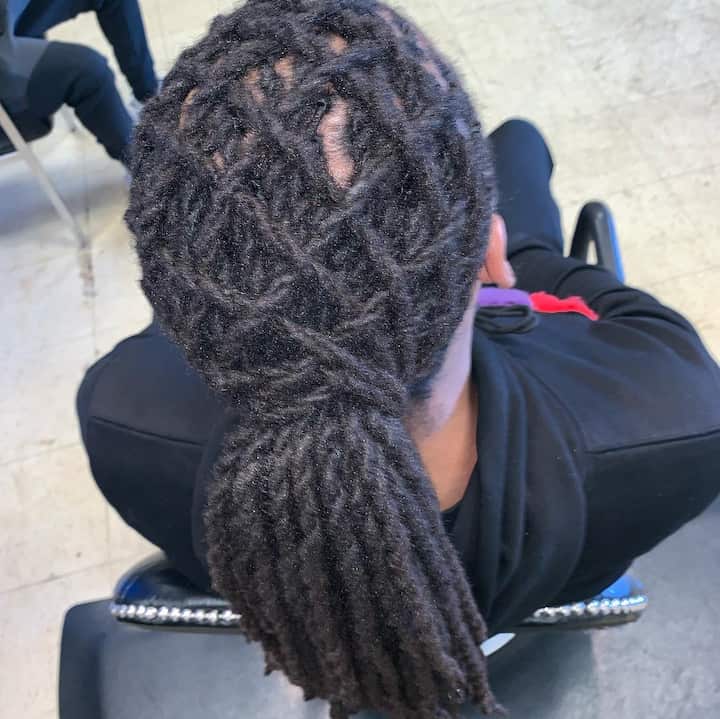 The short dreads style is often worn by men, but it can look just as ambitious and sexy on a woman. The style is relatively easy to achieve as well. Shaving a little of the back of the head, both sides of the head, and working the short dreads so that they face front (or any other desired position) like a canon in range, you’re good to go. 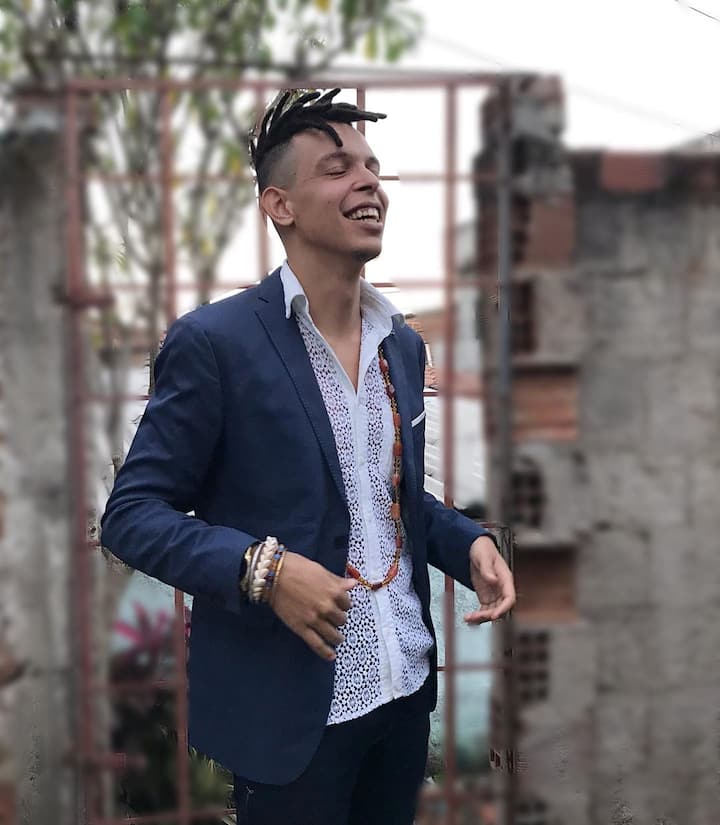 This experimental hairstyle has been a hit with many people. As the n same implies, it’s a medley of dreadlocks as we know them and cornrows. No sex can appropriate this as it looks good on the blokes and the babes. Here’s an example of it. 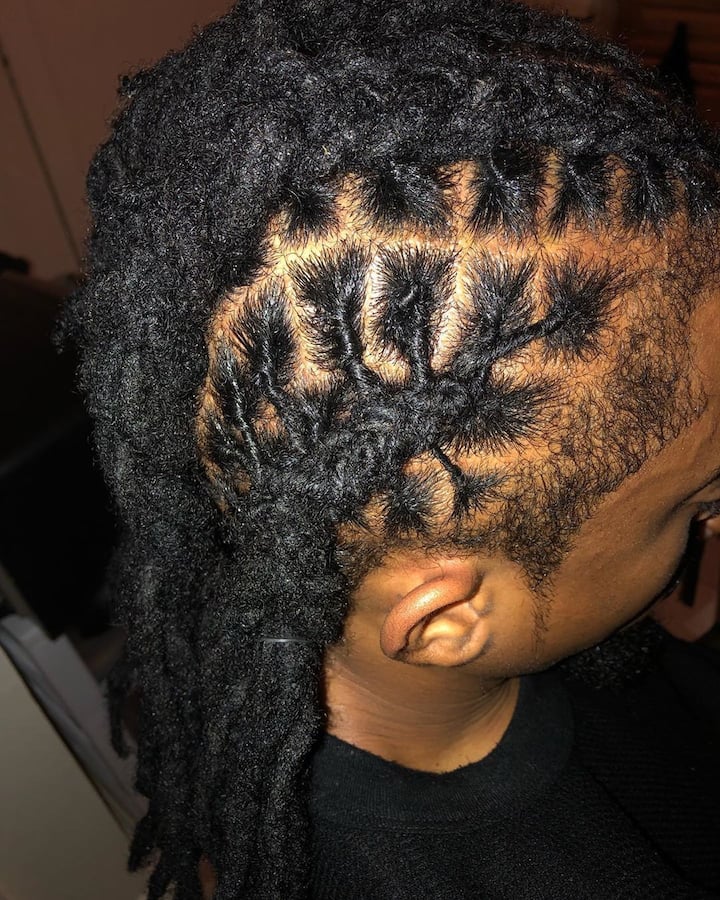 You will most likely find this style on the head of a male than a female. And, true to its name, it’s pretty intricate, the intricacies being from the root of the forehead, the locks weaved in symmetry down to the roots. This style takes time to create and is ideal for the patient dread connoisseur. 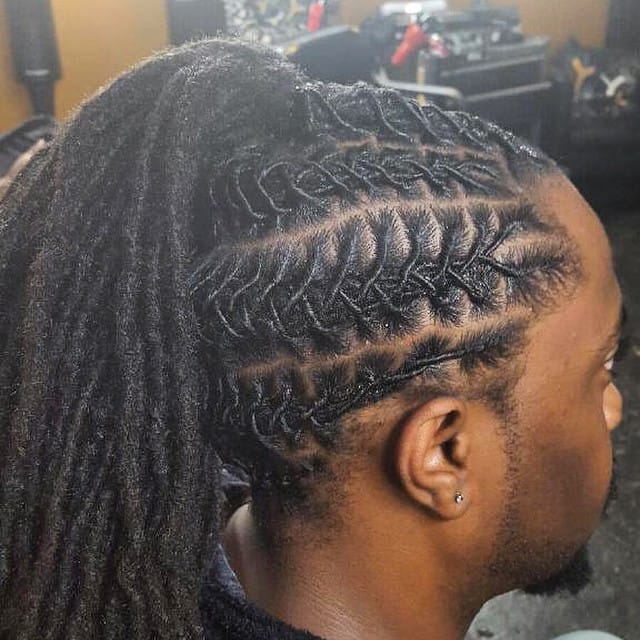 Colourful dreads are mostly to be found on the heads of women. If you had Tekashi 6ix9ine in mind reading this, you’re not entirely off the mark. But best believe that this particular style is mostly a female thing. Who would want to quarrel with that? 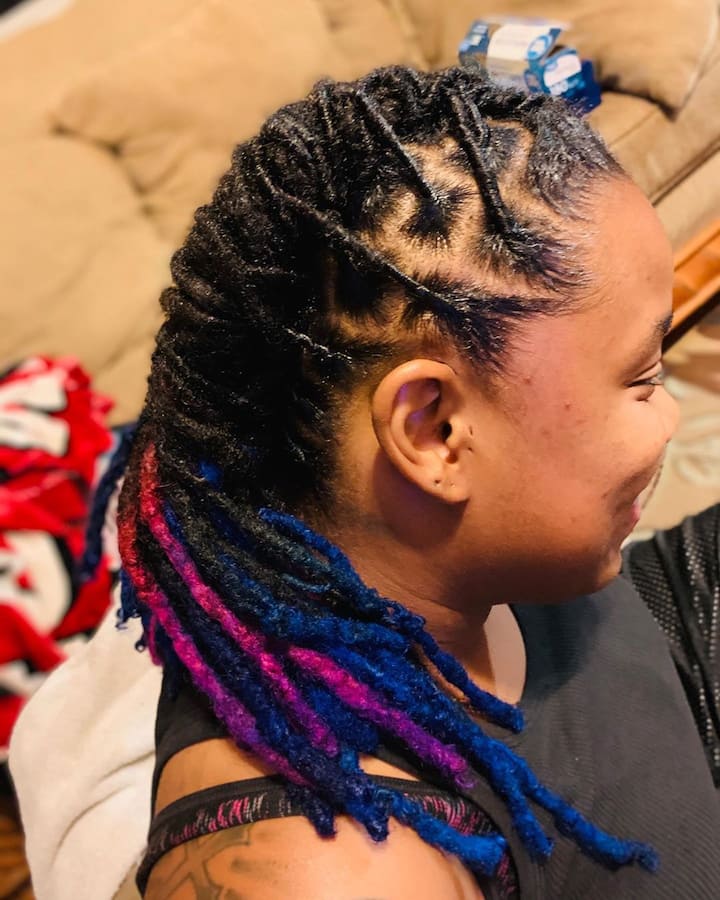 The name speaks for itself. This dread is not your regular, however. It is “fabulous” – rich in density and texture. You may say the definition of thick. It’s most often to be found on men than on women. 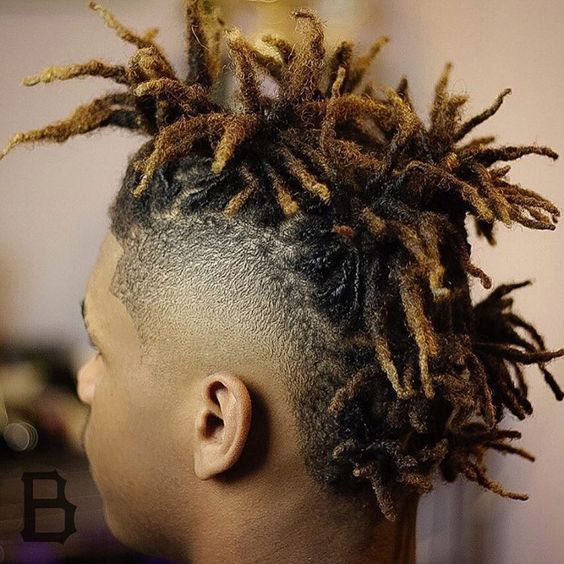 Bohemian dreads are another style you might want to try. With its free-flowing locks, it looks like something that would be perfect on the heads of a rock or reggae musician. It should go well with a bod or broad. You will readily find this on the head of a male, but the ladies rock it easily and the most. In fact, we can point more females rocking this dread style shows a thick rounded “thatch” on the middle of the head, with free dreads flowing by the sides. 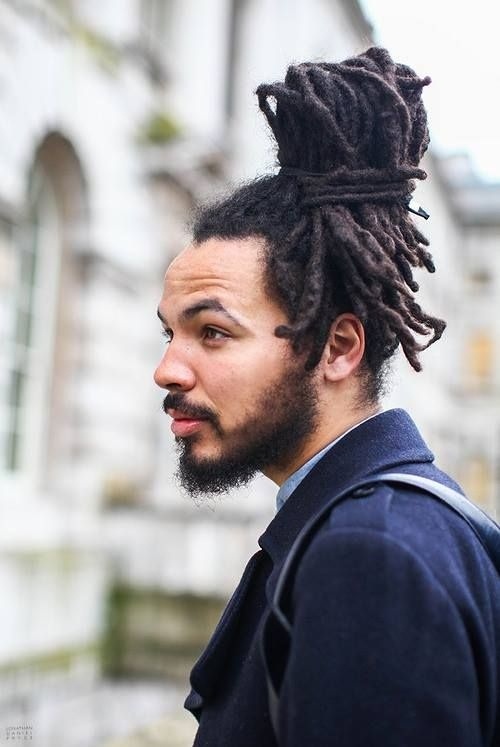 It’s all in the colour here. While this might be natural in some instances, in others, it is not, as dread lovers can also dye their dread blonde to achieve something different or expressive. Blonde dreads are most often found on ladies. 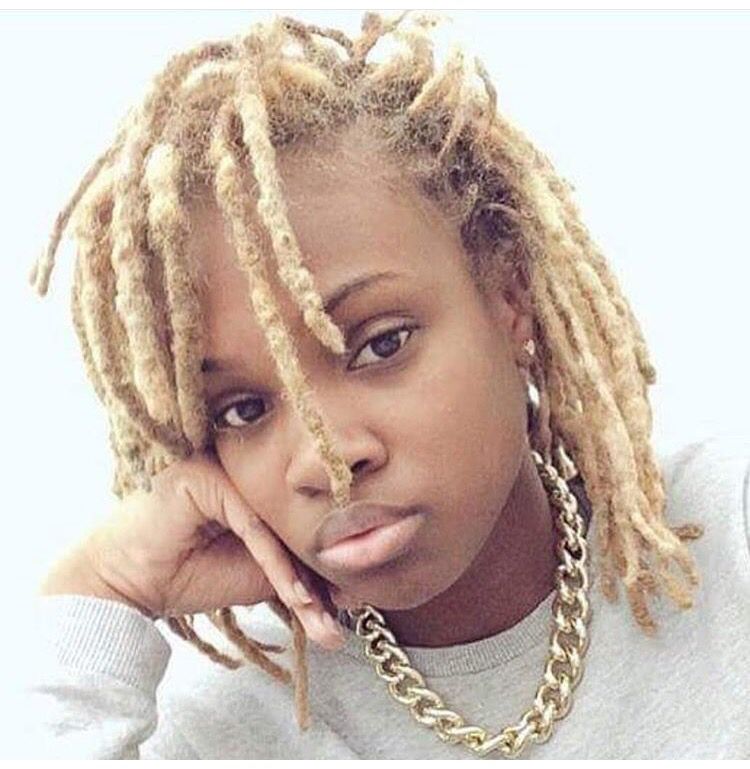 The origin is right there in the name. The dreadlock is of medium length and pretty awesome on both sexes. It is also easier to maintain, which explains why some people go for it. Medium dreads can be blonde. Or not. 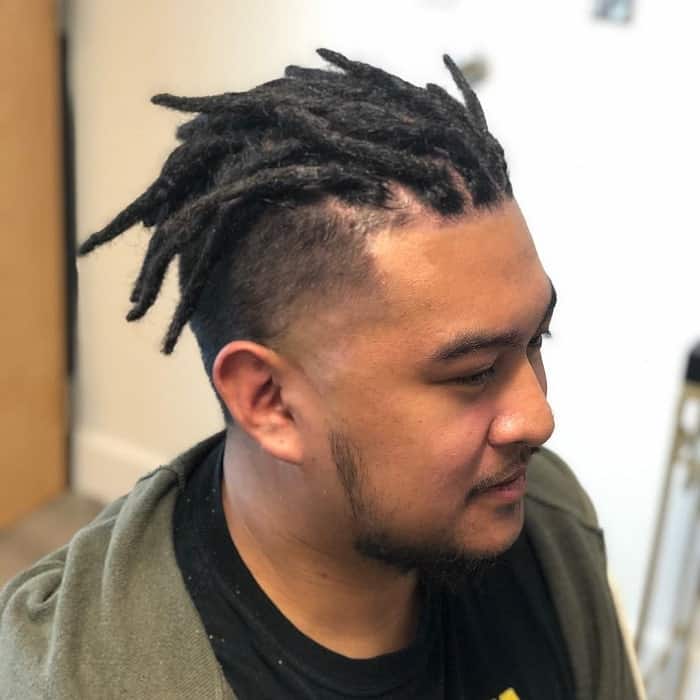 This is nothing more than your regular dreads (usually long) packed into a ponytail. The style is pretty common. However, it appears that men fancy it the most. It still looks good on the ladies, of course. 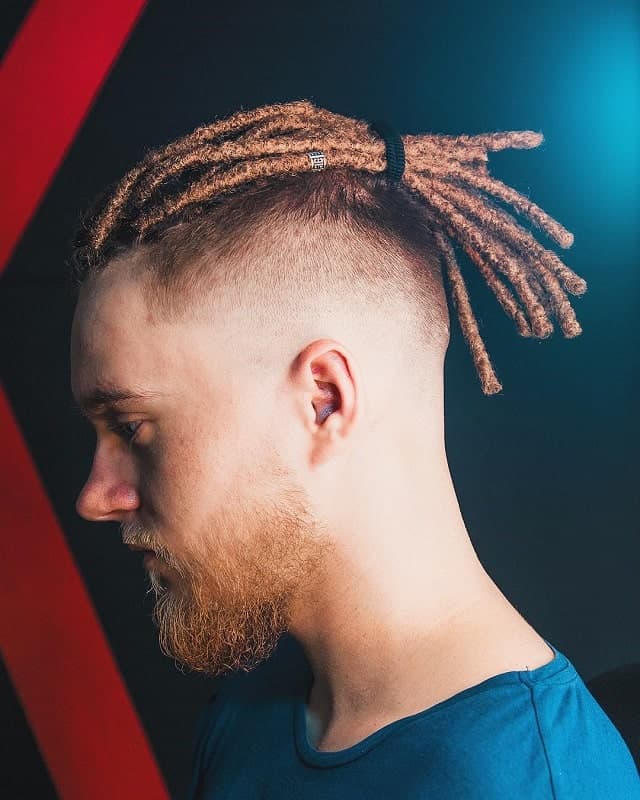 Wavy dreadlocks bring some wavy fire into the head for those who are ambitious enough to try it out. Wavy dreads are pretty popular and go well on the heads of the ladies and the gents. However, it appears they are most often to be found on the head of a woman than a man. But that’s by the way. This is not your regular but truly extensive, sometimes reaching to the backside. A couple of charming adjectives have been used to describe it, including “hot.” And indeed hot it is. It’s most popular with the blokes than with the ladies.

15. Crew Cut Dreads
If you’re feeling somewhat ambitious and creative, you might want to try the crew-cut dreads. Here you have your regular crew cut, with the dreads smack in the middle and sometimes at the back of the head as well. 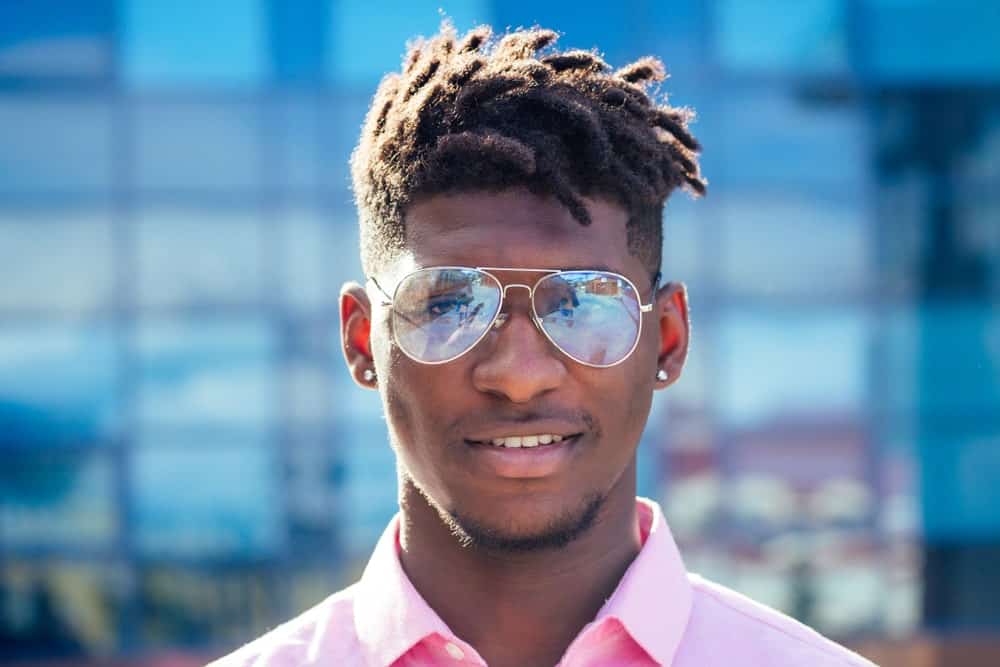 This dread style is most common with men than with ladies. Compared with other dread styles, it is also not the most popular.

Given how dreads have evolved and continue to evolve, they will probably stick around till the end of time.

Tags
Dreadlocks
John Israel A Send an email 7 November 2022
Back to top button
Close
We use cookies on our website to give you the most relevant experience by remembering your preferences and repeat visits. By clicking “Accept All”, you consent to the use of ALL the cookies. However, you may visit "Cookie Settings" to provide a controlled consent.
Cookie SettingsAccept All
Manage Privacy