Here is a list of the 9 artists who are taking SA music international.

If you’ve paid close attention, you’d notice that some of Mzansi’s biggest artists have been pushing our music far beyond Africa, and into various parts of the world. Some have created viral hits that have reached the world, and earned massive recognition by bagging signings, collaborations and winning prestigious international awards.

It wouldn’t be fair if we didn’t shine a light on them. So, here’s a list of 9 Mzansi artists taking our music international; 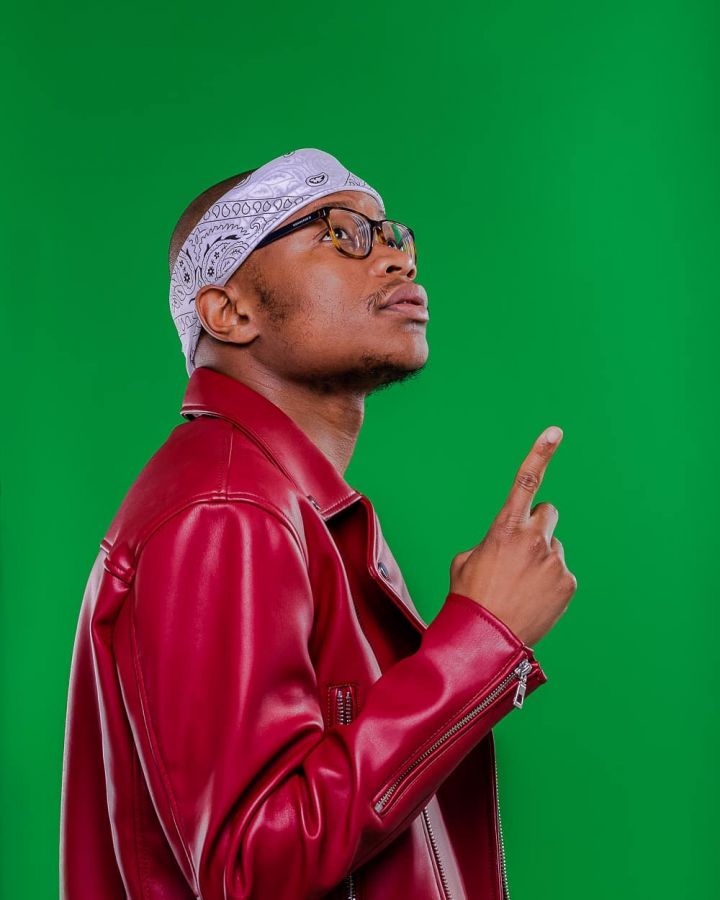 This could very well be 2020’s biggest break out star. We doubt that there’s anyone in the world with access to the internet who hasn’t heard about Master KG or his viral hit song “Jerusalema”. The Mzansi star previously earned recognition around Africa with his hit “Skeleton Move” featuring Zanda Zakuza.

He earned even more recognition after the release of his biggest hit song “Jerusalema” featuring Nomcebo Zikode. The song was recently revealed to be the most Shazamed song in the world. It has gotten love from celebrities around the world including Cristiano Ronaldo, Janet Jackson, Chance The Rapper and more. 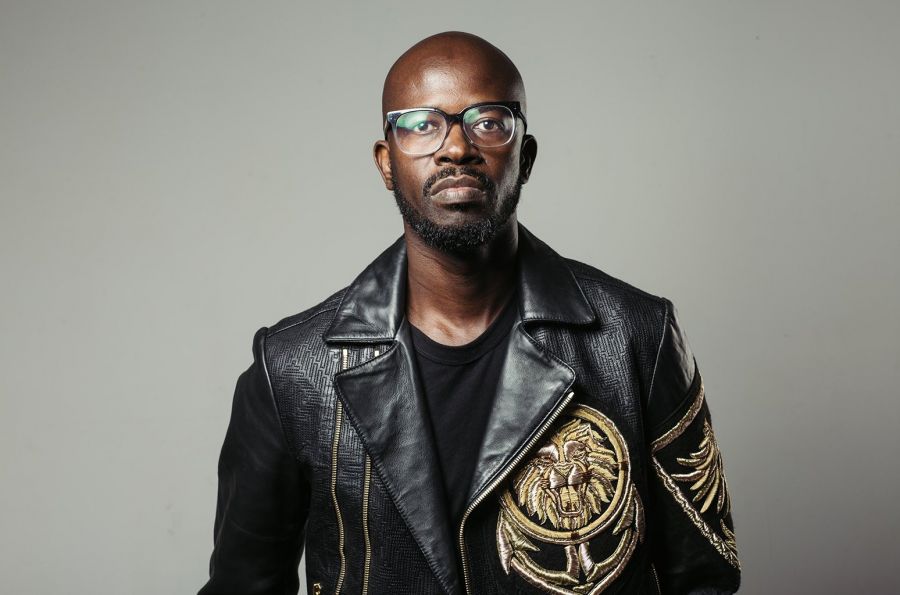 If being international had a synonym in Mzansi, it would be Black Coffee. The talented Disc Jockey is not only Mzansi’s most successful DJ internationally, but also one of the most respected DJs in the world. Thanks to him, Mzansi music has earned a lot of recognition in various parts of the world.

Black Coffee has a long list of fans who are international celebs. This includes Paris Hilton and more. He has also collaborated with several of them including Drake, Usher and more. Coffee is probably Mzansi’s most booked DJ outside the country, and the continent. 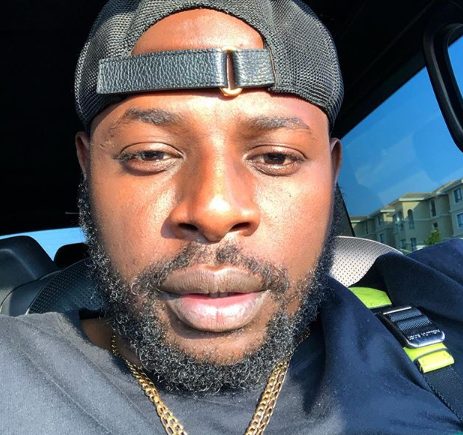 DJ Maphorisa has earned a spot on this list for a lot of reasons. The Mzansi star is one to follow because he has attained heights many only dream of in the music industry. Lawd Phory has a long list of credits when it comes to collaborations on an international level.

He has worked with several international acts including Major Lazer, Beyoncé, and more. Maphorisa, alongside Kabza De Small and more is credited to be the reason why Amapiano has been earning international recognition lately. Phory continues to take Mzansi’s sound far beyond the country’s shores. 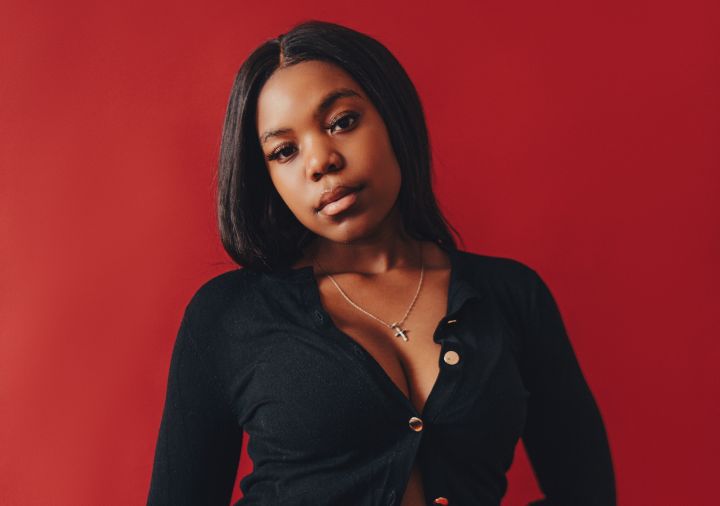 The success and recognition that Mzansi RnB & Soul star, Elaine has achieved in only a short while is just amazing to see. The talented singer who independently released her debut EP “Elements” has earned a lot of love for it since it dropped. She has not only been recognized by Apple Music, but also caught the eye of a lot of people outside Mzansi.

The first time SAMA nominee has already recorded a platinum project and continues to go strong on the streaming charts. We can’t wait to hear that she’s been nominated for international awards, because that if definitely going happening soon. 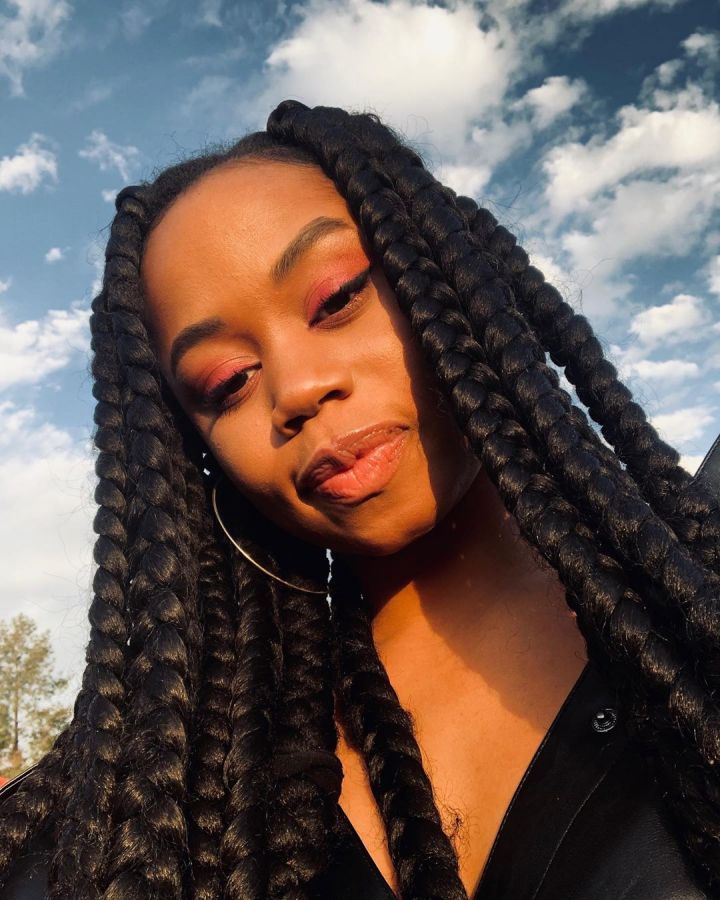 Popular Amapiano vocalist, Sha Sha has been making Mzansi proud since she hit the scene. The talented Zimbabwean songstress who is signed to DJ Maphorisa’s Blaqboy Music label has proven to be one of this year’s biggest breakout stars.

Although, Sha Sha was already one of Amapiano’s biggest contributors in the country, we got even prouder when she was announced the winner of BET’s “Best New International Act” award. She definitely shone a light on the country like Sho Madjozi did last year. 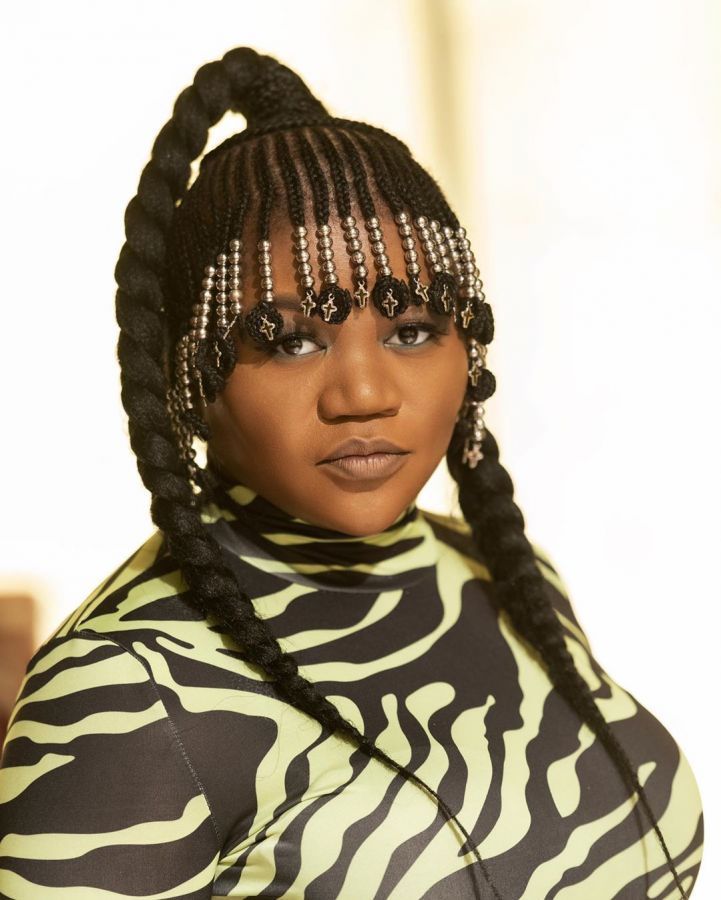 Everyone who knows Busiswa knows that she’s a go-getter. The talented Mzansi vocalist has been putting in so much work since the hit the scene many years back. She has become one of Mzansi’s most featured artists on an international level snagging features with Niniola, Patoranking, Becca and more.

Busiswa also earned so much praise when she appeared on the Beyoncé-curated Lion King soundtrack album, “The Gift”. She also appeared on the film “Black Is King” which was a big success. 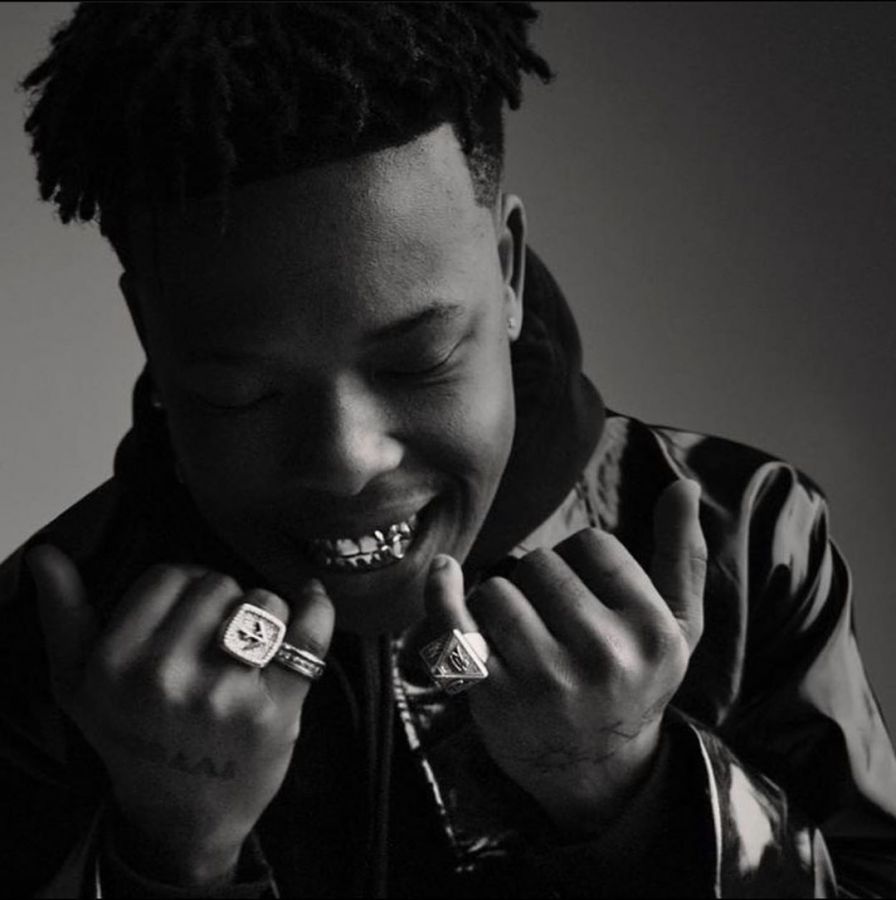 Nasty C bagged a signing with Def Jam after which he dropped his “Zulu Man With Some Power” album which was a huge success. He is also Mzansi’s most recognized rapper internationally, earning collaborations with notable names including T.I, DJ Whookid and more. 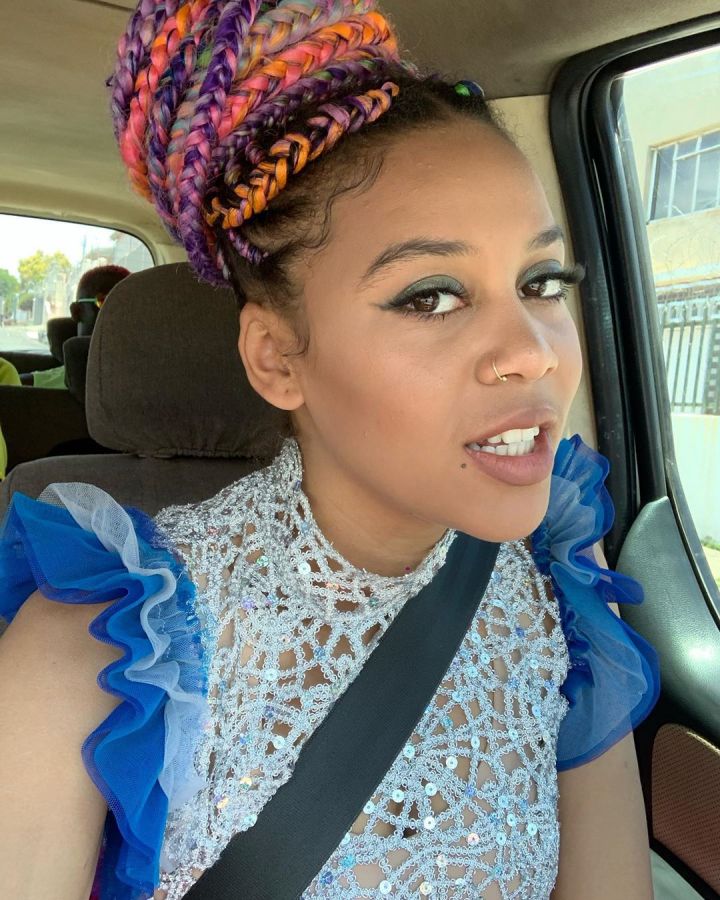 She has since gained a lot of love across Africa for her music, and performed on various stages all over the world. She has also with several international artists. She became the first Mzansi act to sign a deal with Epic Records. 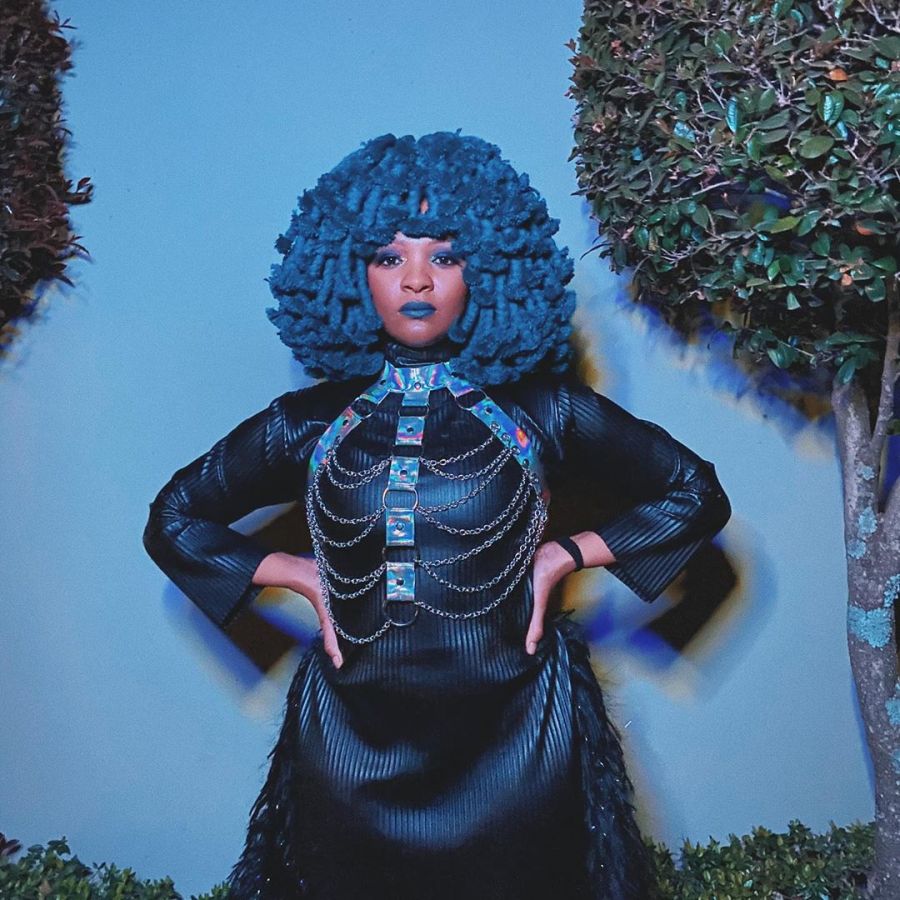 Moonchild Sanelly has been making Mzansi proud from last year into this year. Not afraid to make her own kind of music, she earned a spot on the Beyoncé-curated Lion King soundtrack album “The Gift”, and also appeared in “Black Is King”.

She was also announced to be featured on a song on British band, Gorillaz’s new album “Song Machine”. She also signed to international label, Transgressive Records this year.