Days to the end of March 2021, The Boy Doing Things A-Reece wowed the world with a body of work entitled “Today’s Tragedy, Tomorrow’s Memory” mixtape.

It wasn’t a surprise drop, though. The world was already aware the project was imminent before the songster released it on 26 March.

With this hip hop project, A-Reece was a little of a tease. It wasn’t what fans were expecting. Most fans had their eyes on a sequel to his “Paradise” album of 2016. The champ had released that project when he was signed to Ambitiouz Entertainment.

He’s since left the controversial record label but the music continues – now, as an indie artiste. “Today’s Tragedy, Tomorrow’s Memory” follows a couple of releases, including his “Reece Effect” project with the producer MashBeatz, the only soul he’s following on Twitter.

“Today’s Tragedy, Tomorrow’s Memory” the mixtape has an interesting title history. According to A-Reece, he changed the title of the project thrice. Well, the final title bears so much imagery the music-loving public might want to check out the project on that count.

This body of work begins on a somewhat dark note, with A-Reece tapping the imagery of Mark 15 vs 35. The song was probably written in 2020, around the time the songster lost his father with whom he was very close.

It was a difficult year for the songster, a year in which he suffered writer’s block, but he managed to pull through. The result is one memorable song for the music-loving public and one with a high relatability ratio. Who has no suffered loss, one way or the other?

In “Hibachi,” A-Reece probably has one of his finest numbers in “Today’s Tragedy, Tomorrow’s Memory” mixtape. It’s a work of sterling musicality and sonic charm that will delight just about anyone. If you have to listen to just three songs on this mixtape, “Hibachi” should be one of them

The song is like a benediction of the soul – unforced and true. Here, A-Reece might be said to be at one of his most engaging.

The follow-up track, “The 5 Year Plan,” for for which A-reece tapped the vocal resources of his pal Wordz, does not bring you some drab catalogue of what’s coming in the songster’s rap future, but you sure get to have a wonderful time with it.

“The 5 Year Plan” is one of the songs A-Reece shared with the public before releasing his “Today’s Tragedy, Tomorrow’s Memory” mixtape

In track 4, “The Same Thing,” A-Reece stayed true to form, spitting his bars alongside Jay Jody. It’s one of the strongest collaboration on this project and one that we readily affirm our love for. Here you meet A-Reece old yet new, sharing a musical experience that will stay with you a long time.

The next track sees A-Reece freestyle alongside Belo Salo. “Nightmare on Bryanston Drive” might promise a nightmare in its title, but you might not get that ultimately. Not bad, really.

While the song lacks the magical appeal of “Hibachi,” it is yet powerful – something to play over and over and tell others about as well. The song takes the listener into a corridor of contrasts. To every good person out there, there is a dark side… 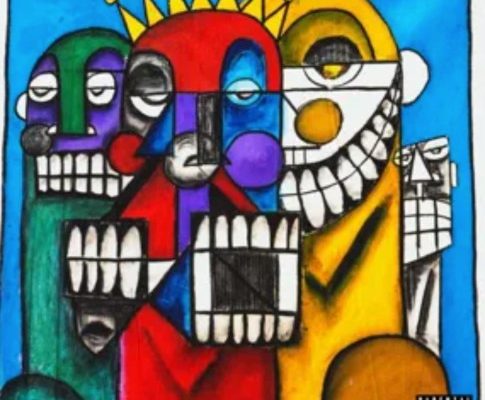 For “Dichotomy,” A-Reece flies solo. He does so well in alone that one cannot fault the absence of  a guest artiste. The track might be counted among the relatable numbers in his project in review.

For the follow-up track, “No Man’s Land,” A-Reece once again linked up with Wordz, a fellow one-time member of the now defunct The Wrecking Crew. With nothing out there to wreck, the pair wrecked “No Man’s Land.” Their delivery is irreproachable.

A-Reece tapped Ayanda Jiya for “Jimmy’s Interlude,” a song which, although not a favourite, will still have a ready audience out there.

The two artistes have collaborated previously. Here, they reignite their collaborative spark. The result is luminous. The same might be said of their “RE$IDUAL $ELF-IMAGE” tune, which follows just behind.

The song actually gives the listener a side to A-Reece they might not be familiar with previously – that making music is pretty personal for him.

What follows, “Morning Peace,” a collaborative work with Jay Jody, advertised A-Reece for his lack of drama – or his aversion to melodrama, if you please. Let us just get on with life and no focus on the divisive elements of our relationship.

For “Bravo,” A-Reece linked up with notable lyricist Stogie T and Belo Salo. A standout collaboration, this. It’s hard not to fall for what the three have put together here.

For the last two tracks in “Today’s Tragedy, Tomorrow’s Memory” mixtape, A-Reece had no guests. That’s just as well, though, for the songster was yet at his charming self, taking the listener into splendid lyrical worlds – world to be in.

A-Reece took his time with “Today’s Tragedy, Tomorrow’s Memory” mixtape, and it is obvious. We count it one of his finest projects yet.

Tags
A-Reece Hip Hop Review
John Israel A Send an email 12 April 2021
Back to top button
Close
We use cookies on our website to give you the most relevant experience by remembering your preferences and repeat visits. By clicking “Accept All”, you consent to the use of ALL the cookies. However, you may visit "Cookie Settings" to provide a controlled consent.
Cookie SettingsAccept All
Manage Privacy