KwaZulu-Natal born singer, director and songwriter, Aewon Wolf recently dropped a new EP titled “Moon”, and it’s been getting a lot of great reviews. The 8-track EP features contributions from Thelifeofafly, Rey Oceans, Lz and Earl Evan’s all of whom do amazing jobs on it.

The project first starts off the sound of wolves howling. That gives your a certain feel of what to expect. It is almost cinematic without outright visuals. Thing is, you practically see things as the music plays. He calls the first song “Howl (A ballad to the moon)”. The words “cause I’m just a Wolf and you’re my moon” seem to stay with you as he repeats them. 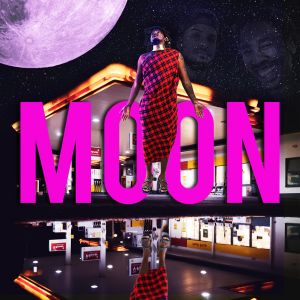 In the album’s second track, he lets go of the eerie and embraces a more thumpier sound. He calls the song “Say It Louder” and features Rey Oceans on it. The beauty of the song is that it is basically a morning song just as the lyrics implies. Sounds like something you’d play when you get put the shower and while you have breakfast on a Saturday.

Track 3 is titled “Be Better” and features Thelifeofafly. It is slower than the second track, and way more emotional and simple than the first. He sings about change on this one. He teams up with Rey Oceans again for the hopeful “Tomorrow”. It is more upbeat, and very positive.

Each one of the songs on the project comes with a different feel. The beauty of it is that it takes you on a high and keeps you there. It is both a positive record, and also very self-reassuring. He expertly rides through genres in a way that makes you okay with it. Each song is a story worth hearing. We’re giving 4.2 stars to this project.  You should check it out if you haven’t.

Tags
Aewon Wolf Feature Review
John Jabulani Send an email 12 November 2020
Back to top button
Close
We use cookies on our website to give you the most relevant experience by remembering your preferences and repeat visits. By clicking “Accept All”, you consent to the use of ALL the cookies. However, you may visit "Cookie Settings" to provide a controlled consent.
Cookie SettingsAccept All
Manage Privacy