Amazing Voices Africa is one of many avenues to bring hitherto unknown talents into the consciousness of the music-loving world. And those who participate in this pan-African singing reality competition and eventually win, they do not only get to embrace fame but walk home with thousands of dollars in prize money ($100,000).

Even those who don’t win have somehow stamped their names in the consciousness of the public. So, either way, something good should come out of participating in the competition.

The second season of Amazing Voices Africa drew participants from several African countries, including Ghana, Zimbabwe, Kenya, South Africa and Nigeria. About 546 initial online video entries were made from participants across Africa.

The completion is opn to (unsigned) groups only, with a group membership of between four to eight members.

At the end of the day, though, only one group walked home with the price money.

In other words, the organizers of the show picked a judge each from the five countries allowed to join the competition, thereby preempting any possible claims of bias in the judging process. The judges are:

Vusi Nova is a South African musician and one of the famous voices in the country’s music orbit. He stands out for several fine numbers, including the national hit “As’phelelanga.” Of recent, speculations about his sexuality appear to have overshadowed his musical achievements

Trigmatic is a rapper and songwriter of Ghanaian provenance. His interests transcend music, though. He’s also a farmer!

Filah is the adopted stage name of the Kenyan Philip Tuju Sijenyi, who runs a musical academy and has a burning vision of mentoring new talents. He’s also a composer.

This Zimbabwean songstress grew up in a musical family, so it was inevitable she should leap into the world of music. Her genres are RnB and afro-pop.

Evelle has had experience on a reality television show – as a contestant. And she brings her show experience to the judging panel. She was a winner of the Nigerian Idol season 4. 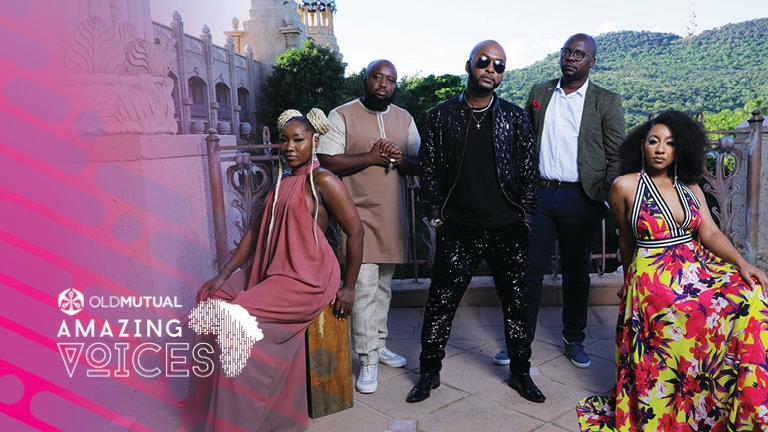 The audition phase of the competition had over 500 entries. But only ten groups made it to the eventual judging process, with one group winning ultimately

When you speak of presenters of Amazing Voices Africa season 2, you reference the judges who listened to singing hopefuls and eventually made their decisions on the winner. The presenters are Evelle, Trigmatic, Ammara Brown, Vusi Nova and Filah

That decision is one they’re glad they made. The group has been together for about 10 years. 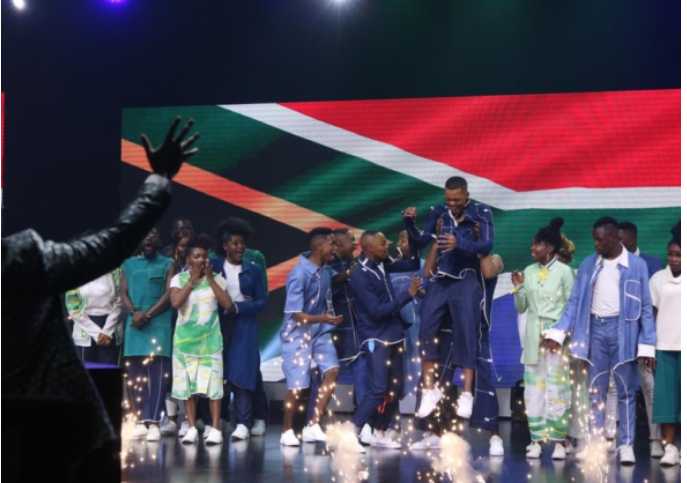 Hush SA was announced winners of the competition on Sunday 4 July and celebrated joyously on stage. The announcement comes after a sterling run on the show, the finale of which was streamed in five African countries.

Prior to the final victory, throughout the competition, the group had secured 5 Golden Voice wins for the best performance. Their winning the $100k star prize shouldn’t be surprising, perhaps.

Tags
Amazing Voices Africa Hush SA
John Israel A Send an email 6 July 2021
Back to top button
Close
We use cookies on our website to give you the most relevant experience by remembering your preferences and repeat visits. By clicking “Accept All”, you consent to the use of ALL the cookies. However, you may visit "Cookie Settings" to provide a controlled consent.
Cookie SettingsAccept All
Manage Privacy