A while back, South African rapper Flvme released a body of work titled “Germander.” From the look of things, the songster is still enamoured with that title. That’s the most potent explanation for his adopting the same title for a new project. Welcome to the world of “Germander II” by Flvme.

If you’re conversant with Flvme, then you probably already know he’s a man proud of his work, and he most times openly appreciate those who aided his releases. The case is no different from his latest drop. The songster shouted out Zoocci Coke Dope and others involved in the production. He asked for a round of applause from his fans for them.

“Germander II” is already trending on the no. 1 spot on the Apple Music albums chart. So, obviously, fans are keenly interested in the project. We invite you to join us as we explore the world of that body of work.

Flvme has a predilection for the dramatic and the imagistic in his adoption of cover art. The same love played out in the artwork for his latest project.

The songster drew the fans into the world of nature, with butterflies aloft—a wild embrace of the Edenic. There’s a dreamy essence to the cover art that reverberates through much of the songs in the compilation—as it should be. 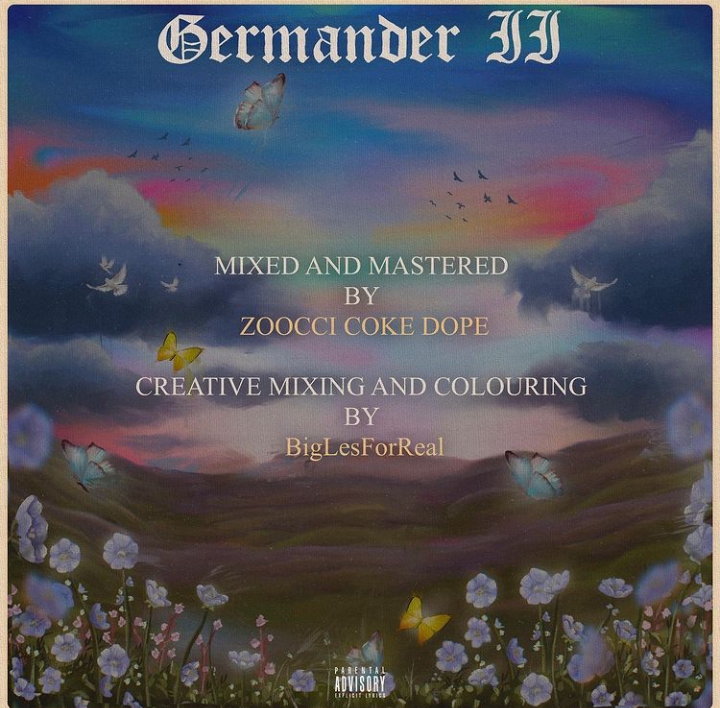 Flvme has always been a minimalist. The same minimalism played out on the tracklist of his latest project. It bears just 13 tracks. 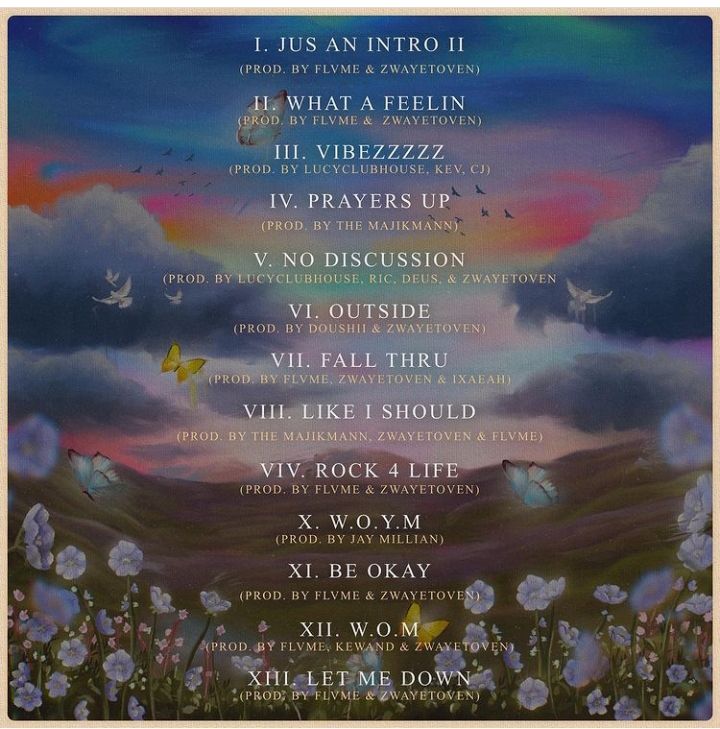 Guest artists are like condiments to stew. They bring some flavours to the songs on which they are featured. Flvme knows this only too well, but he wanted to be entirely in charge with this one, so he co-opted none of his pals and associates for his latest drop.

From the first track to the last, the songster spat his bars alone. It’s unclear why he worked with no guest artists, excluding the producers, but he still did well.

Ask a music lover out there about a project, and he will tell you some songs resonate with him more than others. And that’s understandable. All pieces will rarely ever be the same.

Anyway, left to us, we would say that some songs resonated with us more than others in Flvme’s latest drop.

One such song is “Vibezzzzz” (track 3). This number has that fiery energy that makes you want to remain on the dance floor and hold on to the luminous aspects of life.

“Prayers Up” (track 4) is another winner for us. This highly relatable jam will appeal to music lovers beyond the orbit of rap. It’s a song for all, really.

We also confess a great affinity towards “Rock 4 Life.” This is more than a song. It’s a call to tap into one’s inner energy and claim all things good. We count this a jam for the athletes of the good life. Who doesn’t love the good life?

For his latest project, Flvme encapsulates several messages from the audacity of being and becoming to love, relationships and life generally. In this compilation, there is something for everyone, whether they are into rap or not.

Flvme fancies himself a bloke on fire, hence the adopted stage name. And to his credit, he has been on fire for much of his career. He’s yet on fire spitting his verse on “Germander II” album, a liberating compilation for those who dare.

Tags
Flvme Hip Hop Review
John Israel A Send an email 13 September 2022
Back to top button
Close
We use cookies on our website to give you the most relevant experience by remembering your preferences and repeat visits. By clicking “Accept All”, you consent to the use of ALL the cookies. However, you may visit "Cookie Settings" to provide a controlled consent.
Cookie SettingsAccept All
Manage Privacy