Sammie Heavens is the name by which she is famous, but Ntombizodwa Beatrice Sibanyoni is apparently her real name. Imagine her as the psalm in Nasty C’s life, and one with letters the Zulu Man With Some Power never gets tired of rehashing. What started as ordinary friendship has become one of South African hip hop’s most talked about relationships.

Nasty C is a famous figure. Expectedly, his fame has rubbed off on his girlfriend: the world is curious about her as they are about him; and whatever she does or says ipso facto snaps attention.

Who, exactly, is Sammie Heavens? Well, a similar question bubbles in our bowels as well. Join us, then, as we follow the trajectory of her life and how it syncs with the “EAZY” rapper’s.

Some celebs elect to keep their relationships away from public, saying absolutely nothing about who they are dating or are in a relationship with. The reasosn for this are many, but one stands out all the time: claims that the media has a way of ruining these relationships with false reporting.

Well, Nasty C walked the same path initially, choosing to shield Sammie from the public’s binoculars. When he changed his mind – after she completed high school – and introduced her as his girlfriend, expectedly, the world had its binoculars trained on her immediately. Fans were ecstatic. 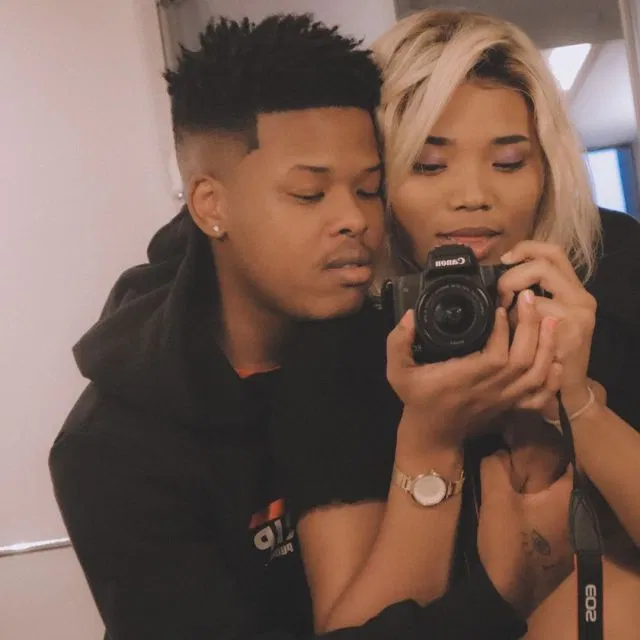 The couple’s relationship dates back years, though. According to Nasty C, they both met at Nuz Junior High school when he was in grade 8 and she was in grade 7. It wasn’t until a year later, when Nasty was promoted to grade 9 and Sammie turned 15, that they became an item.

Sammie is one of the prettiest WAGS out there in the world of South African music. Her skin sparkles like that of her lover. The two are photogenic together.

Besides her physical charms, Sammie can sing as well. You heard that right. She has a splendid voice and does sing, although you may not have encountered her singing or heard her recording anything.

Sammie Heavens isn’t just in a relationship with a fashion icon; she is herself a fashionista and one of the most glamorous girlfriends out there. She has inspired most of Nasty C’s lyrics and he loudly acknowledges her as his source of emotional support.

Sammie has a catholic taste in music and listens to other artistes apart from Nasty C. The “They Don’t” rapper may have a public beef with A-Reece, but Sammie apparently is no party to the beef. It was recently reported she was at one of A-Reece shows and vibed with his music.

Sammie has a strong personality. She might appear young – and indeed she is – but Sammie is not someone you can push around or mess with. She knows people will always talk – sometimes negative things about her and her relationship – and she has learned the good old art of indifference in handling situations like that.

For more details about Sammie’s life and relationship, you might wish to watch the videos below.

Tags
Feature Nasty C Sammie Heavens
John Israel A Send an email 15 June 2020
Back to top button
Close
We use cookies on our website to give you the most relevant experience by remembering your preferences and repeat visits. By clicking “Accept All”, you consent to the use of ALL the cookies. However, you may visit "Cookie Settings" to provide a controlled consent.
Cookie SettingsAccept All
Manage Privacy