Josiah De Disciple is yet a disciple of amapiano music, although he might have split with his pal Mr JazziQ with whom he once shared membership of the group JazziDisciples.

Josiah’s amapiano discipleship is evident in his latest body of work titled “Spirits of Makoela, Vol 2: The Reintroduction” album.

The release of this project is symbolic in that it popped online in the same period Mr JazziQ unleashed his “Party With The English” album. Expectedly, fans have been making comparisons between both projects.

We’re here for Josiah De Disciple’s “Spirits of Makoela, Vol 2: The Reintroduction” album. This body of work popped on Apple music and other digital platforms on April 30.

Well, before the songster dropped his “Reintroduction,” a year ago, as a member of the JazziDisciples duo, Josiah had released “Spirits of Makoela,” a 14-track compilation.

With the group no longer together, Josiah appears to reintroduce himself to the amapiano congregation as a solo artist with his latest body of work.

“Spirits of Makoela, Vol 2: The Reintroduction “album totes 12 tracks in all – 2 tracks short of the original. The project begins with an eponymous track and ends on a “Play Boy” note. 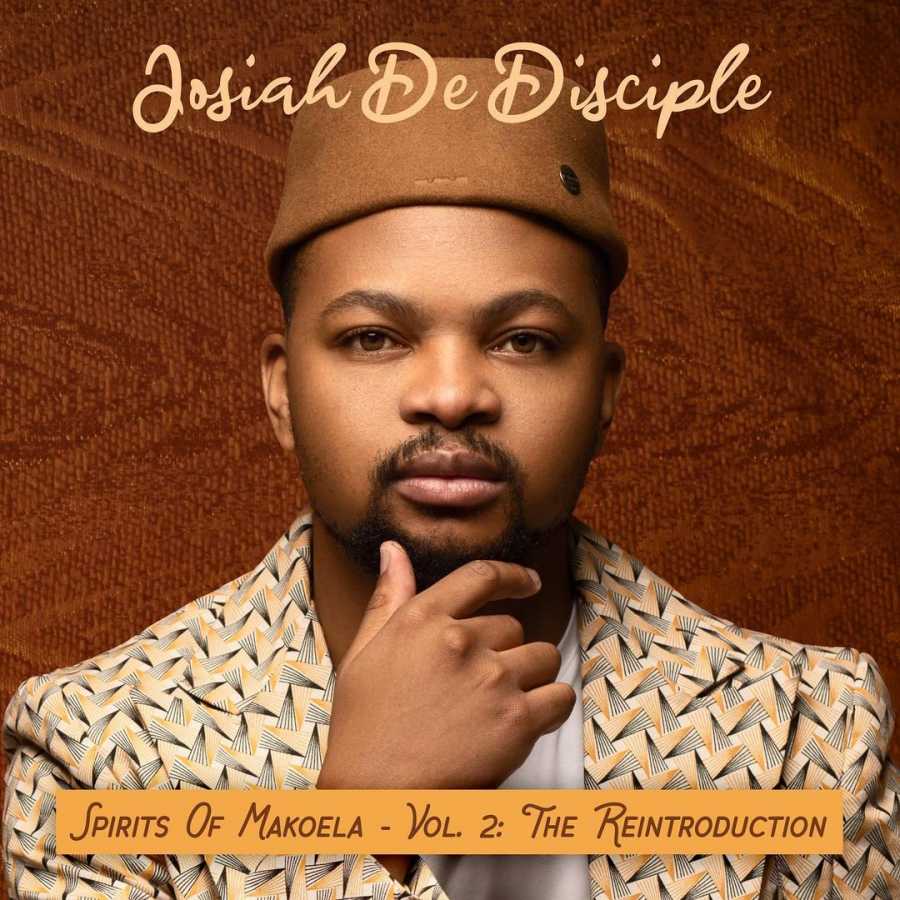 The lead single brings you the piano spirits. It’s an invigorating number that might be described as deserving of its place on the playlist.

The second song in this compilation is titled “Sponono” and features Fency. It’s unknown why Jopsiah De Disciple should adopt that title, it having been used previously by the Piano Kings Kabza De Small and DJ Maphorisa.

The Piano Kings’ “Sponono” tune was a hit. Josiah’s, while a soul charmer, does not compare in appeal. But that’s by the way.

Things heat up pretty fast in “Manuel,” a track for which Josiah De Disciple apparently worked with Kabza De Small.

The 5th track, “SMS,” promises as much as it delivers. It just might bring you memories of a time you engaged a heartthrob who was away.

For track 6, “Khuzeka,” Josiah tapped the vocal resources of Jessica LM. For the next track, “Funguvhu,” Josiah worked without any guests but still did well solo.

In the follow-up track, he would tap the vocal resources of Teejay. One can’t fault the pair’s coming together, as they did great as a team. In fact, the listener might end up hankering for more joint offerings from them.

Track 9 has some violin elements to it. It is inevitable Josiah should elect to work with a fine violinist on it. Rams De Violinist had a fine outing on this number. Paired with Josiah, he created a soul charmer.

In track 10, “Josiah” treats fans to what he calls his story. He had Da Ish to help him with his narration. “My Story” is highly ratable and should not lack for fans.

The 11th track, “Amazon,” conjures multifarious images in mind, all of them indicating power and assurance. But are those what Josiah treated in the song. We’d leave that for you to find out if you please.

Finally, we get to meet the “Play Boy” himself.  Oh well, kinda. “Play Boy” is the last track in the album and one that brings to mind several images – and they’re not positive ones. But that’s by the way.

Josiah De Disciple may have broken with Mr JazziQ, but he shows in his “Spirits of Makoela, Vol 2: The Reintroduction” album that he is actually his own man – an artist who can keep the public entertained with scorching bars.

“Spirits of Makoela, Vol 2: The Reintroduction” album is a project to check out if you care to be delivered from the bend of the boring.

Tags
Amapiano Josiah De Disciple Review
John Israel A Send an email 4 May 2021
Back to top button
Close
We use cookies on our website to give you the most relevant experience by remembering your preferences and repeat visits. By clicking “Accept All”, you consent to the use of ALL the cookies. However, you may visit "Cookie Settings" to provide a controlled consent.
Cookie SettingsAccept All
Manage Privacy