Jumbo makes a grand leap into the world of Christian music with a new compilation titled “Vela Nkosi” album. From the very beginning, you realize so much emotion was invested in this project.

Jumbo hasn’t popped much on our orbit but made a fine showing with his “Vela Nkosi” album, an 11-track project that will capture attention any day. The album begins with a track dubbed “Ngeke” and ends with “UnguThixo.”

In none of the tracks did Jumbo think it worthwhile to work with another artiste. All tracks in this compilation are sans guests. The lead track is a lyrical winner that set the pace, bringing the listener into a fine musical world.

“Singayaphi” continues from there with no boring lapses whatsoever. The result? You get all the confidence you need to continue exploring the project.

What follows is actually another fine number, an eponymous track, that might be counted among the most engaging in the project. “Vela Nkosi” the song, on its own, can make you decide to check out what Jumbo has got in his kitty.

In track 4, Jumbo amplifies the place of Christ in the lives of the believer. There might be competing deities and all, but none compares to Jesus. There is no one like Him and there cannot be anyone like him. The song can ignite the faith of many out there. 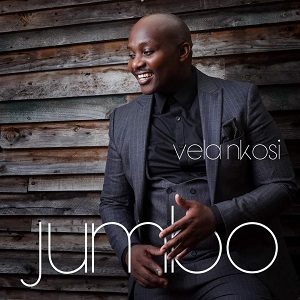 “Mawudunyiswe,” which occupies the 5th spot on the tracklist, is a song of praise potent enough to bring down the hosts of heaven for your sake. It is impossible to listen to this song and not somehow nurse feelings of gratitude to God for the life you have and might have in the future.

The 6th track in the album, “Wakrazulwa,” might bring images of Crists sufferibg at Calvary for the redemtion of man. It might also prime the soul of many out there to be convicted and to receive Christ afresh.

The follow-up track, “Dwala,” although interesting, does not fall in the league of our favourites. That’s no excuse not to check out the track, though.

Track 8, “Igazi LikaYesu,” bears so much spiritualk energy it just might transform your life for good. It is a song to sing when it appears like the adversary has encircled you and there’s no way of escape. Well, there’s a way, and that’s the blood of Jesus.

“Igazi LikaYesu” is one of the easy favourites in Jumbo’s “Vela Nkosi” album. That song ought to be on the lips of every Christian who’s about to engage in spiritual warfare. With this song, you might be assured that the hosts of heaven are near and will intervene in your case.

This verdict should in no way make you skip the “Jerusalema” I your wanderings through the orbit of “vela Nkosi.”

Track 11, “Yehla Moya,” is a deeply moving number that just might bring down the Holy Spirit right where you are. We count it another favourite in that compilation. The power of this song will keep you going for days.

Jumbo’s “Vela Nkosi” album ends on an affirmative note with a song that loudly acknowledges the power of God. He’s God and there’s none like him.

As far as Christian music goes, in South Africa, Jumbo is not the most resonant voice out there. With “Vela Nkosi” album, however, he makes it clear he’s a voice to watch out for.