Okay, so finally we get to hear “The Voice Of Africa” as delivered by South Africa’s Kelly Khumalo, singer, songwriter, model.

Agreed, it was a long wait for this body of work. Mercifully the songstress had kept fans warm with sporadic treats from the compilation, ensuring the wait for the full body of work wasn’t a boring one.

She had, for instance, released “Empini” and the Hlengiwe Mhlaba-assisted “Ngathwala Ngaye” before the final project dropped. “Ngathwala Ngaye” was particularly popular with fans. With aren’t surprised, though, for reasons that should be apparent presently. 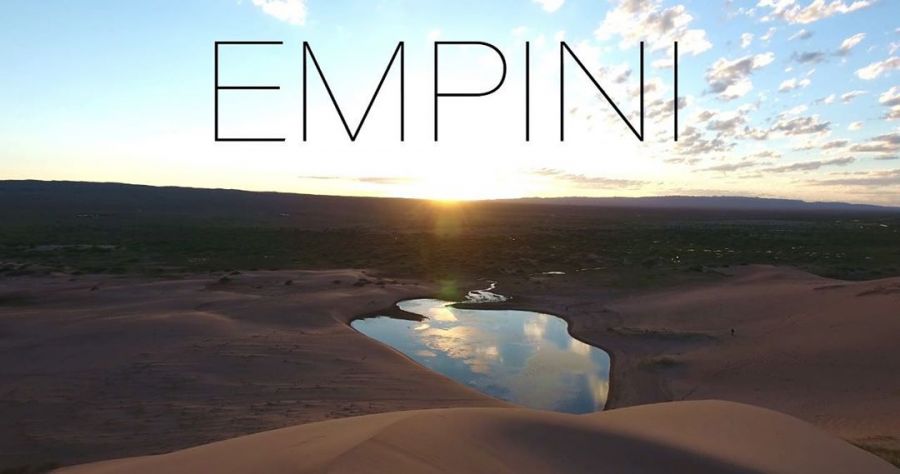 “The Voice Of Africa” album is a compilation of exactly 8 afro-pop tracks that play for 42 minutes. The compilation begins with “Nok’khanya” and ends with “Esphambanweni.” The songstress made no room for an eponymous track. But that’s by the way.

Several controversies have bogged Kelly Khumalo’s life and music career. But her latest body of work is pretty far from a controversial plane, although one might admit she had courted controversy by sharing what appeared to be her naked butt in one of her promotional stunts for the album. 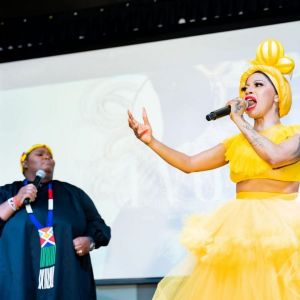 In this body of work, the songstress beautifully weaves African experiences into a whole that will attract attention any day.

The first track in the album, “Nok’khanya,” gives a splendid view of what should follow – numbers brimming with artistic self-assurance, numbers that you want to hear again and again and perhaps share as well.

“Kuyenyukela” glitters in the second position on the tracklist, a song of understated musical and lyrical charm. You listen to this song and you find yourself hankering for a repeat of the same experience. Not bad. 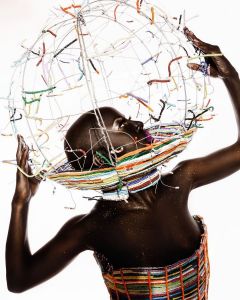 “Empini” is one of the oldest songs to pop from the project. It may have been long since Kelly Khumalo released the song, but rest assured that it retains its lyrical energy. The song already has an official music video on YouTube (released 28 August 2020).

With “Loshona Nini” you know Kelly Khumalo isn’t just a other singer outta Mzansi but one with a voice that can get you emotional. It’s a pretty decent number, this, a number to have and a number to share.

Kelly Khumalo delivers a soul vibe with “Undithatha Kancinci,” a splendid number even without any guests. The number will most likely draw you back to its orbit again and again. And the chances of getting bored with it are pretty slim.

With “Ngathwala Ngaye,” Kelly Khumalo leaned in part on the vocal energy of Mondli Ngcobo. It’s the very first track with a guest artiste. One must admit the two artistes evince great musical synergy.

“Awazi Lutho” may well pass for a solo interlude, for with this song we hear Kelly Khumalo all alone spitting her bars. She may have elected to go alone here, but she lost nothing by so doing. “Awazi Lutho” is another engaging tune you wouldn’t mind hearing on repeat. 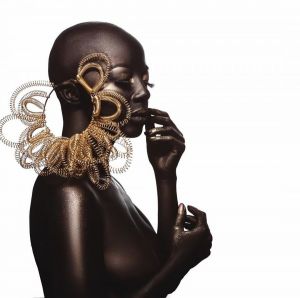 And what follows? That’s “Ngathwala Ngaye,” probably one of the most interesting songs in the completion. This is one of the previously released numbers, a track of potent lyrical energy with a theme that massages the soul.

In fact, the track is one of our favourites. Need we say that on the strength of this track, we’re here hoping for more collaborative tunes from Kelly Khumalo and Hlengiwe Mhlaba?

Start your week on a fine note with “The Voice Of Africa” album.

From your experience of all the tracks in this compilation, do you think the album is deserving of “The Voice Of Africa” title? What do you think of the album generally? You might want to join the conversation by dropping your thoughts in the comment section below.

Tags
Feature Kelly Khumalo Review
John Israel A Send an email 13 October 2020
Back to top button
Close
We use cookies on our website to give you the most relevant experience by remembering your preferences and repeat visits. By clicking “Accept All”, you consent to the use of ALL the cookies. However, you may visit "Cookie Settings" to provide a controlled consent.
Cookie SettingsAccept All
Manage Privacy