The news is everywhere; the Fergusons’ hit Netflix drama series returns for a second season. According to reports, the new season debuted on Netflix, it has been in production since last year. Prepare to see some of your favorite actors on the series, including Connie Ferguson, Zolisa Xaluva, Thembi Seethe, Cindy Mahlangu, Nnekwa Tsajwa, Buhle Samuels, Thapelo Mokoena, TK Sebothoma and Altovise Lawrence reprise their roles. 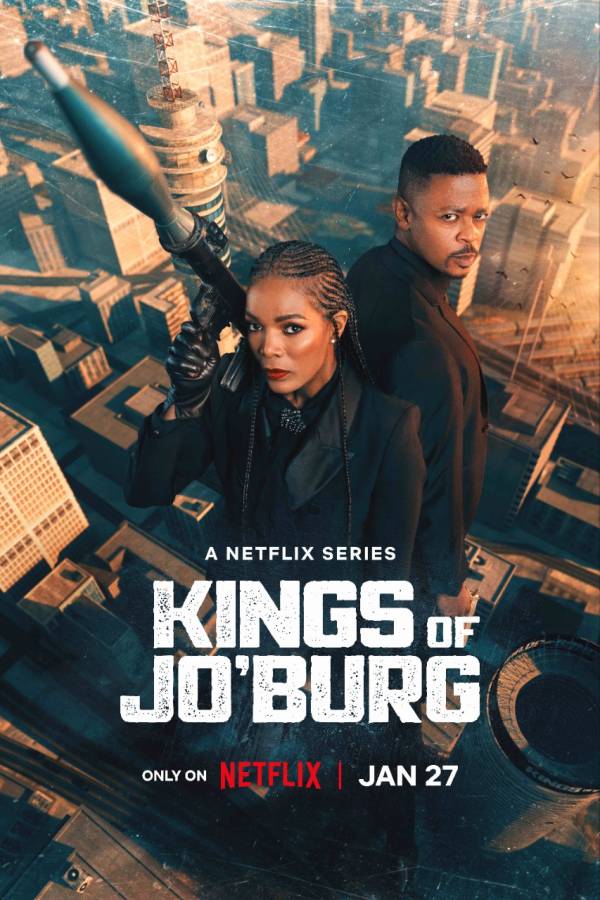 The new season continues without its lead actor and executive producer, Shona Ferguson, who died due to complications from COVID-19 in 2021. It also sees the fictional family adapt to a new king and new enemies in the City of Gold following the loss of the King of Jo’burg, Simon Masire.

Shona Ferguson played Simon “Vader” Masire, a member of the KOJ brotherhood and the eldest of the Masire siblings. He is the smoother and charming brother and a prolific businessman who heads the family business. Unfortunately, he hides a deep dark secret under the lavish suits and ties. Shona gained fame as both an actor and a producer.

The famous Thembi Seete also plays Keneilwe Masire in the hit series. Despite being one of the most popular actresses in the South African film industry, Seete is best known as one of the members of the kwaito supergroup Boom Shaka from 1994-2000.

Connie Ferguson, the wife of the late Shona Ferguson, plays Masire Mermaid. Connie is best known for co-producing and starring in several hit shows, including “Generations.”

Mogomotsi “Mo” Masire is played by Zolisa Xaluva. Mo is Simon’s younger brother and an ex-convict. He finds himself having to choose between the life that got him to jail and honouring his responsibilities to the legacy of a crime family and also following the steps of his beloved older brother.

TK Sebothoma plays the spoilt and overly privileged Tlotlo Masire, who is a fan favourite on the show.

Tsholofelo Matshaba plays Jazmine Gumede. He is a straight-talking and no-nonsense detective who is obsessed with taking down the Kings of Joburg.

Cindy Mahlangu features on the hit show as Phumzi. The famous actress and model is best known for her role as Dumazile in the Mzansi Magic supernatural drama series “The Herd.”

Renowned actor Sello Sebotsane is Stan Mazibuko on the drama series. Sello is an actor and producer best known for his roles in the television serials such as Stokvel, Those Who Can’t, Rockville, and 90 Plein Street.

Lunathi Mampofu plays the mystery woman on the show. Mampofu is a famous actress, MC, and fashion designer who has appeared on several hit shows on South African television.

Abdul Khoza brings some of his magic to the show as Lester. Khoza is an award-winning actor, writer, and musician. 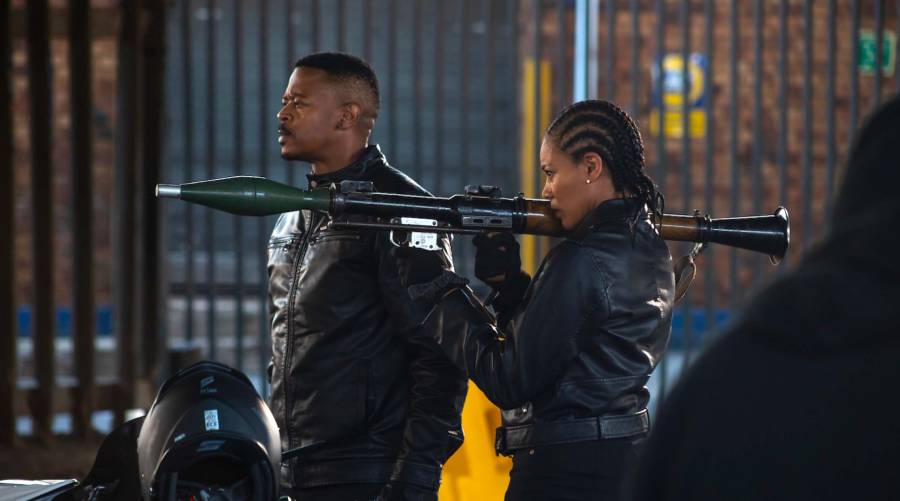 A fictional scenario where the Masire brothers are in charge of criminal activities in Johannesburg, South Africa, and that there is a supernatural curse that affects their family and that there are conflicts of loyalty that could lead to their downfall.

Shona Ferguson is not only the creator of the show, but also plays one of the main characters, the elder brother of the Masire brothers. Connie Ferguson also stars in the show as a demon mermaid, adding a supernatural element to the story.

Fate of a powerful family, the Kings, is uncertain due to the disappearance of one of its members, Simon, and the return of a previously unknown sister. Additionally, a new detective has been assigned to investigate the family and its activities.

The Masire clan has just pulled off a big heist, and they are taken in for questioning by the police. One of the characters, Phumzi, reveals a secret to another character Mo. Another character, Tlotlo, is faced with a dangerous enemy who is affiliated with the Masire clan.

The leader of the Masire clan, the patriarch, has been killed and Mo must investigate to find out who the killer is. Tlotlo is involved in a risky negotiation with another character named Zaza. Additionally, Mo and Angela have a significant moment or interaction.

The Masire family seeks vengeance for the death of the patriarch by causing chaos and destruction in the town to find the killer. Phumzi is captured by someone from her past and is being held against her will.

Mo is attacked at Simon’s Memorial Service, but is protected by the power of the demon mermaid. Mo now has to make a difficult decision in order to rescue Phumzi from her captors.

Masire clan is coming apart, as Tlotlo turns against Mo. Additionally, Veronica reveals a new and unexpected side of herself, further complicating the situation.

A new trailer for season 2 was released by Netflix on 10 January 2023. The trailer shows the Masire still holding Johannesburg in a tight grip despite rival families’ encroachment and the supernatural’s uncertainty. They appear to remain stronger than ever while running the city they have always ruled. Simon is no more, and Mo acknowledges that he isn’t his brother. Their enemies believe “Jozi has no king” and intend to strike.

Kings of Jo’burg is a South African crime drama series that follows the lives of the Masrie family, a powerful crime syndicate in Johannesburg. The series was created by Shona Ferguson, who tragically passed away before the second season was released. Despite this, his wife Connie Ferguson took up the reins and managed to plot out a second season that honors his legacy and advances the story of the Masrie family.

The second season picks up where the first left off, with Mo Masrie (Zolisa Xaluva) taking over as the head of the crime family after his brother Simon’s (Shona Ferguson) mysterious disappearance. Mo is struggling with the curse of the mermaid, which he acquired after killing his brother, and finds himself facing a number of challenges and threats to his family’s safety.

One of the main conflicts in the second season is Mo’s relationship with his pregnant wife Phumzi (Cindy Mahlangu). Phumzi reveals to Mo that she is an undercover cop, causing tension and mistrust in their relationship. However, Mo ultimately proposes to her and vows to trust her and support her in her undercover work.

Another major plot point in the second season is the planned gold heist, led by Mo’s son Tlotlo (TK Sebothoma). The heist is complicated and dangerous, and Mo ultimately calls it off in order to assert his authority as the new head of the family. This decision causes tension between Mo and Tlotlo, and raises questions about the future of the Masrie family.

One of the biggest shortcomings of the second season is the inclusion of the supernatural aspect of the series. The curse of the mermaid feels unnecessary and adds a level of ridiculousness to the series that detracts from the serious and gritty tone of the crime drama. Additionally, the editing is often abrupt and choppy, making it difficult to follow the narrative.

Overall, the second season of Kings of Jo’burg is a disappointing follow-up to the first season. The story has potential but is marred by poor execution and creative decisions that detract from the overall experience. While the acting is generally solid, the supernatural aspect of the series and the editing issues make it difficult to fully engage with the story.

Tags
King of Joburg Netflix
John Jabulani28 January 2023
Back to top button
Close
We use cookies on our website to give you the most relevant experience by remembering your preferences and repeat visits. By clicking “Accept All”, you consent to the use of ALL the cookies. However, you may visit "Cookie Settings" to provide a controlled consent.
Cookie SettingsAccept All
Manage Privacy