They came as athletes of faith, confident in what the future has in store for them, and unwilling to take anything that isn’t positive going forward.

The years have passed, and their faith in their ability to make South Africa dance and have a good time has been justly rewarded. But trust the youngsters not to hold to the oars of complacency.

They recently released a new body of work titled “Midnight In Sunnyside” EP, further cementing their appeal as an amapiano collective to listen to and tell others about. Join us then as we explore the album in its many hues.

It’s almost traditional with amapiano producers to load up on the tracks when dropping an album or EP. Mellow & Sleazy avoided that path, only allowing nine tracks on the project. 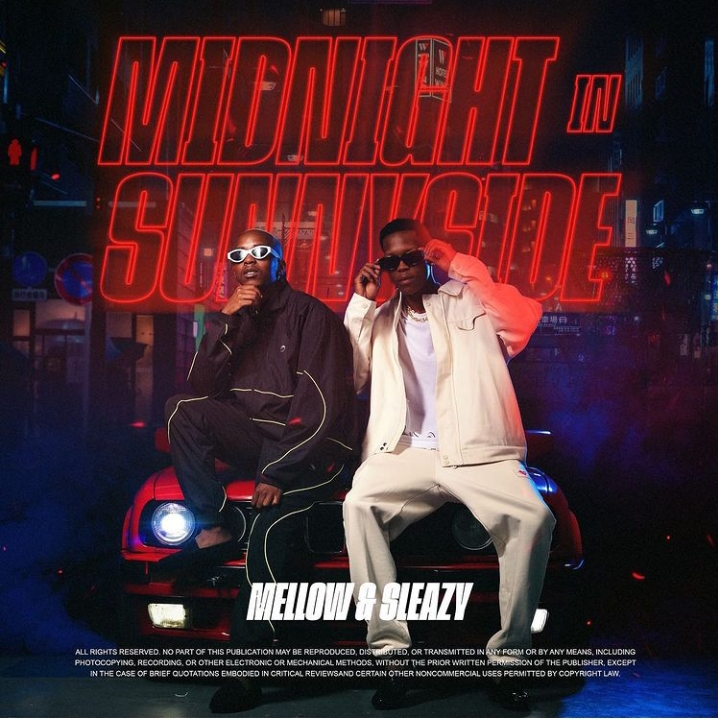 It’s common for musicians to work with other musicians that they admire or whose sound they like. Mellow & Sleazy elected not to make a solo journey with their album.

For the latest drop, they co-opted some key names in South African music, including M.J, BoontleRSA, Young Stunna, Madumane, Mpura and Azi, among others.

The list shows a medley of some of the most engaging voices in South Africa’s amapiano universe. The message is clear here: The bods mean business.

Almost always, in every body of work, the listener develops some affinity with some songs more than the others. Claiming every song on the compilation is a favourite would be the ultimate mendacity.

Anyway, some of the songs in this compilation resonate with us more than the others. You may count the first song in the compilation, “Umshini Ka Zuma,” as one of them. Apparently, the song didn’t take the first spot in the EP in vain.

Another winning tune is “Casablanca,” which featured Madumane. And yet another is “Chipi ke Chipi” — a party anthem.

Multiple messages are embedded in Mellow & Sleazy’s “Midnight In Sunnyside” EP. But they can be summed into embracing life in all its sunny manifestations and just having a good time. Not bad, really.

With “Midnight In Sunnyside” EP, Mellow & Sleazy have given fans another project worth the wait. This compilation of party jams will ignite dance floors any day.

Load more
Tags
Amapiano EP Mellow & Sleazy Review
John Israel A Send an email 21 April 2022
Back to top button
Close
We use cookies on our website to give you the most relevant experience by remembering your preferences and repeat visits. By clicking “Accept All”, you consent to the use of ALL the cookies. However, you may visit "Cookie Settings" to provide a controlled consent.
Cookie SettingsAccept All
Manage Privacy