South Africa’s Prince Bulo serves a feast of symbolism with a new project entitled “One Life” album. Here, if you please, was one instance when fans actually knew what was coming before it dropped, the muso having apprised fans of what he was working on and even shared the tracklist.

When the project eventually popped on digital platforms, many of the songster’s fans were jubilant. Looking back, there actually is a lot to be jubilant about in this 16- track project which plays for one hour and fourteen minutes.

This compilation, which popped online on 13 November, begins with an eponymous track and ends with “Ngiyakhuza,” a collaborative work with Andiswa Live.
Other guests who made the tracklist include the girl band Q Twins, Zakes Bantwini, Dladla Mshunqisi, Wandi Thanda, Ornica, Naakmusiq, Kyle Deutsch, and DJ Tira, who runs Afrotainment, a record label Prince Bulo is associated with.

Most of the guests on “One Life” album are signed to or associated with DJ Tira’s record label. But that’s by the way. It doesn’t look like “One Life” is an Afrotainment affair. If you’re a lover of good music, best believe this is your affair. Best believe.

How so, you might ask? Well, Prince Bulo manages to meld multifarious threads into one fine tapestry that might reflect the experiences – or just a part – of the listener.

“One Life” is a compilation unhurried in its evolution and titillating in its manifestation. Song after song, Prince Bulo spits his bars with a champ’s assurance, taking the listener into his creative orbit – a flowered place they should love to be in and – and might desire others be in as well.

The songs in this compilation are taut with symbolism and so is the cover art of the project. The car in the artwork might be taken for life – the “One Life” of Prince Bulo’s creative interrogation; and one can either make music out of that life or just watch it disappear. 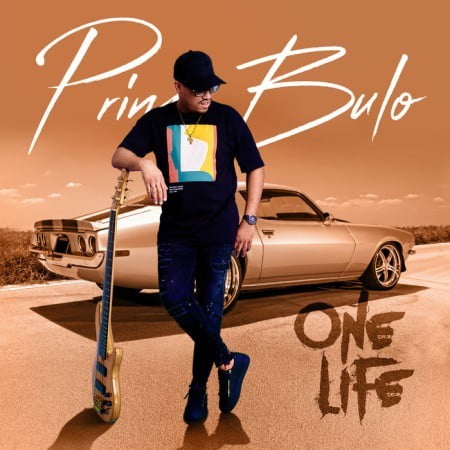 In Prince Bulo’s case, he opted to make something out of this “One Life,” strumming the lutes of his soul and entertaining the world. He is no Fiddler of Dooney. He is no Drummer of Cortachy either. He is a musical magician all his own, creating experiences that will stay with his audience for a long time.

And because he takes great pleasure in doing this, the experience he dispenses, ultimately, is close to cosmic – read as very, very close.

While we don’t think “One Life” the best of Prince Bulo, believing as we do that he is yet to sun the finest of his creative flowers via his songs, we yet admit that in this body of work he has something to be proud of.

A retrospective look into the songster’s career trajectory shows that in fact, he is not being given enough recognition for his creative flares. You might think of it this way: he is gifted and has released several fine numbers but this has not been reflected on his epaulettes.

“One Life” reflects his creative gift yet and just might clear the path to a redemptive acknowledgement of not just his gift but his place in South African music and pop culture as well – somewhere among the aristocracy.

We think 4 stars out of five adequate for Prince Bulo’s latest project. Of all the musical projects released in South Africa this month, we count Prince Bulo’s “One Life” among those you should check out. Wouldn’t you rather embrace it right away?

How would you rate this body of work, though? You can sound off in the comment section below, if you please.

Tags
Feature Prince Bulo Review
John Israel A Send an email 16 November 2020
Back to top button
Close
We use cookies on our website to give you the most relevant experience by remembering your preferences and repeat visits. By clicking “Accept All”, you consent to the use of ALL the cookies. However, you may visit "Cookie Settings" to provide a controlled consent.
Cookie SettingsAccept All
Manage Privacy