It’s that moment again when South African disc jockey and producer Prince Kaybee plays with symbolism in the title of his works. As a title, “The 4th Republic” is symbolic in that it is Prince Kaybee’s fourth album to date.

At any rate, fans did not have to contend with another shift in date. March came,  “The 4th Republic” came, exciting in every track. Prince Kaybee had averred, prior to the release of the project, that he wanted to take house music to new planes with the album.

One might say he made a fine and ambitious attempt, although it is open to debate if he actually took South African dance music to new orbits with the body of work.

“The 4th Republic” album by Prince Kaybee popped on Apple Music and other digital platforms on 5 March 2021. It comprises 24 songs in all, some of them previously released.

The compilation begins with “Mpumalanga,” a song in which Prince Kaybee tapped the vocal resources of LeboTheGreat , and ends with “Outro,” a solo musical excursion for Prince. 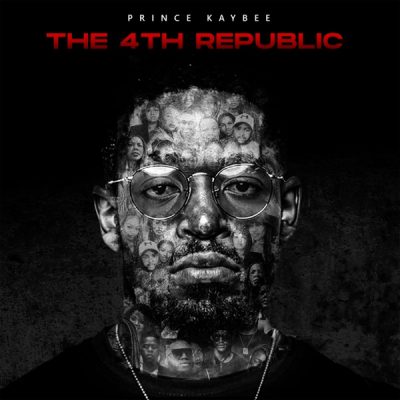 The follow-up song, “Ebabayo,” had more collaborative touches than was made apparent in the released song. Apparently, Prince Kaybee’s girlfriend, who was in the studio at the time the song was recorded, wrote the first line of the first verse. Nokwazi’s touches are there, as is Prince Kaybee’s. The finished number is something to vibe with – just so alive!

In “Umenitosha,” which featured Polaris, Prince Kaybee’s boldly accentuates his position that the album is for the fans. (You’ve probably noticed the cover art bears visages of his fans, as well as his own).

The follow-up track, “Insurance,” is actually an insurance against boredom. It has bolobedu house champ King Monada as the sole guest. The musical synergy between the two artistes is so striking it just cannot be missed. In fact, we count the song among the most engaging in the body of work.

A deeply emotive moment follows in “Sofaslahlane,” a song in which Prince Kaybee worked with Nokwazi. It was the first time the pair has been in the studio together. Expectedly, the result is something beautiful.

The waters of optimism bubble in “I Will Fly,” a Sanda-featured tune which sits at No. 13 on the tracklist. In the next tune, “Beautiful Girls (Republic Remix),” Prince Kaybee returns to listening to his fans, retouching his “Beautiful Girls” song, as requested by his fans.

“Uwrongo,” a song on which Prince Kaybee collaborated Shimza, Black Motion and Ami Faku, is probably one of the finest in the compilation. Like the Sir Trill-assisted “Hosh” (Track No. 23), is is one of the songs released long before the album popped online. Also, “Uwrongo” marks the ending of the tiff between Prince Kaybee and Shimza.

In the last track, “Outro,” Prince Kaybee signals the end of his “The 4th Republic” album. But then, anyone who truly followed the album from the very first track would tell you the republic doesn’t end with that track… The compilation as a whole draws you again into its orbit.

Tags
Prince Kaybee Review
John Israel A Send an email 9 March 2021
Back to top button
Close
We use cookies on our website to give you the most relevant experience by remembering your preferences and repeat visits. By clicking “Accept All”, you consent to the use of ALL the cookies. However, you may visit "Cookie Settings" to provide a controlled consent.
Cookie SettingsAccept All
Manage Privacy