The dying weeks of December had Pro Monate unleash a body of work titled “Wrong Ke Right” EP. It was, in a sense, a farewell project to the year from the songster. And he did just fine with it.

“Wrong Ke Right” was more like an early Christmas gift to lovers of good music in Mzansi, coming just a week to Christmas Day. It may have been a month since the release of the compilation, but it still retains its charms.

As a title, “Wrong Ke Right” serves a world of contrasts, which it stoutly continues in the tracks in the album. No qualms, though, for Pro Monate is unarguably in control throughout as he spits his bars. This dance compilation brings brings you face to face with a fine artiste and his gift.

“Wrong Ke Right” is a 6-track compilation beginning with an intro and ending with “Tik Tok,” a collaborative work with Eternal Africa, a fellow artiste at Vth Season.

The very first track in the compilation, “Intro,” actually serves its purpose, opening a world of lyrical possibilities to the listener. The track is pretty potent for an introduction, although it plays for only 46 seconds.

The “Intro” gives the listener a splendid view of what follows – a dance compilation of robust appeal.

In “Teka You,” Pro Monate ramps things up a bit in collaboration with his pal Leon Lee. This song, which plays for well over six minutes, is easily one of the most engaging in the compilation.

Pro Monate blends so beautifully with Leon Lee that the listener, besides applauding what’s on the table, might end up screaming for more. Yep, the two artistes owe the world more numbers.

In the third track, “Golden Days,” in which he worked with some of his pals, he did pretty great. It’s impossible not to love this number which kinda makes the listener wistful and hungry for the beauties of days gone by. Oh halcyon days! 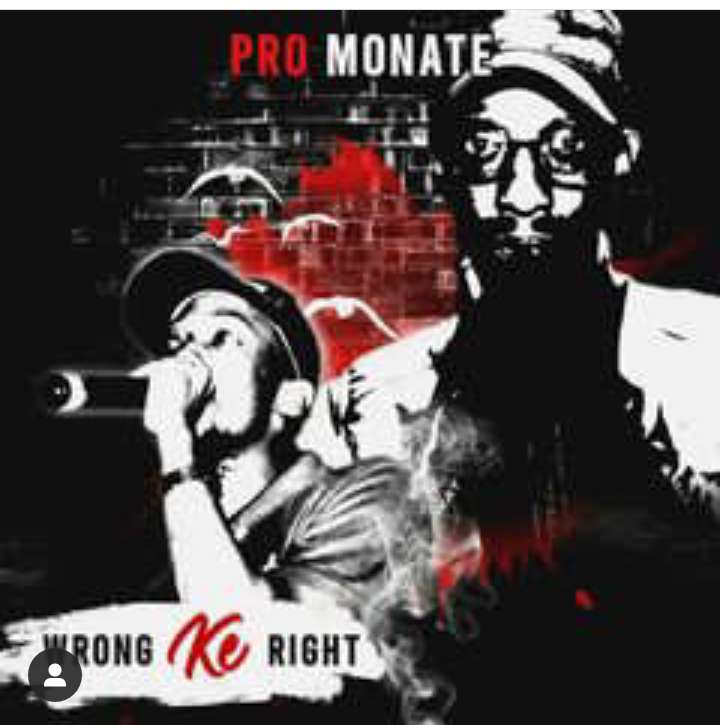 The emotionally labike may not survive the fire of this song, which might be counted among the must-hear in compilation. The song actually brings you golden days. Who wouldn’t want that?

Pro Monate retained his lyrical appeal in the song that followed, “Kwakwa.” Not exactly our favourite track, but it is worth hearing anyway. So you shouldn’t think to skip it in your “Wrong Ke Right” walk.

In track 5, “Mbali,” Pro Monate tapped the vocal resources of Tooly-B. The pair made magic of this number – or a semblance of it, leaving the listener no choice but to embrace what is offered – and even offer it to others. Not bad.

“Mbali” is a song that empowers the spirit like a good massage from a fine masseur. The song draws the listener into its world again and again. It’s a world to be in, so no qualms.

“Tik Tok,” the final track and one in which Pro Monate worked with a fellow Vth Season artiste, served as a beautiful end to a dance compilation that will detain attention any day.

This track is something to adopt for an exuberant break. So if it appears like lethargy is about to consume you, you can count on this song to liberate you from that treacherous moment.

Six tracks aren’t much for an album or EP. But then it is obvious Pro Monate did a fine job with this lean compilation. While not the finest compilation from him yet, it is still a body of work to hear and have others experience as well.

Whoever cares for a dance break ought to look in the direction of “Wrong Ke Right.” It’s a compilation of great promise and worth a place on a playlist.