Johannesburg-born artiste Mduduzi Khumalo, who is known professionally as Rashid Kay, unleashed “The Master Class” album on Apple Music and other digital platforms on 6 November 2020.

Perhaps much thought went into the choice of guest artistes. Perhaps not. Either way, it is clear the chosen musicians have a strong showing on the songs on which they are featured.

The phrase “The Master Class” brings to mind ideas and the impartation of knowledge and experiences. And indeed that’s what the listener gets from Rashid Kay’s latest collection of songs.

While some of the songs in this compilation might appear didactic, they fortunately spare the listener the treacherous bends of sentimentality – you might say soppiness.

He might not have said so, but Rashid Kay’s “The Master Class” most likely brings the songster’s story to the listener – a story of many hues and strong collective appeal. Lurking somewhere in this creative tapestry is the sword of “Karma” – there you have one of the fascinating songs in the compilation.

“The Master Class” is not substitute for experiencing life out there, but rest assured that you’re going to learn a lot -as well as be entertained – by listening to this compilation. In his latest project, Rashid Kay treats several subjects on life, living and loving that might address the experiences of many out there. He does this with so much confidence.

Therein lies part of the appeal of “The Master Class,” a body of work that might compete favourably with other compilations so far released this month, in the same genre.

For one who holds several offices, including those of a DJ, radio personality, television presenter and rapper, Rashid Kay evinces remarkable versatility, which is even evident in this collection, with him switching from one theme to another effortlessly.

From the song’s intro, right through “Keep the Same Energy” to “Fortune & Fame,” you know you are in for something interesting, and that is what you get. Song after song. With his latest compilation, Rashid Kay makes a lot of promises and mostly fulfills them.

“The Master Class” by Rashid Kay is a pleasure to listen to and it doesn’t get boring even on repeat listen. We think this compilation a splendid addition to the body of South African rap. 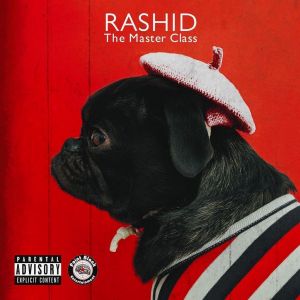 It is as much a testament of his creative flare as it is of his ability to retain the attention of his listener for a long time. The compilation is well worth possessing, and we recommend checking it out.

At this point in his career, we don’t think Rashid Kay is getting all the publicity he merits for the appeal of his art, his gift. In the coming days, hopefully Mzansi rolls out the drums for him, for he possesses a talent that should be noised beyond the borders of the Rainbow Nation, as far afield as it could possibly get in this digital age.

If you’re looking forward to a star rating for “The Master Class” by Rashid Kay, well you have it already. We’re giving 4.1 stars to this project. In the coming months, perhaps the songster might best his current work and have more epaulettes on his shoulders.

Tags
Feature Rashid Kay Review
John Israel A Send an email 12 November 2020
Back to top button
Close
We use cookies on our website to give you the most relevant experience by remembering your preferences and repeat visits. By clicking “Accept All”, you consent to the use of ALL the cookies. However, you may visit "Cookie Settings" to provide a controlled consent.
Cookie SettingsAccept All
Manage Privacy