Who knew that when Amapiano star, Focalistic featured on an episode of Riky Rick’s Lab Live interview that they had a song together. Not us. Last week, Riky stunned fans with the release of the song, alongside a second one with Mas Musiq.

Fans have been going nuts for the new drop. The new EP shows Mzansi and Hip Hop fans just how versatile the Mthande star is, as he flexes his genius in the new songs. Now, here’s a full review of each track on the EP. 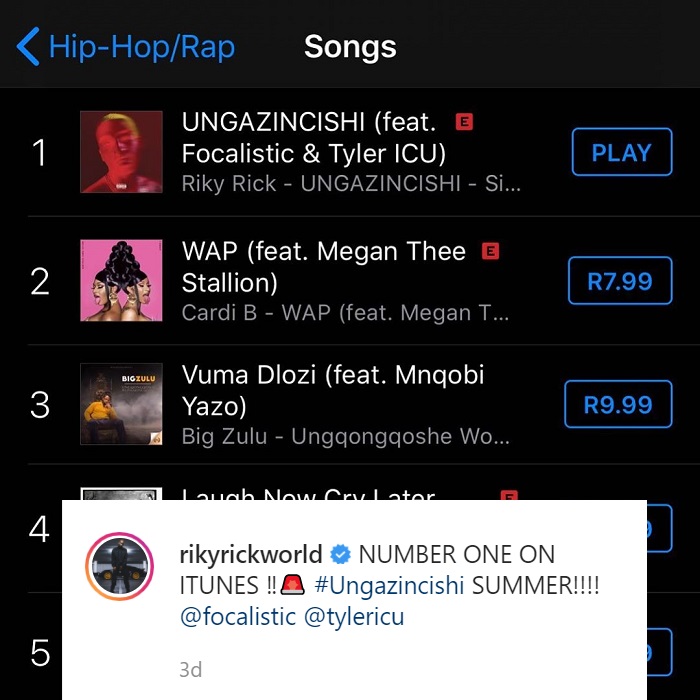 It makes us really happy that Boss Zonke kicked off the EP with this straight up stunner. The song flexes a hook that sucks you in and has you eating your mouth as you sing along. Another obvious mind blower in the song, is how effortlessly Amapiano is blended with hints of trap. It gives a taste of both Amapiano and Hip Hop. 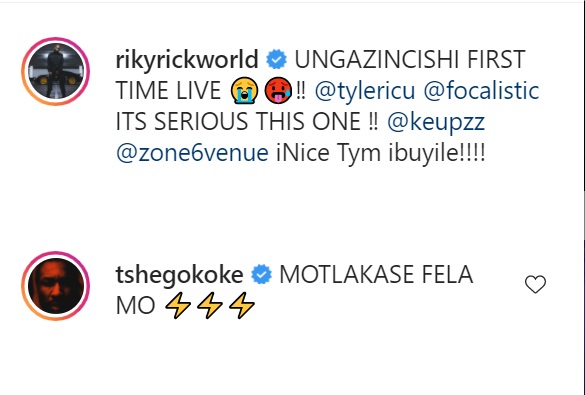 You would only spot it if you paid close attention. It is almost like listening to the trap version of Amapiano. Riky talks about his legacy at some point in the song, and Focalistic adds some spice to the sound. We can’t deny that TylerICU’s production on the track is perfect, that’s why it’s at number one on streaming and in Raw sales. We see this bringing the house down in clubs.

On the second track, Riky teams up with Mas Musiq to deliver a song that is both soulful and energetic. In our opinion, Amapiano sounds even better with Riky contributing to it. The vocal delivery and the bars launched in the song are top notch. The song talks about the land being his home as Riky raps about being the Greatest Of All Time, and the pressure he faces. This song is also both introspective and inspiring.

Riky deserves a name a sub-genre in Amapiano one only he can pull off like he does in this EP. This land is still his home.

Tags
Feature Review Riky Rick
John Jabulani Send an email 5 October 2020
Back to top button
Close
We use cookies on our website to give you the most relevant experience by remembering your preferences and repeat visits. By clicking “Accept All”, you consent to the use of ALL the cookies. However, you may visit "Cookie Settings" to provide a controlled consent.
Cookie SettingsAccept All
Manage Privacy