Here are the SA Music albums dropping this year you should look out for.

The music industry in Mzansi is so massive that new music and albums drop each and every single day. The amount of music that hits the airwaves everyday can be quite overwhelming but in every 10 new songs, about 5 of them are actually very impressively crafted and created.

Last year, we got to receive some of the best songs from the most talented artistes. While some dropped amazing new albums last year, others only released a few singles scheduling this year for their album releases.

Anticipating new music from your most favourite artistes can be nerve wracking sometimes especially when no release dates have been announced for them. But, when you know what’s coming and when, it is easier to wait for it, and get it when it finally comes through. Although, some artistes have revealed plans to drop a new album this year but haven’t released the title or even a release date.

Here are some of the upcoming albums of 2020 that you should keep on your radar.

Popular Afro Soul artiste, Berita has announced her upcoming album scheduled to drop on 28 February. She has also released a single from the album titled “Jizikinto”. The album promises to be a good listen. You can pre-order it on iTunes so you’ll get it first once it drops. Berita announce a release date on 14th Of February when she released the second single off the album titled “Jikizinto”. Making the announcement she wrote:

I’ve been dying to share this news with you 😭😭😭 My upcoming album Songs in The Key of Love out 28 February 2020 is my most collaborative album yet. Here is the official track list *drumroll please*
Thank you

From the announcement, we understand that the album will drop on the 28th of February, 2020.

TNS has announced plans to save Mzansi music with his upcoming album. He has yet to reveal when it would be dropping but has revealed two singles from the album, one of which has dropped already. The singer announced that the album is ready and might be out to be public anytime from now, making the announcement on his Instagram page, he wrote:

Die with your enemies, Phupholethu: Abantu Last Hope album is done, anything can happen from now on

The singer has a very successful year in 2019 with some of the songs he appeared on becoming the most played on radio stations across the country, the songs include Banomoya and Club controller. looking through his social media activities, we can tell you that the singer is ready for a take over in 2020. some of the songs from the upcoming album include Durban Super Heroes featuring Mampintsha, Professor, Lvovo, Danger and Bhar. on Ibhari he features Luqua. TNS also teased a song with Prince Kaybee off the album. We can tell you already that it is an album to look out for judging by the features and his previous performance on Madlokovu King of African House album.

Mzansi Hip Hop star, AKA recently took to social media to reveal that he has lots of music ready to drop this year, challenging other artistes to a music war. Hopefully, an album would come through soon. The singer already revealed that he has a song that features Nigerian superstar Davido, he is just waiting for the Nigerian singer to drop his verse on the song and it’ll be ready for release. While teasing the songs in his archive, he mentioned that he has a lot of music in stock that he is willing to release this year, when artists release songs back to back, it most likely leads to them releasing an album in the end, depending on the performance of their previous single releases.

The talented rapper has already begun his comeback to the scene with two new joints including the massive “Wave” song and “A Brand New Day” featuring Lolli. An album should also be in the works too. The year is still young but the singer has announced huge plans to release two new albums this year. According to him, one of the albums would be titled “Logan”. It would be named after his adorable one year old son, while the other would be called “DIY3”. The second one will be a followup to DIY2 which was released while he was signed to his former record label, Ambitiouz Entertainment Records. Emtee is very accessible now since his exit from former record label, he revealed that he will be collaborating with a lot of artists this year.

If there’s anything we’re anticipating so much this year, it is a full album from the Afrotainment-signed twins. With a new video for their song “Hamba” out already, and a new song “Amagifts”, we’re sure an album is also in the works. The two have been working hard lately and even seen in the studio with the El-World Music signees, Claudio x Kenza. Twins, Viggy and Virginia, popularly known by their stage name, Q Twins have gained massive followers with the backing of DJ Tira owned Afrotainment record label since their exit from the popular South African music talent show, Idols SA in 2019. They have released two official singles so far and going by DJ Tira’s previous strategies of breaking artists, an album might be on the way this year.

Mufasa made a noticeable comeback to the Hip Hop scene this year with “Good For That”, he has also hinted at new songs coming through (especially the one with Emtee that’s producer, Ruff in a twist). With the year end still afar off, there’s got to be a new album to anticipate. We truly hope there is. Cassper usually never let a year go by without an album

With a hot new single tagged “Lepara” soaring the airwaves already, SA rap star, Blaklez is definitely dishing a new album this year, and you have to look out for it. It is obvious that there are more solo releases in his plans for the year, hopefully a full length album comes out of it.

Lord knows how long we have waited to receive the “Zulu Man With Some Power Album” from the very talented Nasty C. Since the rapper shared the title to his social media, fans have anticipated the album’s completion and release. He previously journeyed to Japan for some alone time and recording, we wouldn’t be surprised to here that it’s ready. By the way, we wonder if his new American rapper friends, Young Thug and Post Malone would appear on the project. It would be c-r-a-z-y if they did.

Talented Mzansi hitmaker, DJ Sbu has been hard at work on his upcoming Live Album scheduled to be released this year. We reported that the music producer has been spending a lot of late nights in the studio for a while now. He previously revealed that he is adding finishing touches to the album. He has also announced that the first single, “maruAPula” off the album would drop on the 1st of march, and scheduled the 1st of April as the official release date for the full album.

While everyone else is preparing to dish out their brand new album, Kelly Khumalo is not far behind. The singer has been putting in a lot of work later, and moving on from her previous relationship with Chad Da Don. She has shared videos of herself in the studio hard at work on the album. She even teased two singles off it, including the most recent one “Undithatha Kancinci”. We hope the album would be about heartbreak and moving on from relationships, that would definitely make for a great record.

Unlike all the other artistes, SA Hip Hop star, Okmalumkoolkat announced his upcoming album in a much more entertaining way. Dropping the visuals to his song “‘Drip Sphi Iskorobho’ last year, the rapper, at the end of the video said “we are waiting on my album”. If that isn’t a great clue as to what’s coming this year, we wonder what is. Hopefully, he announces a release date for it soon. 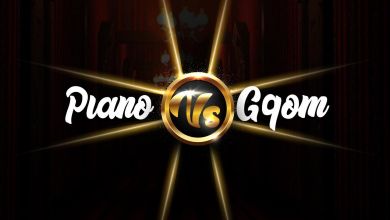 Dead Or Alive, Has Amapiano Really Taken Over Gqom? 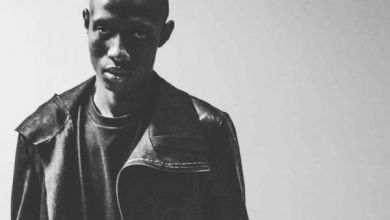 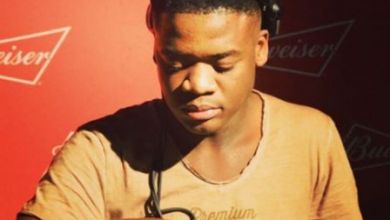 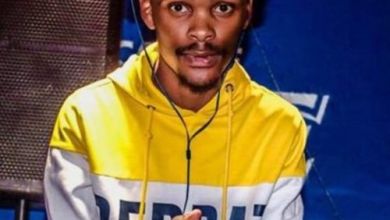