Sun-El Musician takes a trip “To the World and Beyond” in a new album. But it isn’t the first he has made such trip. The songster routinely goes to the world and beyond in his projects but without emphasizing that in his adopted titles.

Where he chooses to do that, he didn’t disappoint. “To the World and Beyond” is a project of undeniable musical force.

“To the World and Beyond” is a two-part, 31-song dance compilation that premiered on Apple Music on 4 December 2020. The project is as rich in tracklist as it is in guests. The likes of Afriikan Papi & Just Bheki, Ami Faku Mthunzi, Sino Msolo, Bongeziwe Mabandla, Azana, Nobuhle, Msaki. Black Motion, Miss P, Sauti Sol Lali Boi, Kwesta, and Mandisa made the guest list… And that’s only a fraction of the guests.

The latest compilation, “To the World and Beyond,” is a follow-up to “Africa To the World,” which leaves room for a little wondering. But then there’s an explanation: Sun-El Musician’s evolution as an artiste.

The songster hasn’t remained the same but has transformed not only into a more visible face in the universe of South African music, but a potent voice as well.  In retrospect, one can only smile, given that the trajectory of his career shows only the letters of progress.

Where years ago he had struggled for visibility, he now has the Rainbow Nation an ear away. Sun-El Musician first got serious attention years ago with his “Akanamali” song which featured Samthing Soweto.

Actually, at the time, he had not wanted to share the song with the world because he felt it wasn’t good enough to be out there. But then his brother encouraged him to release the song and see what happens. He did.

Fame followed near instantly. The songster has remained in the boat of fame since. “Akanamali” was a success perhaps because its message was one just about everyone can relate with: being broke at some point in life.

We may no longer be in the era of “Akanamali,” but we’re yet in the era of good vibes, courtesy of a musician whose voice and songs delight.

Sun-El Musician pulled off a fine coup with his “To the World and Beyond” album, leaving no one in doubt that the months have not just elapsed but his gifts have flowered along with it.

To listen to “To the World and Beyond” is to experience something close to magical. To his credit, although some critics might describe the number of guests as unwieldy, we insist Sun-El Musician actually did great with the artistes he elected to work with. 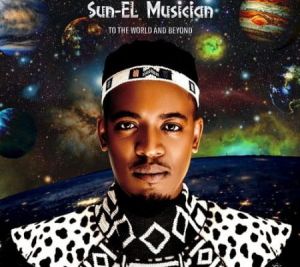 The flow is seamless, the experience priceless. A lover of dance music or not, you would surely appreciate the ingenious creative powers bubbling in the South Africa producer’s “To the World and Beyond” album.

This body of work deserves all the attention is is currently getting. In fact we see it having a secure stay on the tracklist of many music lovers out there.

We’re loath to describe “To the World and Beyond” as Sun-El Musician’s finest work… because it isn’t. However, the album contains several magical numbers – tracks the fill you up with their musicality, ultimately taking places in the sun.

We think four stars out of five ideal for Sun-El Musician’s latest project. The KwaZulu-Natal artiste has got in “To the World and Beyond” an album that will take his name beyond the borders of South Africa.

It would be our pleasure to see y’all rate the album as well. So explore it all you like and give your verdict in stars. Way to go!

Tags
Feature Review Sun-El Musician
John Israel A Send an email 7 December 2020
Back to top button
Close
We use cookies on our website to give you the most relevant experience by remembering your preferences and repeat visits. By clicking “Accept All”, you consent to the use of ALL the cookies. However, you may visit "Cookie Settings" to provide a controlled consent.
Cookie SettingsAccept All
Manage Privacy