Aubrey Takaluna, the South African psalmist who goes by the stage name Takie Ndou, is back in the spirit, taking fans into a great spiritual plane with a new body of work titled “The Great Revival (Live)” album.

This body of work, which popped on Apple Music days ago, features a whooping 18 tracks. The tracks might be many but the guests are few. Shandy Changes Ndu, Collen Maluleke, Jonah Chivasa and Oncemore Six are the only guests on this body of work.

The dearth of guests notwithstanding, Takia Ndou managed to weave a spiritually uplifting body of work that will delight the Christian race.

The compilation begins with “Jehovha Ri Renda Vhone (Live),” a deeply moving number that will not only affirm your faith in God but keep that affirmation on fire for a long time. It is deserving of its place as the No. 1 song on the tracklist.

The follow-up track, “Thendi na Vhugala,” continues where the lead single left, taking the listener into a corridor of spiritual energy that is as exciting as it is desirable.

Things get mellow in “Ngiyavuma,” the third track in the compilation, also live. Like the first two tracks in the album, “Ngiyavuma” delivers what it promises, leaving the listener with no choice but to applaud the outcome.

In track 4, “Who I Am,” Ndou affirms himself and his rights in Christ in a soulful and melodious moment that will capture attention any day. The song is Ndou’s; the story is also his – but that’s on the surface. The song affirms every believer out there.

In track 5, “It’s not by Might,” Ndou explored the truth every believer already knows – or should know – in the battle against the powers of this world, which is that it is not by the might of the man but by the spirit of God.

The next two tracks, “Imvula Iyeta” and its reprise version, glitter with spirit warmth that will engage just about any believer out there. It’s hard to listen to both songs and not believe there’s a superior power around you – a power that is yours to call on any time.

“Ndi Vhone Ndila,” which seats on the 8th place on the tracklist, continues in power where the reprise tune stopped. To listen to the track is to want to listen to it again and again. Not bad, really.

Track 9, “Nyararai,” is significant in that it is the first track to have a guest in the album. Jonah Chivasa complemented Ndou beautifully on this song. The two artistes gave a splendid performance. One comes off wishing they link up again – and perhaps again. 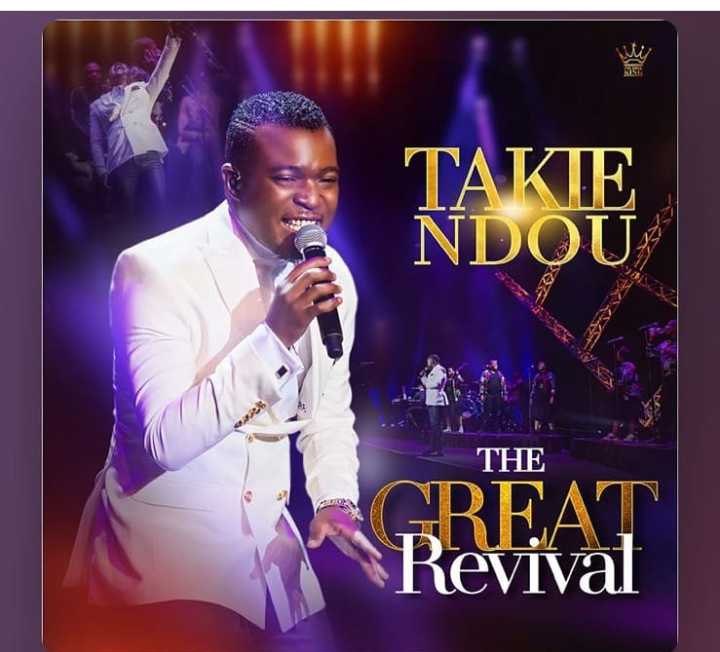 Jonah Chivasa had set the tone for a collaborative flare. In what follows, track 10, “Through It All,” Ndou co-opted Collen Maluleke as guest. This second collaborative tune in the compilation bears as much energy as the first one, although we admit our money is on the Chivasa collaboration.

What follows, track 11, “Through It All,” is  clearly one of the most engaging in the album. The song’s appeal rests in part in its message, which is highly relatable. As a Christian, one might experience some challenges in life, but “Through It All” God is with thee.

Track 12, “Hallelujah,” which features Oncemore Six, is highly celebratory and just might have you screaming in spiritual ecstasy.

Track 13, “My Lockdown Medley,” might bring to mind images of the lockdown, but there’s a thread of gratitude latent in that song. It’s lovely.

Track 14, “Dakalo Ngei Phanda,” has Shandu Changes Ndu as the sole guest. We readily admit this isn’t our favourite song in that compilation. It’s still a spiritually potent number, though, and one you might want to check out – our opinion of it notwithstanding.

In the 15th track, “Loving You Lord,” Takie Ndou exemplifies the true believer who confesses his love for God and all things God. The thread of love runs through the concluding tracks.

“Vhayakona” and “Ngizophumelela” are charming in their power and delightful in their sonic ensemble. They set the pace for what follows, the concluding track, “Mine Mine Mine.”

The last track has a childlike vibe to it. It’s hard to listen to this song and not somehow smile in your spirit. In this song you receive the assurance that you’re not alone – something that’s very desirable, especially at a time when the world is plagued on every side with uncertainty. .

In “The Great Revival (Live)” album, Takie Ndou has got a project of resonant spiritual force – a project comparable in power to compilations of same genre released in South Africa in the past two weeks – a work we think every Christian should check out.

The project may not provoke a Revival, but it’ll certainly prime the soul of the Christian to be imbued with power. We rate the album high. The reasons are obvious.

Tags
Gospel Review Takie Ndou
John Israel A Send an email 3 May 2021
Back to top button
Close
We use cookies on our website to give you the most relevant experience by remembering your preferences and repeat visits. By clicking “Accept All”, you consent to the use of ALL the cookies. However, you may visit "Cookie Settings" to provide a controlled consent.
Cookie SettingsAccept All
Manage Privacy