The River is a South African television series that bears the same name as a couple of other movies, including one directed by Jim Renoir in 1951 (United States, romance drama) and another directed by Robert Dillon (United States, 1984), but with a markedly different storyline.

Created by Phathu Makwarela and Gwydion Beynon, South Africa’s The River tells the old tale of how a blessing can actually turn into a curse when greed and personal interests intrude, leading to a world of discord, betrayal, and death.

An M-Net original series, The River was produced by Tshedza Pictures for 1Magic, a DStv entertainment subscription channel, but it’s now showing on another South African subscription service, Naspers’ Showmax.

The River has run for three seasons, with a fourth season currently running and a new episode expected to air today 23 June. Given the suspense and chill drama that characterized past seasons and episodes of the series, expectations are high regarding today’s episode which airs at 8 p.m.

The first season of the soaraway series aired on 29 January 2018. Other seasons have followed, holding South Africa in suspense, with core fans impatient to see more episodes.

In the first season, viewers were exposed to the strong-willed Lindiwe Dlamini (lead character), Zolani, Malefu, Cobra, Itumeland and Thato, among others.

In the first season, viewers got to see that a woman can have as much power, iron will and cunning as any man out there – as exemplified by the Lindiwe character (played by Sindi Dlathu).  Lindiwe’s mine (Khanyisa Diamonds) was about to go bankrupt when Thato Mokoena, a foreman, discovered a diamond worth about $45 million while fishing in a river running through Refilwe township.

Lindiwe murdered Mokoena, moving the diamond to her mine for miners to discover.

Along the line, Tumi discovered that Lindiwe is her biological mother. But at the time of the discovery, Lindiwe was out of the picture. Trying to find Lindiwe, Tumi was kidnapped and buried alive.

In the second season of the series, Tumi’s boyfriend Lindani rescued her. Tumi had thereafter initiated a murder case against Lindiwe, who still maintains a leading role. Things took a dramatic turn when Tumi herself became a prime suspect in the attempted murder of Lindiwe.

Lindiwe had thereafter filed charges against Tumi, describing her in court as an agent of white monopoly out to destroy her and her company.

Season 3 of The River premiered on 27 January 2020 with old characters as well as a sprinkling of new ones. In this season, which is markedly revelatory, Mohumi, an ex of Lindiwe’s, popped on the scene determined to exact revenge from Lindiwe for betraying him as well as for killing Thato Mokoena in the first season.

Mohumi and his forces held Lindiwe and her family hostage. However, when he wanted to kill Tumi, Lindiwe revealed that he, Mohumi, is actually Tumi’s father. Not Thato Mokoena, the foreman she murdered in the first season of the flick…

The 4th season of  The River began in June this year, with the 98th episode premiering  today 23 June at 8 p.m. Determined not to ruin much of the suspense, 1Magic could only volunteer passing detail on the season and episode (89). 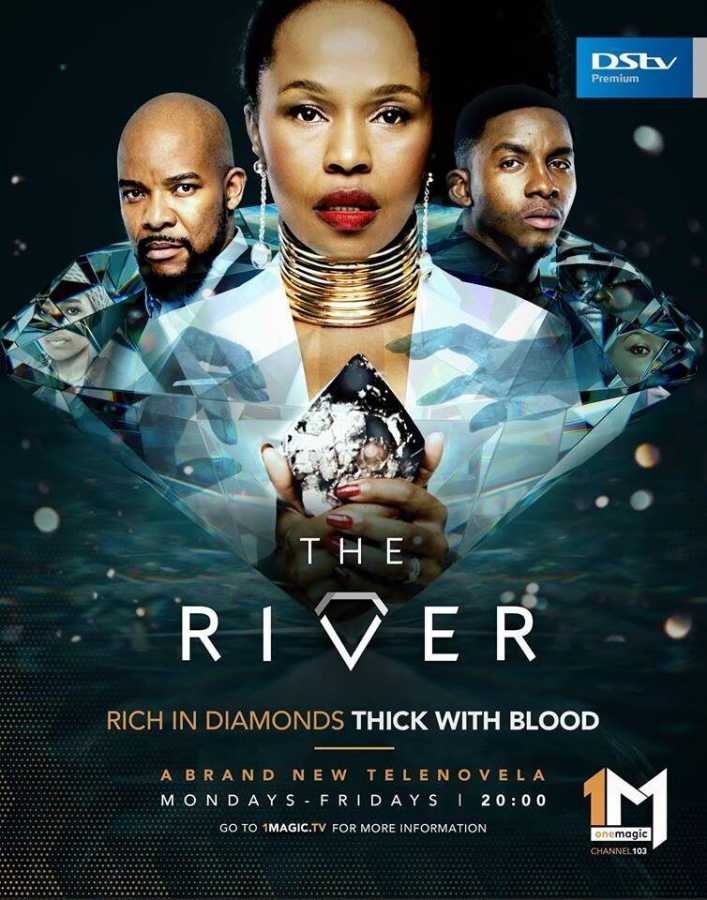 According to 1Magic, while Lindiwe sought help she didn’t really need, Cobra and Kedibone struggled to trust Morena. In the intervening episodes, Lindiwe, who had kept a brave face all along, struggled to maintain the same.

Tags
The River
John Israel A Send an email 23 June 2021
Back to top button
Close
We use cookies on our website to give you the most relevant experience by remembering your preferences and repeat visits. By clicking “Accept All”, you consent to the use of ALL the cookies. However, you may visit "Cookie Settings" to provide a controlled consent.
Cookie SettingsAccept All
Manage Privacy