When it comes to Entertainment, Mzansi is at the top of the game. We have channels for days, and they all deliver impressive entertainment especially when it comes to music. Some of these channels made their debut many years back, and have helped promote some of SA’s biggest acts by airing their music videos, hosting interviews with them and putting them on the spot. Now, here’s our list of the top 10 music channels in the country.

Owned by MultiChoice, the Channel O music channel first started transmission back in 1997. It focuses on African music both in Africa and also in diaspora. It can be accessed via DStv. The channel is famous for lots of popular shows including the Lockdown House Party.

Situated in Johannesburg, the Mzansi Magic Music channel has been in operation since 2010. The channel which was launched by DStv offers the latest music news and videos. It airs on channel 161. It focuses on both local and international artistes, and airs 24 hours a day.

The MTV Base channel was launched by ViacomCBS Networks EMEAA in 2005. It airs for 24 hours on Channel 322 on DStv. MTV Base South Africa was officially launched in 2013 focusing on local programming, advertising and VJs. It is features shows including Official MTV Base Top 40, Official SA Top 10, Official US Playlist Chart, awards, and more.

The MTV Music 24 channel launched in South Africa in 2019. It is only just 2 years old. The channel was first available on Netherlands and Flanders before debuted across various parts of Europe and in Mzansi. It replaced the former channel, VH1 Classic Europe and is mostly available in SA. 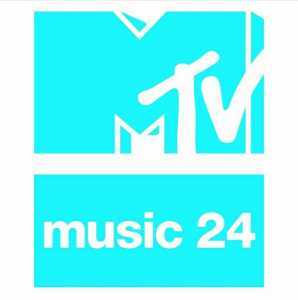 Trace Urban, owned by TPG Capital, is a French Pay-TV music video television. It launched back in 2003 as MCM TV, then Trace TV but was renamed to Trace Urban in December 2010. It is known for contemporary content, shows, and events. One of its popular shows is “Trace Music Star”.

KykNET Nou! Is described as a South African variety lifestyle, and human Entertainment channel. It is part of the M-Net channels and broadcasts in Afrikaans. It launched on DStv back in August 2015 as a partner to KykNET replacing the now-defunct KykNET Musiek Channel. It is airs on Channel 146 on DStv.

The Trace Africa music channel is a sister channel to Trace Urban. It launched in September, 2016. It is available on Channel 326, DStv. It is dedicated to airing Africa’s top music artistes. It also focuses on several music genres including Afro pop, Coupé Décalé, Kwaito Music, and so on.

Sound City is a Nigerian lifestyle and music channel which is based out in Lagos, Nigeria. It describes itself as a “pan-African urban music channel. It airs on channel 327 on DSTV and hosts shows including ‘Top 10 South Africa’, ‘Top 10 USA’, etc, and curated playlists like ‘Too Much Sauce’, ‘Video Unlimited’, etc.

The Trace Gospel music is a sister Channel to Trace Urban. It describes itself as “the first channel dedicated to Gospel music – Artists, celebrities, news, music videos and more”. It airs on Channel 332 on DStv and features shows including “Gospel Hits 10”, “Urban Gospel”, “Playlist”, and more. It also features Gospel music from all over Africa and various parts of the world.

Tags
KykNET Nou! MTV Base MTV Music 24 Mzansi Magic Music One Gospel Sound City Trace Gospel Trace Urban
John Jabulani Send an email 13 April 2021
Back to top button
Close
We use cookies on our website to give you the most relevant experience by remembering your preferences and repeat visits. By clicking “Accept All”, you consent to the use of ALL the cookies. However, you may visit "Cookie Settings" to provide a controlled consent.
Cookie SettingsAccept All
Manage Privacy