We’re in the dying weeks of 2021 and much has happened since the year began 12 months ago. South Africa’s music scene had experienced a revolution, with amapiano taking over as the zeitgeist.

The dominance of amapiano surprised many, who had described the genre as a fad and given a timeline for it to fade into oblivion. Instead, amapiano continues to rule the airwaves, swallowing artistes from other genres and leaving complaints in its wake.

Yeah. We can count at least three musicians who had complained that amapiano made their albums fail. Can you imagine?

Anyway, in this article, we’re going to bring you the top 20 amapiano artists & DJs in 2021. This list is given in no particular order, of course.

Kabelo Motha, who goes by the stage name Kabza De Small, had the good fortune of playing amapiano music from the early days f the genre’s emergence and when many had no confidence in the genre’s future.

He’d stayed true to piano music delivering hit after hit. Today, of the many musicians doing amapiano music, there’s a consensus that Kabza De Small is the king of the genre. 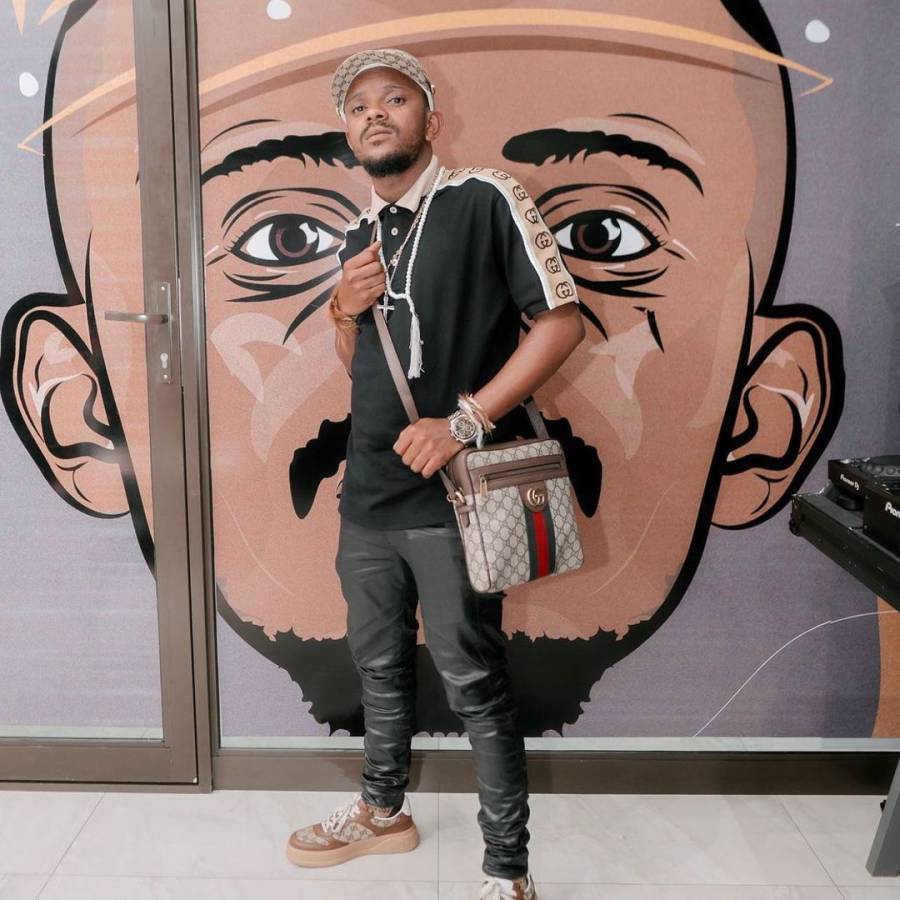 In amapiano dominance, next to Kabza De Small comes DJ Maphorisa. Although a solo artiste, DJ Maphorisa links up with Kabza De Small now and then, and the two create magic together. Now they’re jointly known as the Scorpion Kings and the Piano Kings, tags that reflect projects that have worked on together.

Before delving into the world of yanos, DJ Maphorisa was a producer of gqom music. Nigerian singer Wizkid loved the piano sound, so Phori decided to try his hands in the genre. As the saying goes, the rest is history. 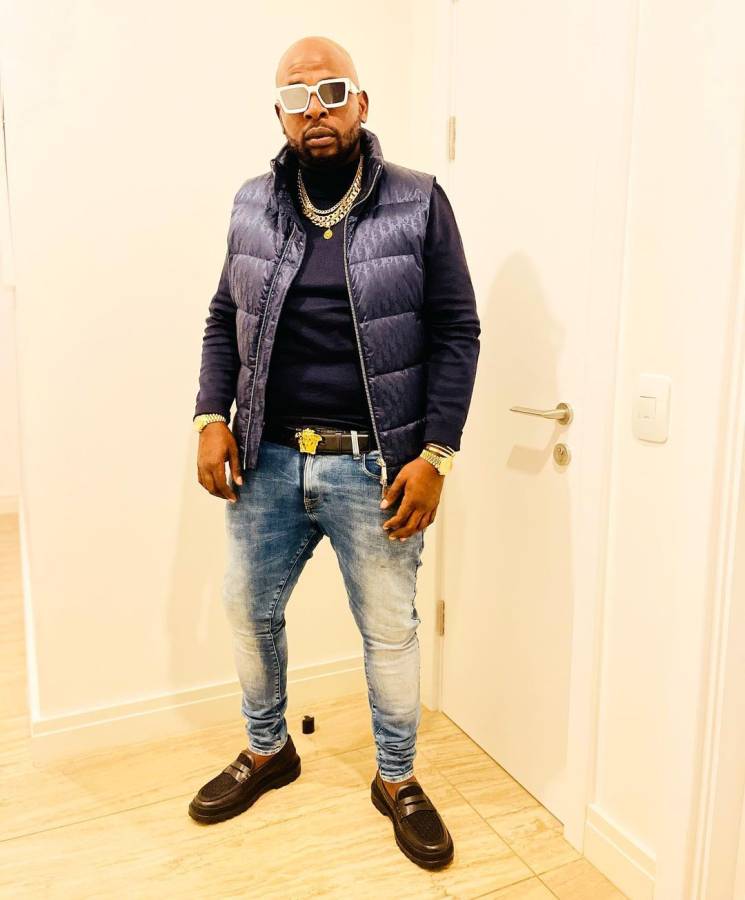 Busta 929 is another amapiano DJ and producer and one of our top piano picks this year. This songster knows just how to snap the attention of his listener and retains the same until the end of his song. 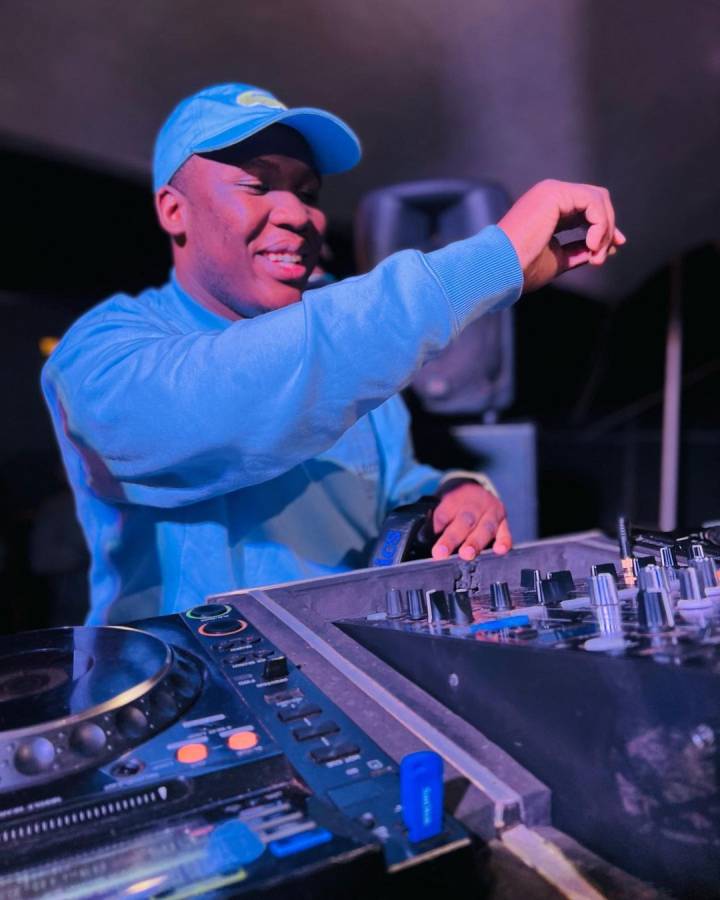 You may want to think of him as one of the amapiano thunders out there. Yes, De Mthuda is one of the powerful voices in the world of piano music in the Rainbow Nation. It’s interesting that while he should think there’s no king of amapiano music in South Africa, he should also refuse to appropriate the crown.

That notwithstanding, he’s a very important name in amapiano music and deserves a place on the list. 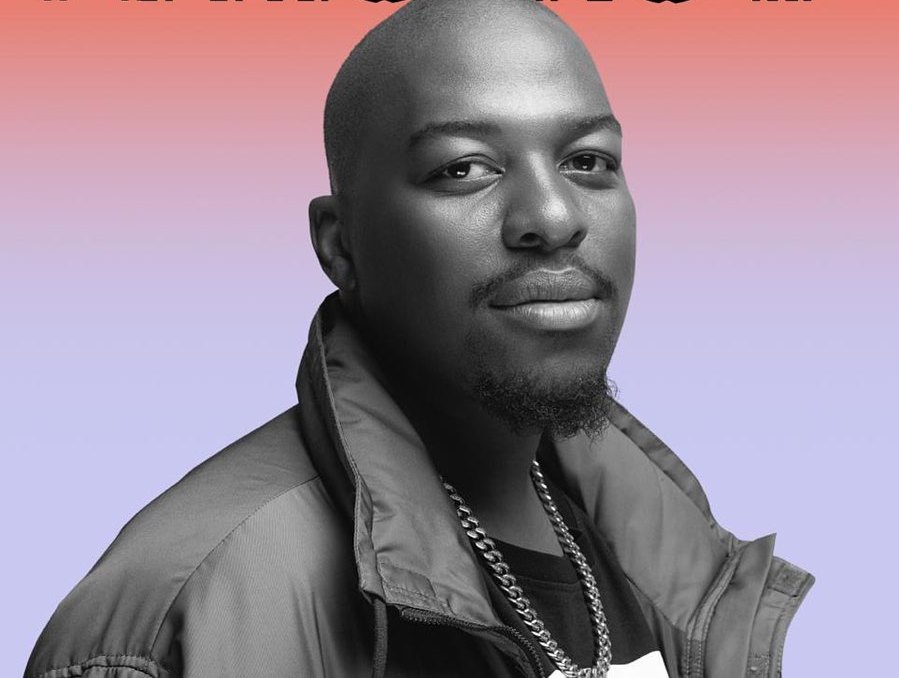 Here’s any mother’s dream son – a bod who’ll make a promise and fulfil. Mr Jazziq is one of the big winners in South Africa’s amapiano scene this year. From Mzansi to London, the songster walked boldly with his piano message. And then he’d bought his mother a Mercedes Benz – a promise he made to her before he became rich and famous. 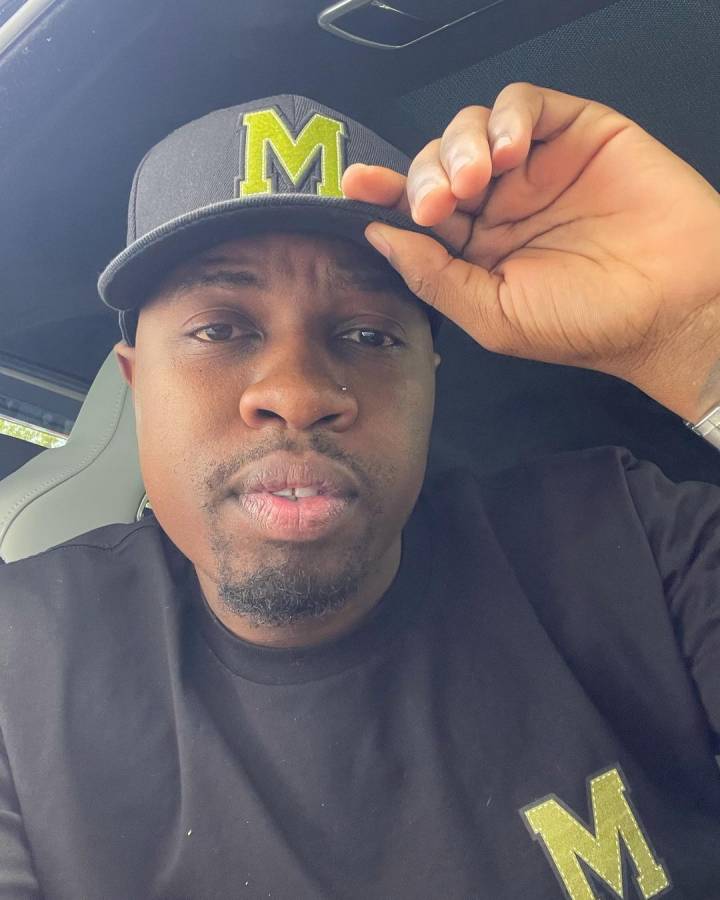 DBN Gogo, a DJ and singer, is one of the winners in the yanos orbit this year. She had especially captured attention when she synchronized her moves at the decks with those of the people standing beside her while she played her set. 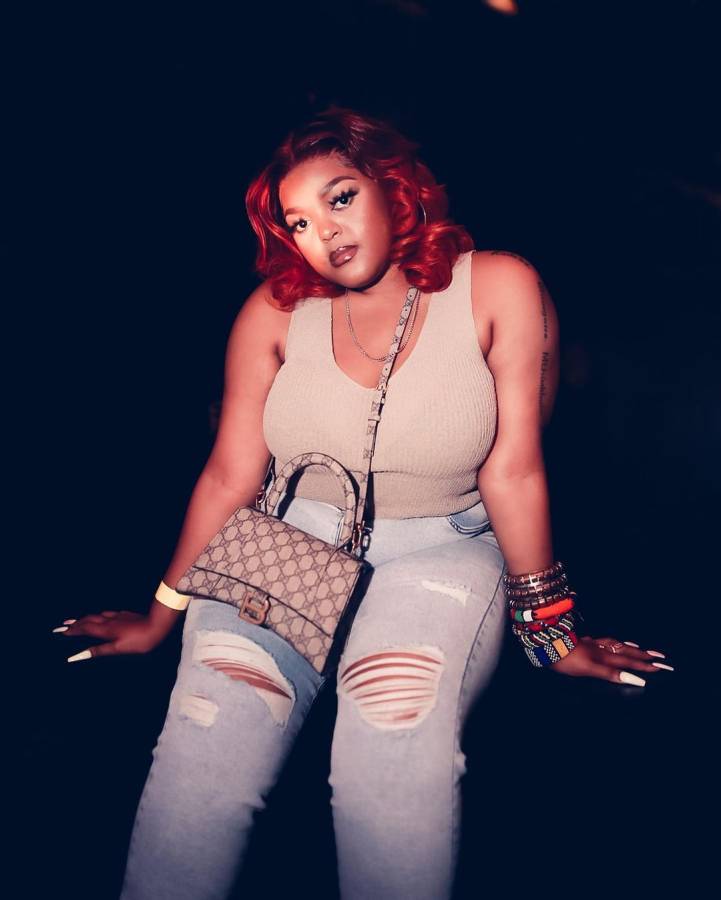 With music that easily keys into the soul, Musa Keys had warmed the hearts of many musicians this year with his drops. Whether on a song all his own or as a guest on the songs of others, this songster has done remarkably well this year. 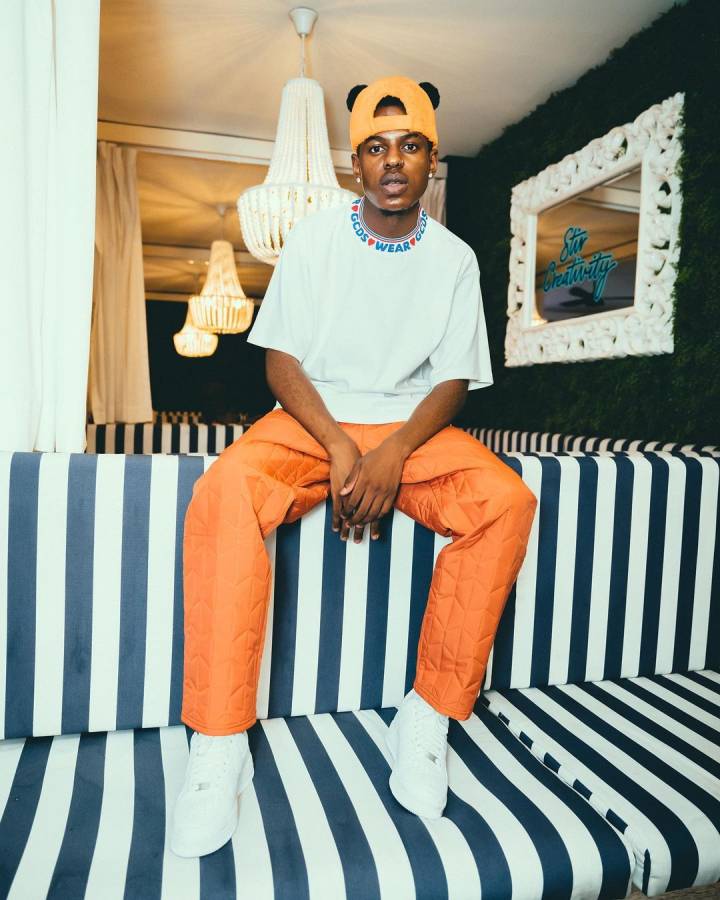 Major League DJz, which is made up of the twin brothers Bandile and Banele Mbere, has a mission to take the amapiano sound t the ends of the earth, and the group has been doing just that. 2021 has taken them to several countries, including Nigeria, the United Arab Emirates, and the United Kingdom.

Interestingly, Bandile and Banele started with hip-hop. Along the line, they had ditched rap and started their Amapiano Live Balcony mixes. 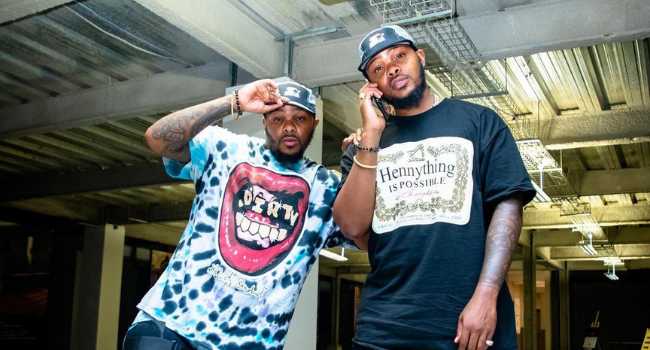 Lady Du considers herself blessed and one cannot fault her verdict because, even with a weak heart, sis is still a winner on the stage. She can dance and sing without having to be taken to the hospital in an emergency – not the same with running. 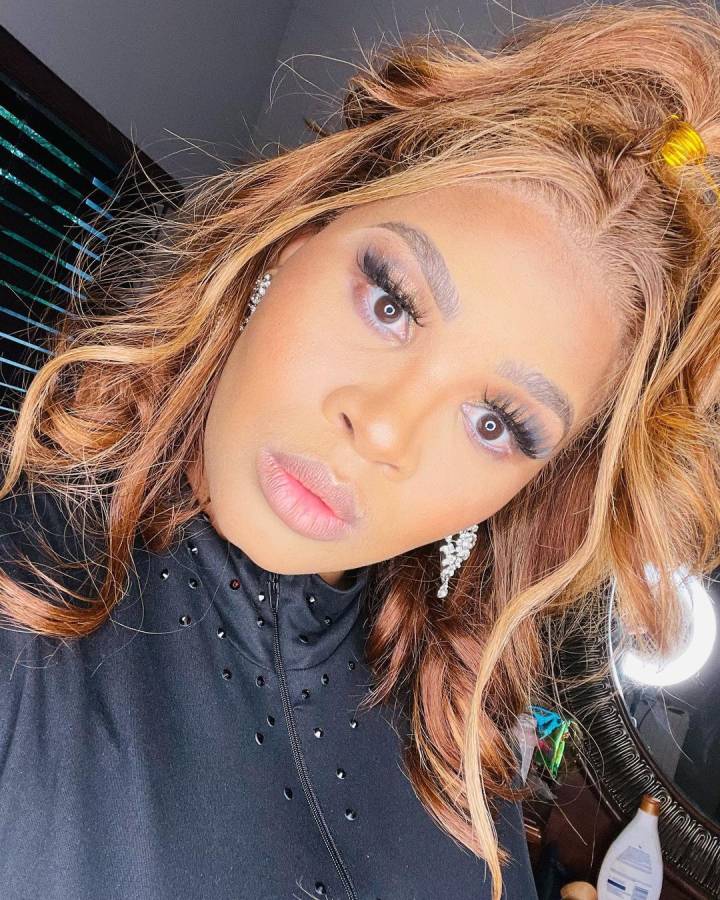 This list wouldn’t have been complete without Young Stunna. This songster, a protégé of the Scorpion King Dj Maphorisa, is one of the big winners of 2021. His debut album gained serious traction in South Africa.

In fact, “Adiwele,” one of the songs from the project, because almost a national anthem in Mzansi and the favorite of Uncle Waffles. 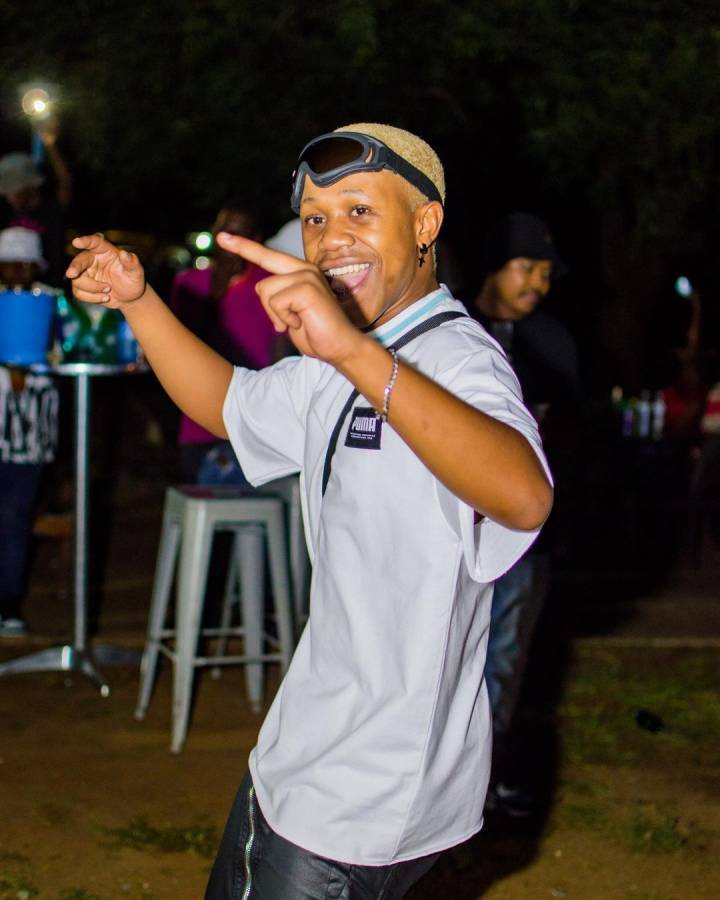 Vth Season’s Ami Faku is one of those who made tangible leaps in the piano orbit this year, working with some of the key voices in the genre. A wardrobe malfunction that saw her wear the left leg of her Nike trainers on her right foot and vice versa temporarily detracted attention from her musical wins this year. 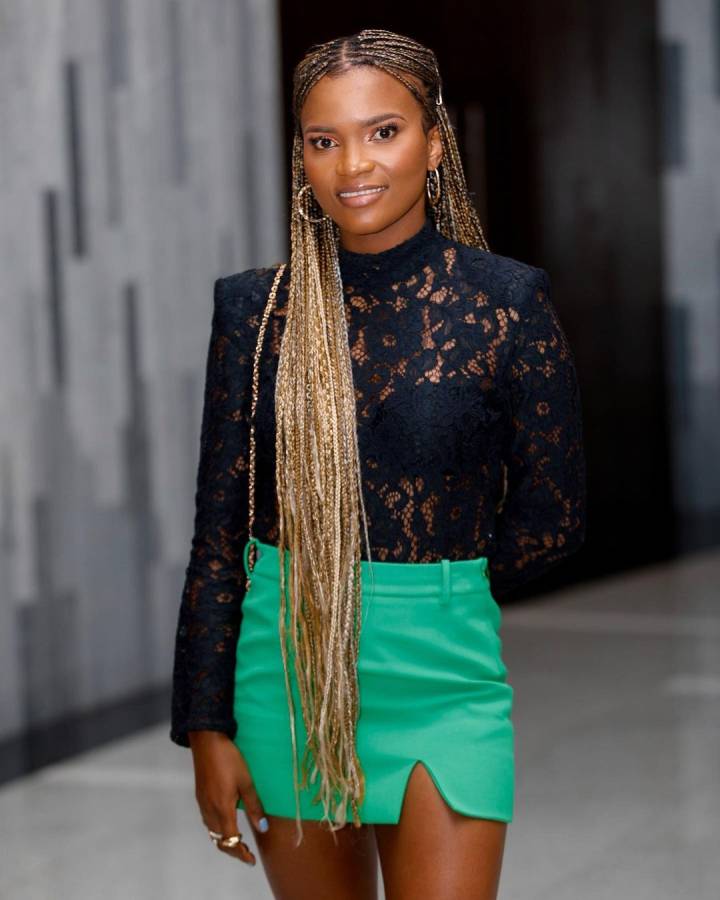 Mas MusiQ is a singer and producer who gained attention recently via DJ Maphorisa’s Blaqboy Records.  In the intervening years, he’s released several winning projects and consolidated his hold on the amapiano music scene in South Africa. 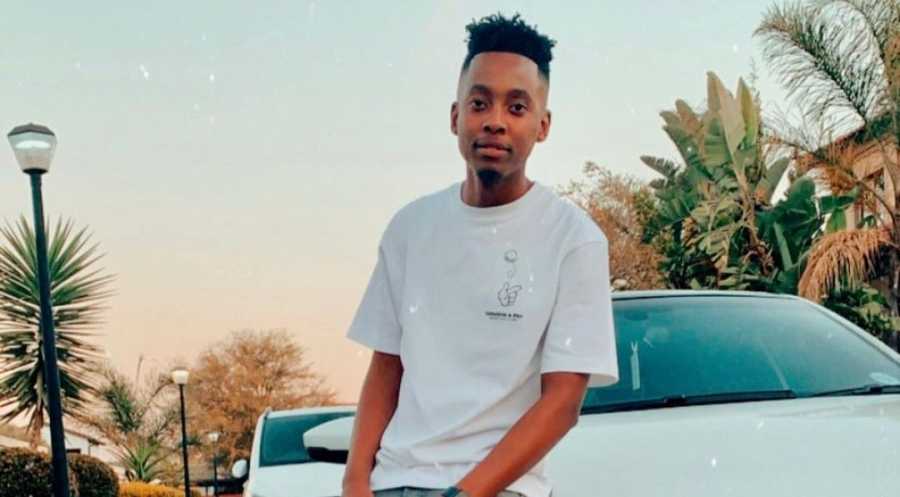 Mellow & Sleazy is a band of two buddies. Although new on the music scene, these friends have long shown that they are among the groups to be taken seriously in South Africa’s amapiano orbit. Not surprisingly, they have also been high in demand as collaborators. 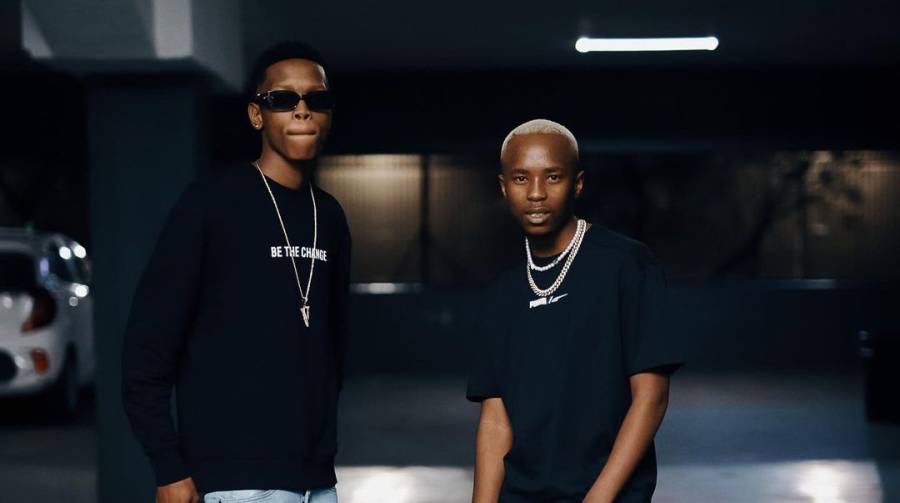 Another one for the producers! Kelvin Momo is an amapiano producer and singer and one of the voices you should hear if you care for the amapiano genre at all. He’s earned the respect of many in the industry, including Cassper Nyovest. 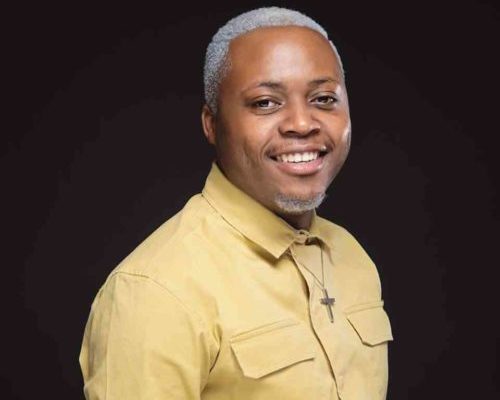 With a splendid voice and intriguing personality, Boohle has never struggled to have attention. She’s one of the musos who ruled 2021, thanks in part to the appeal of “Siyathandana,” a song she released in collaboration with Cassper Nyovest and Abidoza.

Although Boohle had provoked controversy by questioning the relevance of Cassper’s verse on the song, it takes nothing from the song’s status as a chart-topper. 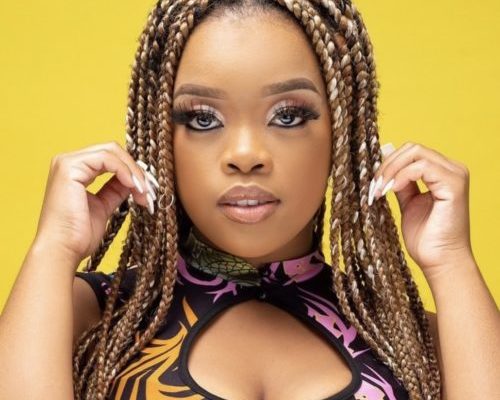 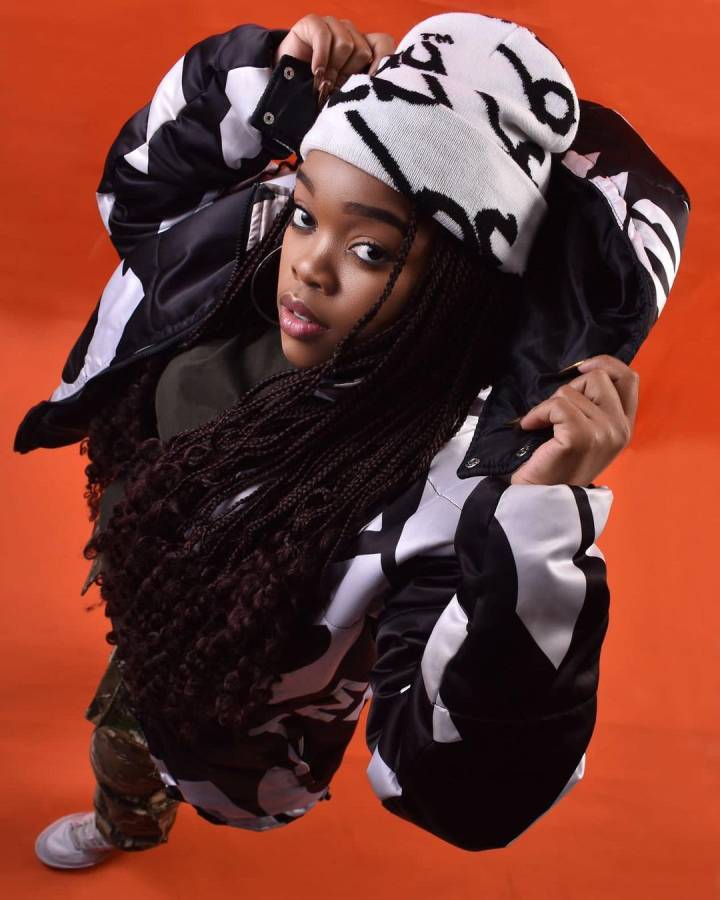 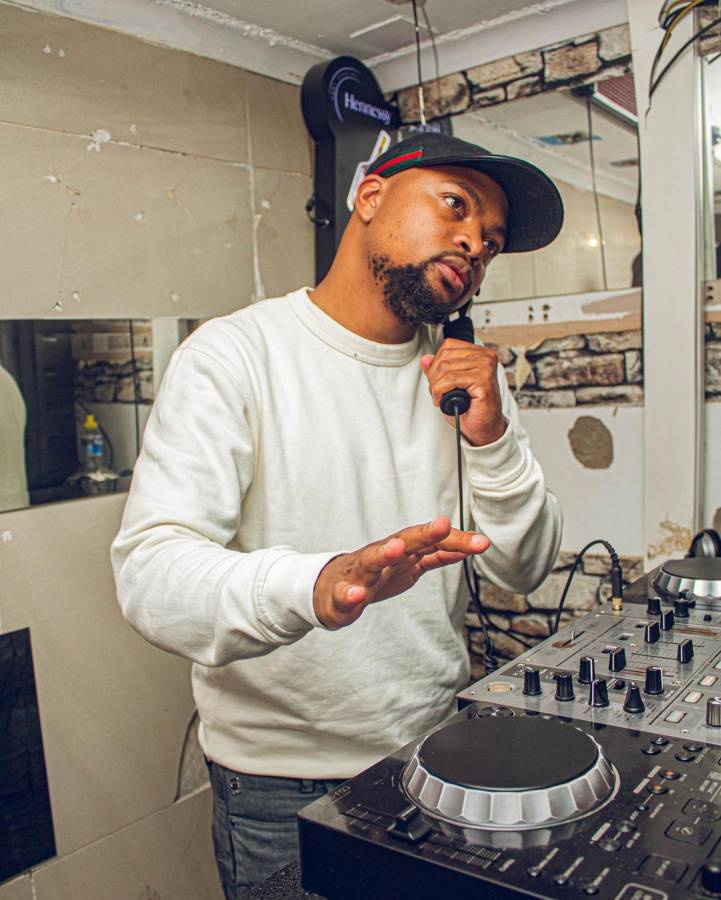 Daliwonga was almost everywhere this year, working with other artistes. This DJ and producer show knows his stuff. Now you know why almost everyone wants to work with him. 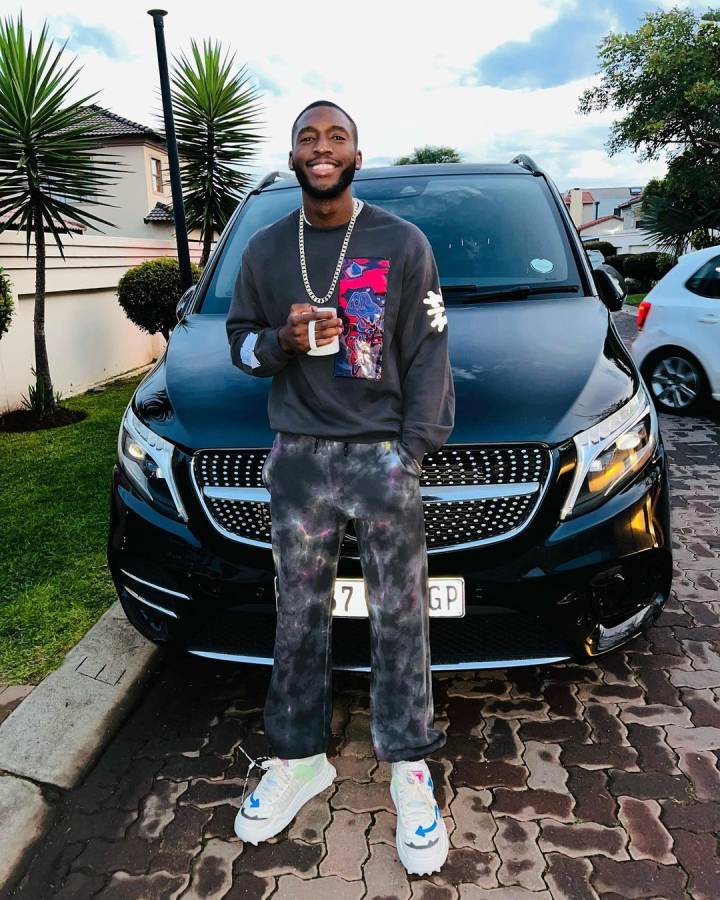 Another amapiano fellow with an impressive outing this year, Felo Le Tee sure as hell deserves a place on this list. Besides releasing piano winners of his own, he’d also featured as a guest on the works of others. 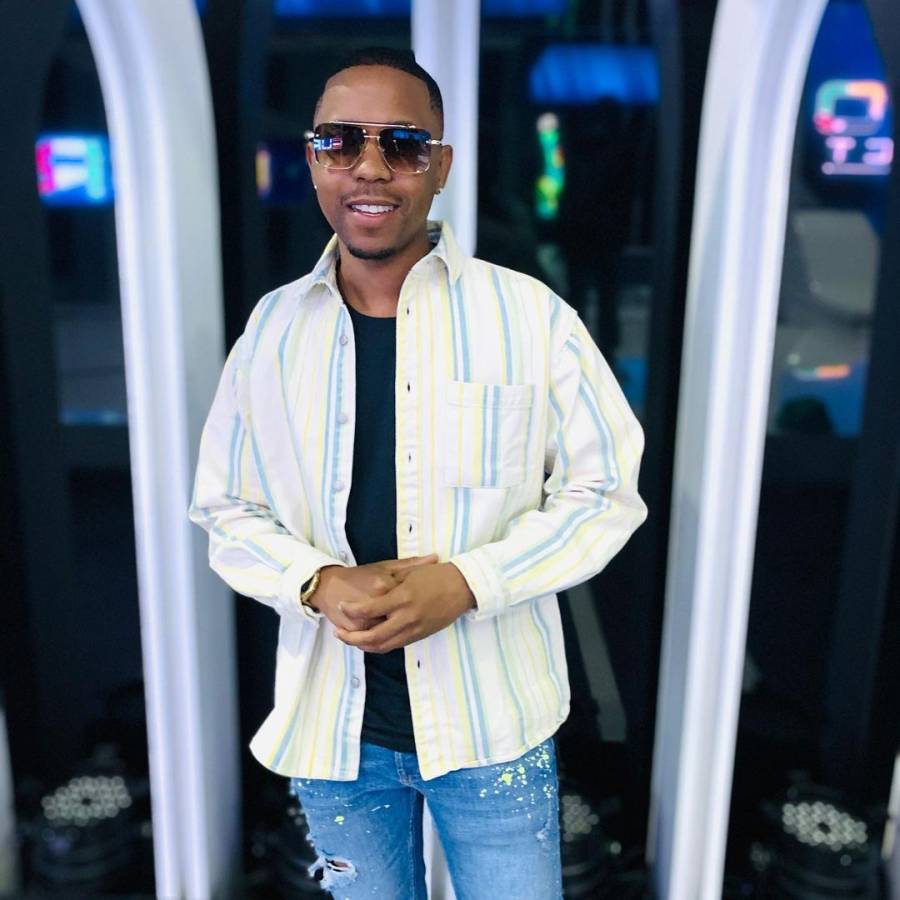 With the fancy name of Baby Boy, it is interesting that Vigro Deep has done way more than what one should expect from a baby boy. Right now, this DJ and producer is one of the key voices in South Africa’s amapiano space. 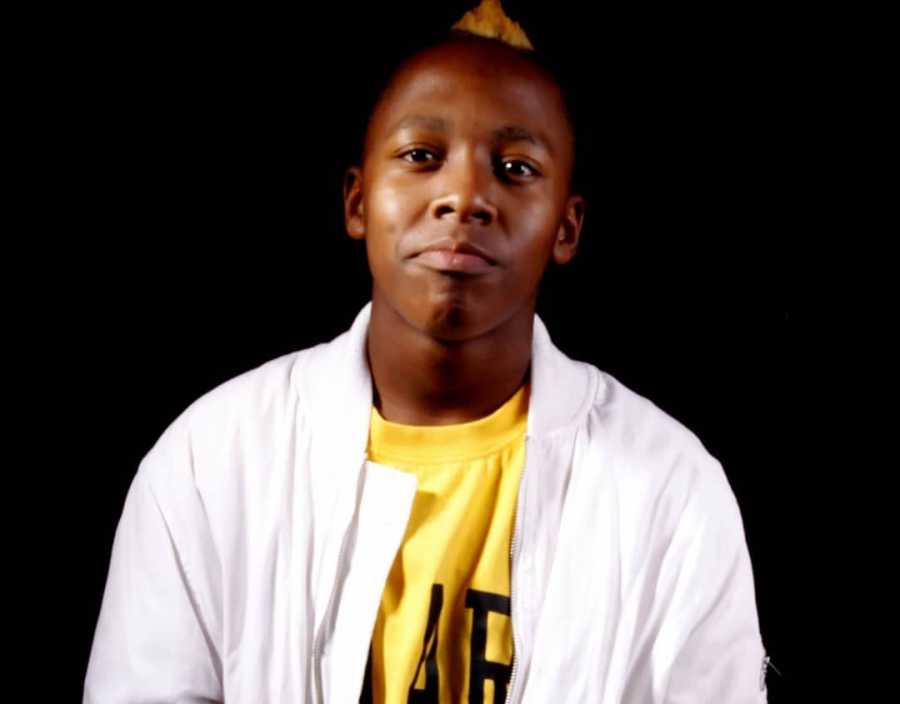 Equally deserving of a mention is Soa Mattrix, a songster in whose musical orbit many would want to dwell. 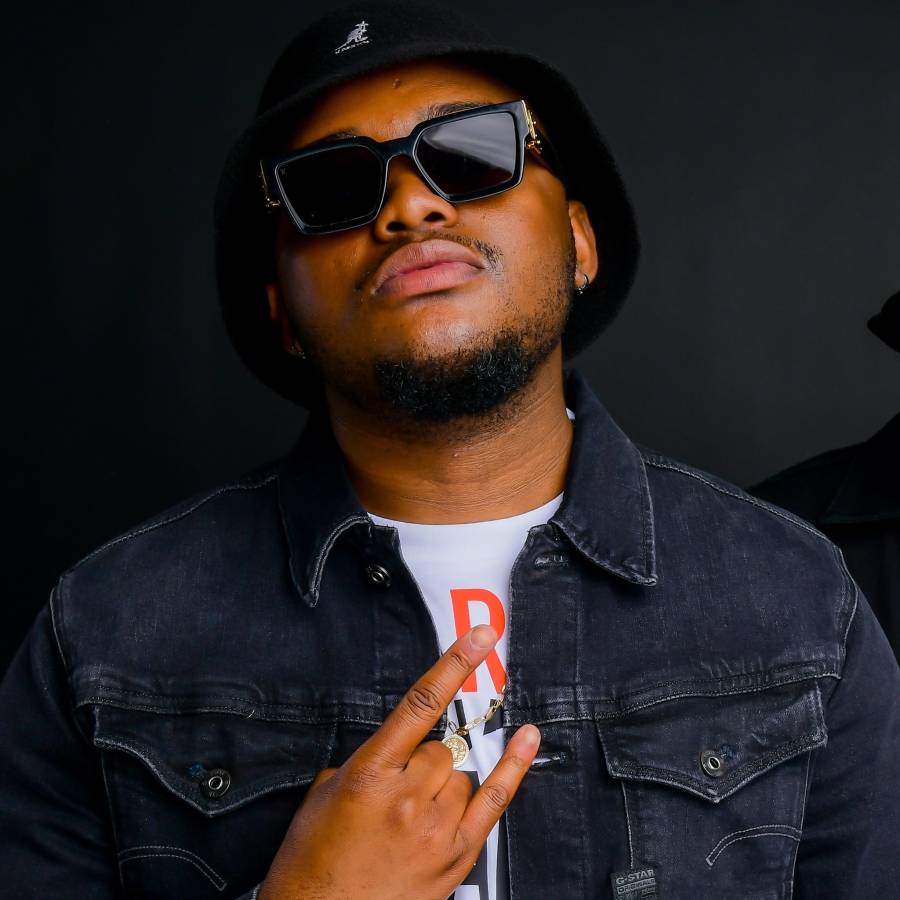 If you wonder why Cassper Nyovest didn’t make the list, you may want to know that we think him first and foremost a hip-hop artiste – a rapper.

With 2021 ending pretty soon, it would be interesting to see which of these musicians would still find their way on another list by this time next year.