Around the world, examples abound of couples who are in the same industry or similar industries and doing great, complementing each other. In this article, though, we are going to focus on music and South African couples.

South Africa is pretty rich in power couples. Whether by chance or coincidence, it is what it is. Some of these couples are so much loved that many look up to them for couple goals.

Below, in no particular order, are five South African music industry power couples.

Unarguably one of South Africa’s most loved couples,  Khuli Chana and Lamiez Holworthy have been giving the Rainbow Nation couple goals for as long as we can remember.

Khuli Chana is a hip-hop ace who recently veered into amapiano with a song titled “Buyile.” He’s a key supporter of his wife, Lamiez, who’s also a musician. Lamiez Holworthy is a maestro of the decks and turntables, spinning the numbers for the party crowd.

It wasn’t until recently, following a partnership with Universal Music and her husband’s company, that she released her first single, “Sthokoze,” with Drip Gogo and The Lowkeys.

Khuli and Lamiez are often in the news and for good. If they’re not rocking the dance floor, they’re spoiling each other with gifts and trips. 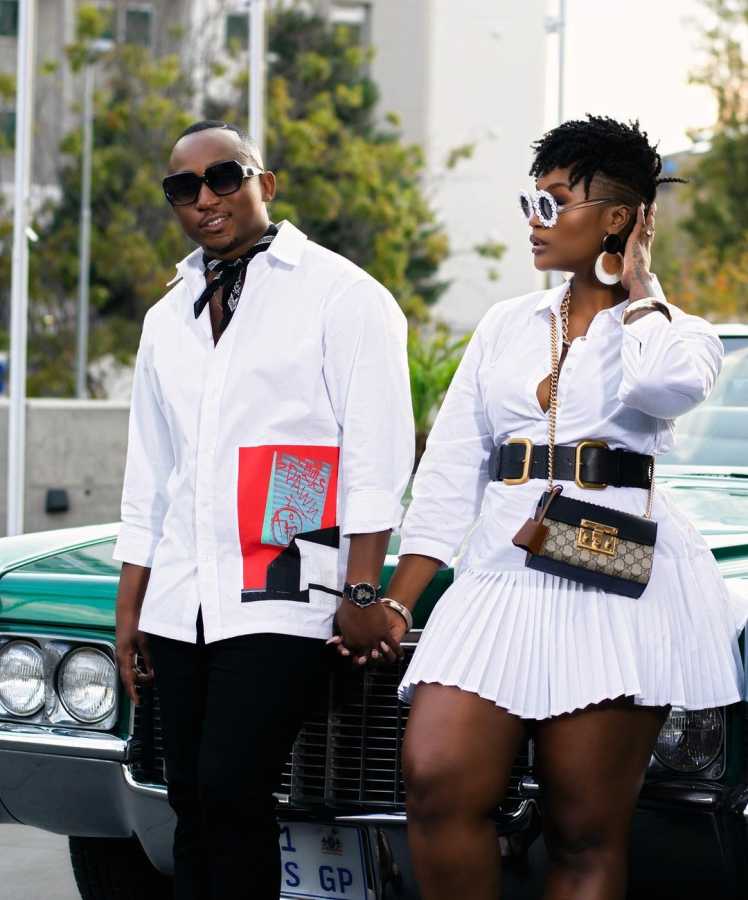 Their relationship is pretty nascent, compared to the other couples on our list, but they have already received massive endorsement from the public.

DJ Zinhle got into a relationship with Murdah Bongz shortly after she broke up with “Fela in Versace” rapper AKA for the second time. Some of her fans had been miffed when she got back with AKA after he “treated her badly and disappointed her,” as some fans would say.

The same fans aren’t complaining right now, though, as DJ Zinhle is having the time of her life with one-half of the Black Motion duo. Next to herself, Murdah Bongz is her favorite DJ.

When DJ lost her father, her man had done a song for her based on a note she scribbled about the death. She was charmed by the gesture. They’re the couple of the moment, heavily in the news – perhaps because the much-loved “Uzobuya” singer is pregnant and has announced her reality show, iThe unexpected. 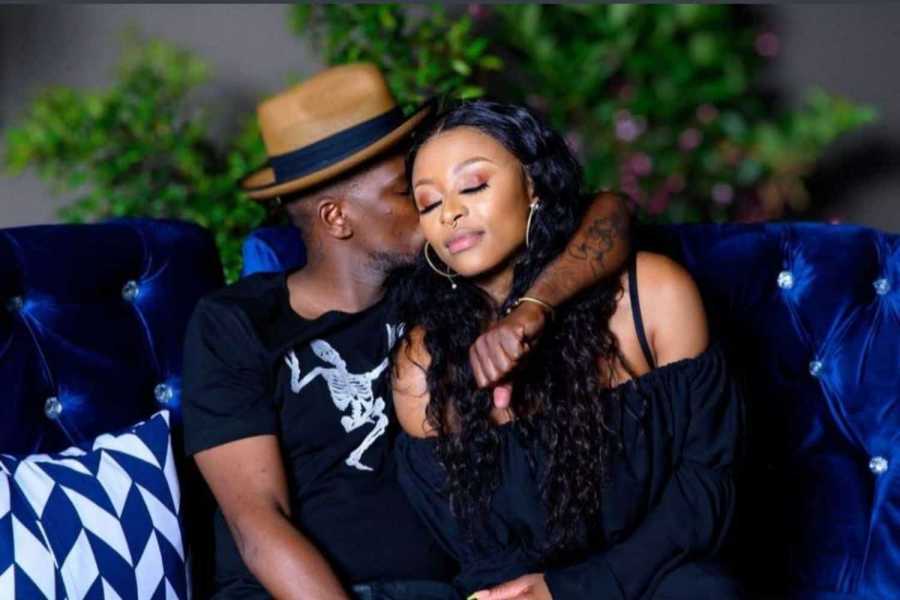 Zakes Bantwini and Nandi Madida easily find spots among South Africa’s most loved couples. Both are musicians but Zakes is more famous for his music and Nandi for her acting.

The “Organic” singer has worked with key figures in the movie industry in South Africa as well as the United States. She had played Nala in the Beyoncé flick Black Is King and had received a personalized gift from the pop icon soon after.

Music is where Zakes Bantwini’s name rings the most. The celebrated DJ and producer routinely honors Nandi Madida in his music. Who, for instance, can forget his “Your King” song for her?

The couple had “accidentally” (according to them) been married in community of property. When they decided to change it to out of community of property, many thought they were divorcing. They weren’t. Instead, they have been waxing stronger in love and getting positive media coverage as a couple. 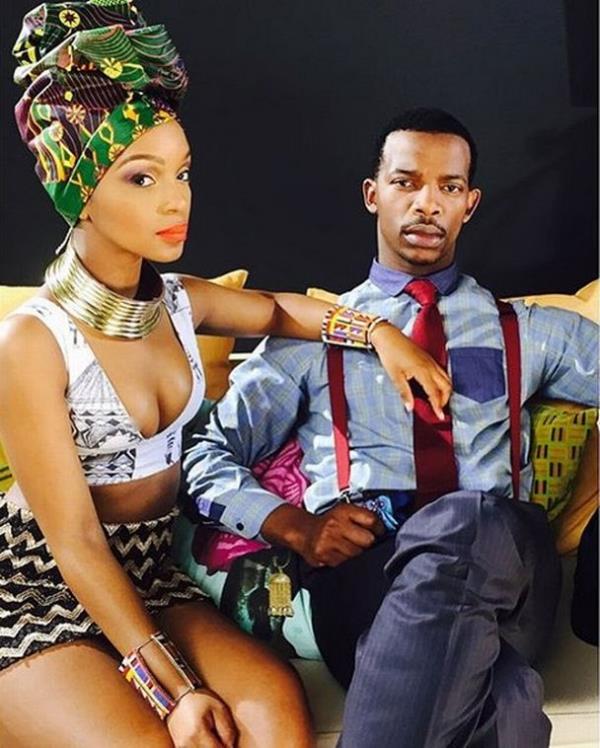 He occupies the offices of a composer, pianist, singer and producer and he’s doing great in them all. Brenden Praise is one musician with an arresting music persona and soulful voice.

Interestingly, his singing gift is beautifully complemented by his wife Mpoomy Ledwaba, a university dropout who has managed to build a thriving business as well as great online following in a short time.

Mpoomy is not only a singer but an entrepreneur and podcast host. The Mpumalanga native sang in her church choir before taking her singing to another level. Many see her as the voice behind the voice that is her husband and Idols SA finalist. 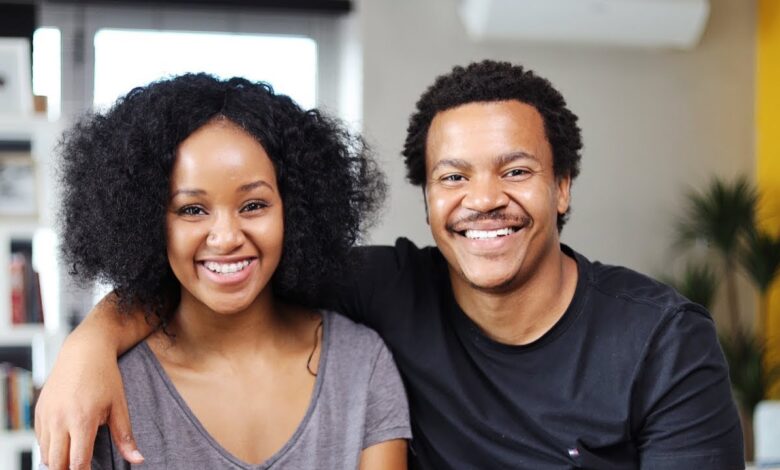 This list will not be complete without Bontle Modiselle and Priddy Ugly, who are also among our favorites. Before they became man and wife, they were friends for more than a decade.

Priddy Ugly is famous as a rapper and Bontle, who is herself a musician, is most famous as a choreographer and fitness nut. So obsessed was she with choreography that she had danced her way to the labor room, where she gave birth to her first child, Afrika.

Priddy and Bontle are fiercely complementary. They had teamed up over a year ago to form a group called Rick Jade. This collective has treated South Africa to songs like “Bonita,” “Sumtin New” and “Sweetie Lavo.”

Bontle, who’s older than her husband, thinks that he’s a gifted rapper but seriously underrated in the highly competitive universe of South African hip-hop.

The two are not always in the news, but when they appear, it is usually for good, and many are moved to tears by their love story and the bond they share.

Tags
Bontle Modiselle Brenden Praise DJ Zinhle Khuli Chana Lamiez Holworthy Mpoomy Ledwaba Murda Beatz Nandi Madida Priddy Ugly Zakes Bantwini
John Israel A Send an email 31 August 2021
Back to top button
Close
We use cookies on our website to give you the most relevant experience by remembering your preferences and repeat visits. By clicking “Accept All”, you consent to the use of ALL the cookies. However, you may visit "Cookie Settings" to provide a controlled consent.
Cookie SettingsAccept All
Manage Privacy