Almost everyone out there has experienced life in its many hues — pleasant and not quite so. But then, only a few are able to draw light out of almost all shades. One such person is the South African disc jockey and producer Visca.

A year after telling his compatriots to smile because better days are coming, the songster had lived up to that philosophy in a new project dubbed “Through Thick And Thin” EP. If you haven’t listened to that project, you can check it out right here.

The amapiano DJ has seen a lot on the material plane but manages to hold fast to the pylons of optimism as he drops his latest work.

This much is evident from his EP in review — a compilation that speaks faith, resilience, and the beauty of the human spirit amid ineluctable adversities. Join us, then, as we take the project piecemeal.

The project’s cover art shows the songster, in informal clothing, sitting amid a brilliant red background. The gaze is fierce, showing a man ready for life’s unforgiving charges. 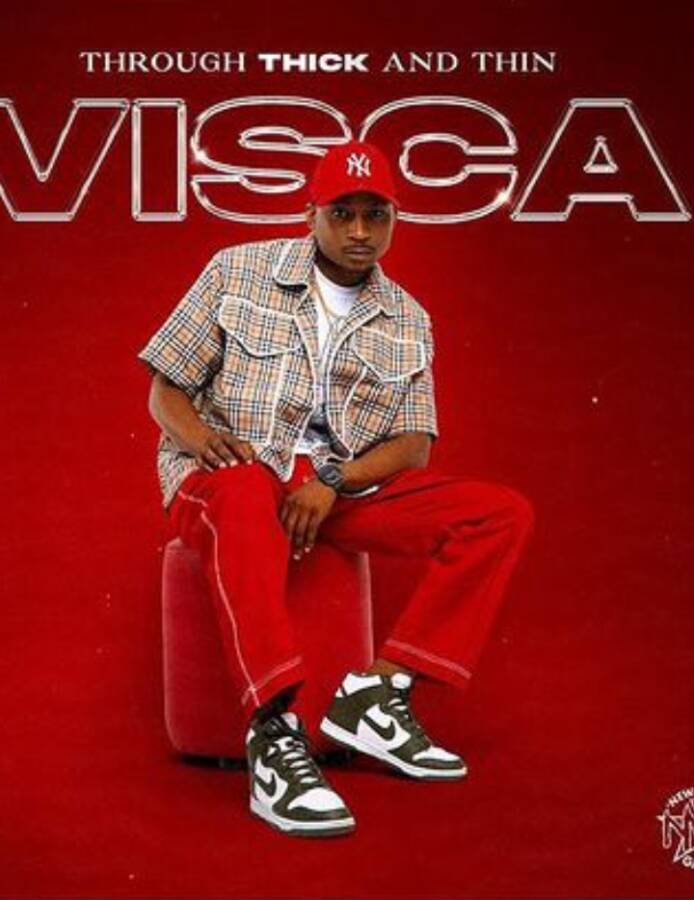 Visca elected to keep his tracklist compact, and he deserves commendation for that. There are just ten tracks in the project, beginning “UDlala Ngami” and ending with “Ngiyaz Fela.” in between those are songs like “Stop It,” “Ae Suke,” “Celeb,” and a song that references the adopted stage name of the singer.

For his latest EP, Visca managed to weave several messages together into one sumptuous while that’s hard to miss. The message of life and its terrors, growth, and so much more throb as themes of the project.

The amapiano universe is known for its fierce collaborative spirit. Visca tapped into the same spirit in the making of “Through Thick And Thin.” He worked with DJ Maphorisa, Kabza De Small, Mas Musiq, Daliwonga, Sir Trill and Felo Le Tee.

The songs in this compilation are patently inviting. However, some of them resonate with us the most. One such song is ” Visca Vimba” (track four). Another equally inviting number is the Kabza De Small-featured “Ae Suke.” The last track in the compilation is another winner we liked — and you might like it too.

In his latest EP, “Through Thick And Thin,” Visca affirms his creative power and gives his audience something to look forward to at the end of a black and bland day. To listen to this body of work is to drink the waters of new hope.

Tags
Amapiano EP Review Visca
John Israel A Send an email 4 May 2022
Back to top button
Close
We use cookies on our website to give you the most relevant experience by remembering your preferences and repeat visits. By clicking “Accept All”, you consent to the use of ALL the cookies. However, you may visit "Cookie Settings" to provide a controlled consent.
Cookie SettingsAccept All
Manage Privacy