Now and again, one is overwhelmed by the poetry of love from those who truly appreciate their mothers and keen the world should know about their values. Vusi nova is our spotlight “poet” thanks to the charms and message of his latest album “Ngumama.”

Before the South African musician treated fans to this afro-pop collection, he had released “Ntandane” in collaboration with his pal and Idols South Africa judge Somizi. “Ntandane,” a celebratory song for their mothers, was a soul-warming prelude to the album, although it sits at No. 6 in the compilation.

The compilation comes with a cover art showing a mother affectionately watching over her child. In reality, it is a real photograph of Vusi Nova and his mother converted to a painting.

“Ngumama” album premiered on Apple Music and other digital platforms on 29 January 2021. It houses 12 tracks in all and plays for exactly 50 minutes. Although low on guests (just three: Somizi, Madlingozi and Dumi Mkokstad), Vusi Nova manages to weave a splendid tale that will warm the hearts of not just every mother out there but the hearts of those who appreciate good music and fine storytelling as well.

The album begins with “Ever Since,” a track that might get the listener emotional. The song is unique in the sense that Vusi Nova performed it (and shared a clip of the performance on Instagram) before eventually releasing the album.

“Wena,” which sits at No. 2 on the tracklist, totes the message of love. The songster bears a similar message in “I L.O.V.E” U. while both songs might appear similar in thematic leaning, they’re markedly different in presentation.

“iYOH” is another soul-charmer from that compilation, a song that drives you into its orbit and actually detains you there. Vusi Nova worked with no one here. He did great with the song nonetheless.

The eponymous track “Ngumama” drives home the message of a son’s appreciation of the miracle of birth and the instrument of that miracle: his mother. It is a song for all time – immersive.

“123” might appear facetious for a title, but this 7th track from the compilation is nothing facetious. It is a lyrical winner, anyway, something you wanna vibe with again and again.

The follow-up track, “Ndi Nawe,” is an emotionally stirring track and one that stays with you long after you’re done listening to it. “Emkahya” is just as engaging, a song you should not only be pleased to check out but to share with those close to you.

Track 10, “Nomathemba,” rings true. The song is uplifting on many levels and not something you’re going to forget in a hurry. In fact, we count it among the most memorable tracks in the compilation and encourage you not to skip in your “Ngumama” journey. 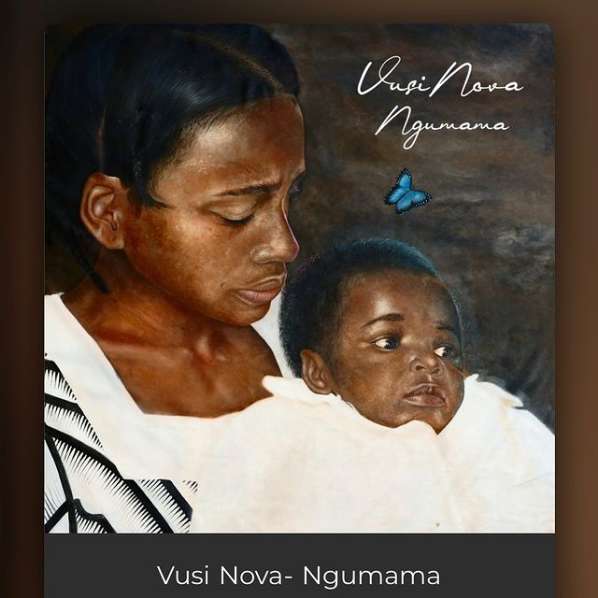 With “Ingaba” Vusi Nova loudly advertises himself as not just another craftsman but one with the power to snap attention and retain it. This splendid, invigorating tune will keep you going for days to come.

“Yibanathi,” a collaborative track with Dumi Mkokstad, is the last on the tracklist and great as the last in the sense that it beautifully sums up the message of the album. It is as much a benediction as it is an acknowledgement of the many turns life can take. It makes for an immersive listening experience.

“Ngumama” is a fine afro-pop feast and one should be be chuffed to share with anyone after your heart – mother or not.

On the surface, “NguMama” is a dedicatory work to Vusi Nova’s mother. But the work transcends this. It is a warm note to all mothers out there.  It is something to be loved and shared, too.

Tags
Gospel Pop Review Vusi Nova
John Israel A Send an email 3 February 2021
Back to top button
Close
We use cookies on our website to give you the most relevant experience by remembering your preferences and repeat visits. By clicking “Accept All”, you consent to the use of ALL the cookies. However, you may visit "Cookie Settings" to provide a controlled consent.
Cookie SettingsAccept All
Manage Privacy