As the name suggests, Mandela coins are the coins that bear the visage of South Africa’s first black President Nelson Mandela. The coins were in circulation when the president was alive and they still are now that he’s dead and buried.

Mandela coins were thought to have soared in value at the time of the venerated leader’s death, leading many people to seek out avenues and places where they can sell their coin for much more than their face value.

If you have a stash of Mandela coins that you want to sell but somehow have been unable to do so, you may want to know that there are actually places where you can sell them with ease.

But then we can’t tell if the buying offers you might receive will be up to your expectations, nor are we vetting the people and brands that might want to buy your Mandela coins.

The first is Bid or Buy (bid or buy dot co dot za). With this South African site, you have the option to not only sell your Mandela coins but to buy from available sellers as well.

Another place where you can sell your Mandela coins is eBay (ebay dot com). EBay is older and has a global profile. This is no assurance someone would not try to bilk you on the website, though.

The determination to sell Mandela coins has been hinged on the belief that one can make much more than the face value of the coins when sold. 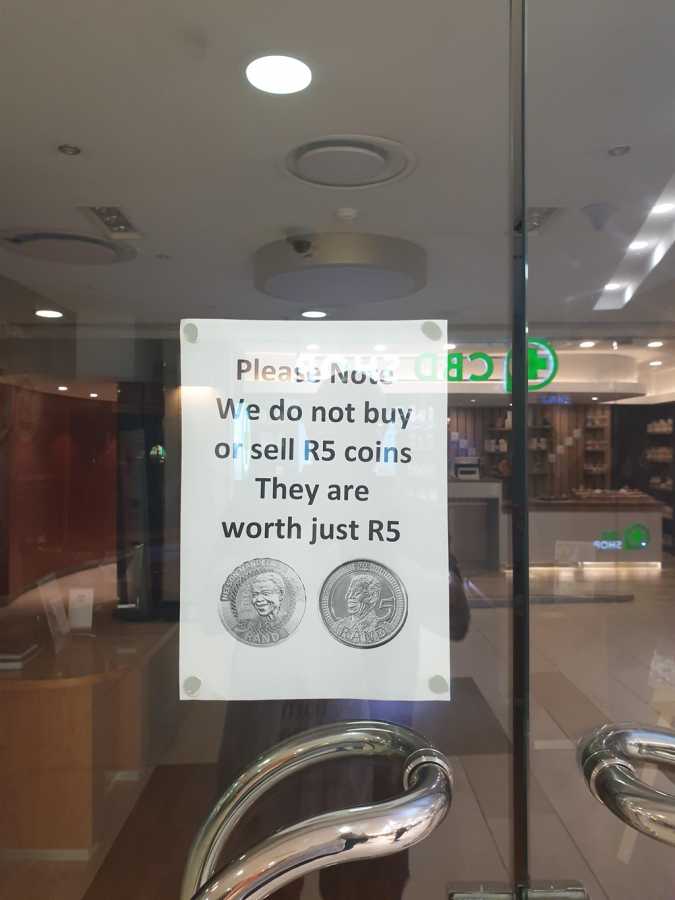 Of the coins currently in circulation, the R5 Mandela coins, which commemorate Mandela’s 90th birthday, have been the most talked about, with many thinking they can get up to R5,000 from exchanging just one of those coins.

However, the SA Reserve Bank has continually warned these coins are not worth more than their face value. There you have the word from the authority.

Don’t lose heart, though, if you still want to sell you coins for more. A recent report indicated that R5 Mandela coins sold for R100,000 a few years ago. The key here might be in finding buyers willing to pay that much for a coin.

Tags
Mandela Coins
John Israel A Send an email 22 June 2021
Back to top button
Close
We use cookies on our website to give you the most relevant experience by remembering your preferences and repeat visits. By clicking “Accept All”, you consent to the use of ALL the cookies. However, you may visit "Cookie Settings" to provide a controlled consent.
Cookie SettingsAccept All
Manage Privacy