Every grown person out there had taken baby steps at some point. For South African singer Young Stunna, creatively speaking, his baby step was the release of “Notumato” – his debut album.

While this is his first project, he had released songs before then. But that’s by the way. The compilation meant so much to him, and he’s grateful to those who made it possible, including the Scorpion Kings DJ Maphorisa and Kabza De Small, who are also guests on the project.

With 16-tracks, “Notumato” falls into the category of a full-length project. But, interestingly, there is not one song without a guest. This might raise questions on why the singer doesn’t have at least one song where he’s spitting his bars all by himself. But we wouldn’t want to dwell on that.

Whether by design or by accident, the album begins with one of the most memorable songs in the entire compilation. “Adiwele” features the Piano Kings Kabza De Small and DJ Maphorisa, artists whom Young Stunna is grateful for his musical emergence.

“Shaka Zulu” is another key jam from the compilation and one that might bring to the fore a man that many easily refer to as the fiercest Zulu King ever. The royal had reportedly killed his brother to retain power. It’s not a song of blood, though.

For a compilation of 16 tracks, Young Stunna, fortunately, didn’t deluge the listener with themes. Instead, the themes are compact, with a couple of numbers somehow thematically linked.

From the raptures of brotherhood to the beauty of having a good time with those you care about, as well as looking forward to the future with optimism, Youn Stunna weaves a memorable musical experience.

And that’s where the use of artists from multiple genres appears most welcome. In all, you have a richly layered mix of themes – with something for just about anyone who loves good music and a good time.

When a body of work is as rich as 16 tracks, you expect to have at least one song without a guest artiste. Unfortunately, young Stunna disappointed in this regard, leaving the listener with nothing to assess him without another artiste “intruding.”

Blxckie and Big Zulu are two key figures in hop hop who somehow found their way into a piano project. Where Blxckie might be grouped among the fast-rising rappers, Big Zulu is already securely established, with a record label (Inkabi Records) to his name. 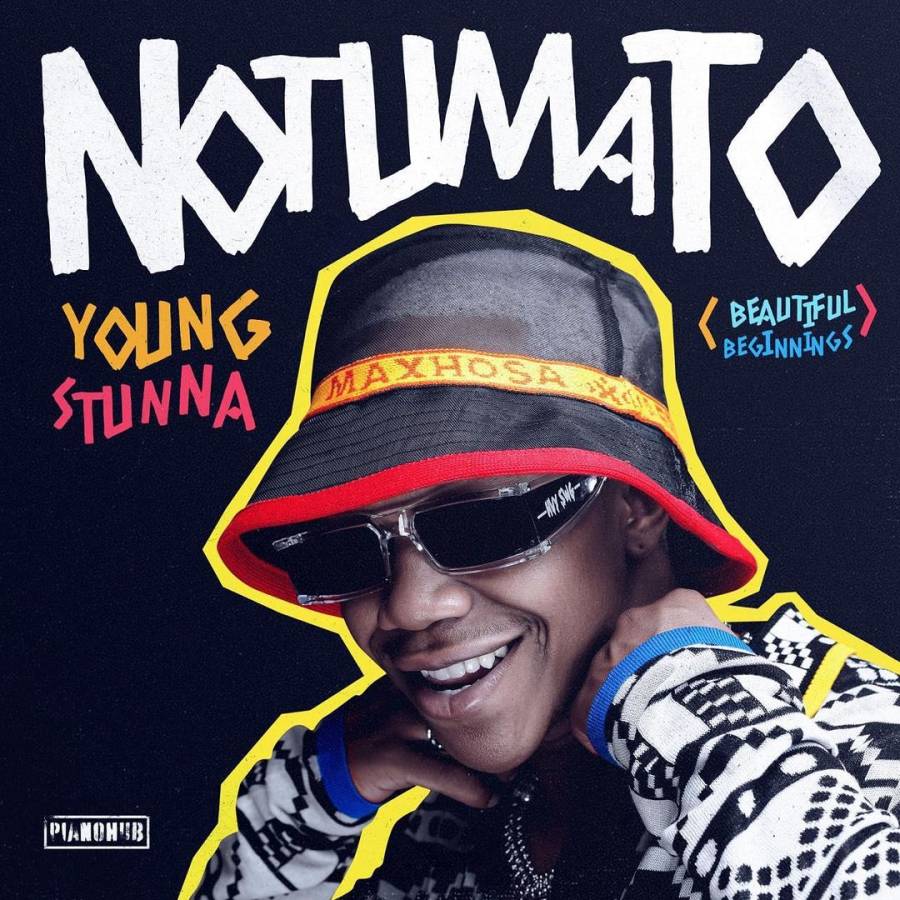 “Notumato” album is a fine compilation and one that may as well earn Young Stunna the tag of one of the stars of the moment. Although of the piano genre, this body of work will quickly attract lovers of other genres, too.

For a debut project, it shows that Young Stunna is one musician no one should be quick to write off. He’s got the voice and the soul to snap the attention of an audience.

The “baby steps” Young Stunna has taken with his “Notumato” album will only elicit a smile and a nod from those who know what it takes to venture out there with that burning gift called talent.

You gotta make a place for “Notumato” album on your playlist. To beautiful beginnings. 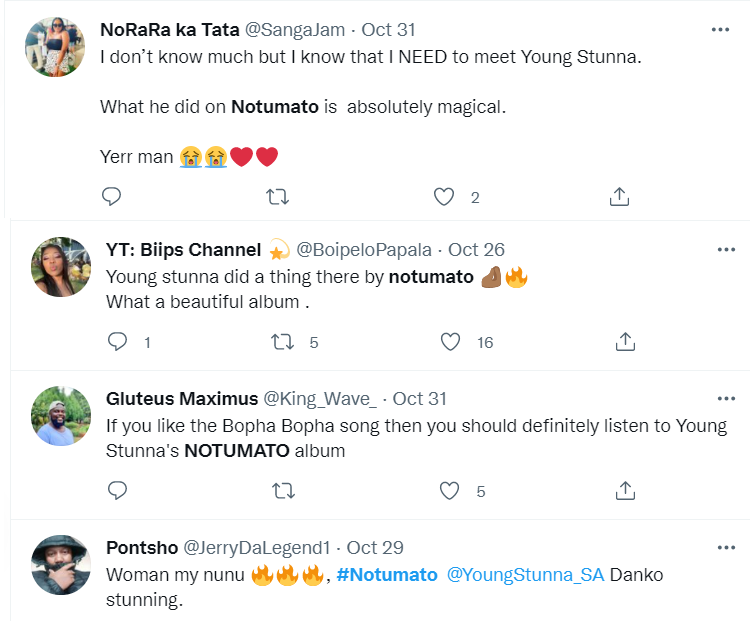 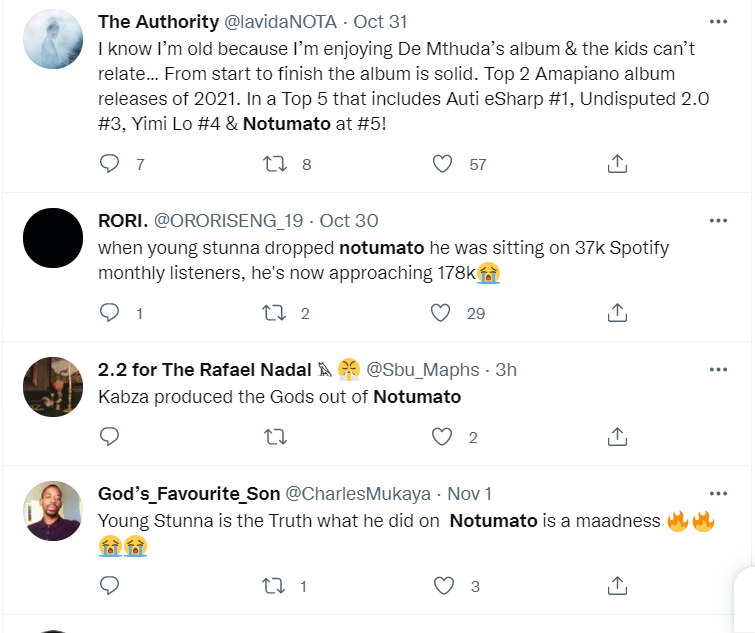 Tags
Amapiano Review Young Stunna
John Israel A Send an email 3 November 2021
Back to top button
Close
We use cookies on our website to give you the most relevant experience by remembering your preferences and repeat visits. By clicking “Accept All”, you consent to the use of ALL the cookies. However, you may visit "Cookie Settings" to provide a controlled consent.
Cookie SettingsAccept All
Manage Privacy