Amanda Du-Pont is an actress of both Swazi and South African citizenship. She was born to Henry Du-Pont and Antoinette Du-Pont in Manzini, Swaziland.

She lived briefly with her cousin Alulutho Du Pont, with whom, much later, she moved to Mpumalanga, A South African province, where she attended Uplands College.

After college Amanda got a scholarship to study at the New York Film Academy, where she had a great introduction to film and acting.

Back in South Africa, she launched her career as an actress. She had featured on several flicks, including Loksion Bioskop: Andilalanga and  Life are Wild (as Senna). In 2014, she played the leading role in the film Between Friends. In the same year, she made her debut on Skeem Saam (as Nompumelelo “Lelo” Mthiyane), a role she retains.

She has also featured in films like Hear Me Move, Generations, 10 Days In Sun City, Taryn and Sharon, Task Force, and Shadow.

Amanda Du-Pont has big dreams of working with A-list at an international level and one day winning an Oscar. In the interim, she is holding to the Lifetime Achievement award she got at the age of 21 from Swaziland’s Department of Arts & Culture.

Besides acting, Amanda Du-Pont is also a television presenter. She anchors SABC-3’s “Cave Man” and “Biting About.”

Some celebrities prefer to keep their age secret. Amanda Du-Pont is okay telling the world hers. The Generations star is currently 32 years. She’ll be 33 in June.

Amanda Du-Pont is doing well as an entertainer. She might be counted among actresses living the life – as the saying goes. She has an estimated net worth of R25 million.

In one of her posts, showing them hugging, she had stated that those who should find true love should hold on tight. She tagged her man to the post.

In an Instagram post, the actress revealed it was her grandmother’s wish to see her married before she (grandmother) died. And when she eventually passed, Amanda shared a heartfelt message to her late Gogo, letting her know she’s married.

That was when Mzansi knew she was married. She never announced her wedding, so she probably got married secretly. Two years earlier, the pair had got engaged in the Maldives. 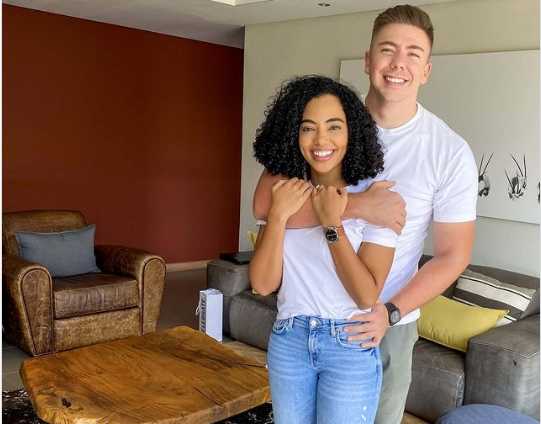 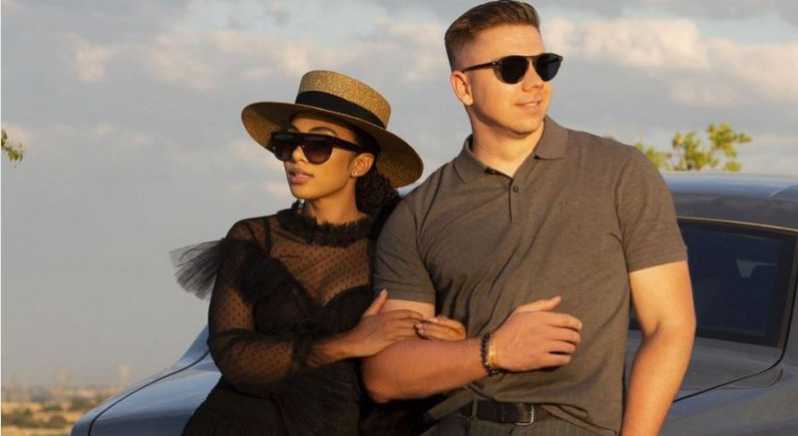 TRIVIA: She dated celebrities like Cassper Nyovest and Jub Jub before settling down with Shawn Rodrigues. Also, she had once stated that she was abused while in a relationship with someone she didn’t name.

It has been said that having sisters is like having treats to life. This probably applies to Amanda Du-pont, who has sisters named Adele-Kim and Kayleigh Du Pont. Known for keeping her private life private, Amanda Du-Pont occasionally shows off her sisters online, but there is no public information to prove that her sisters are twins. 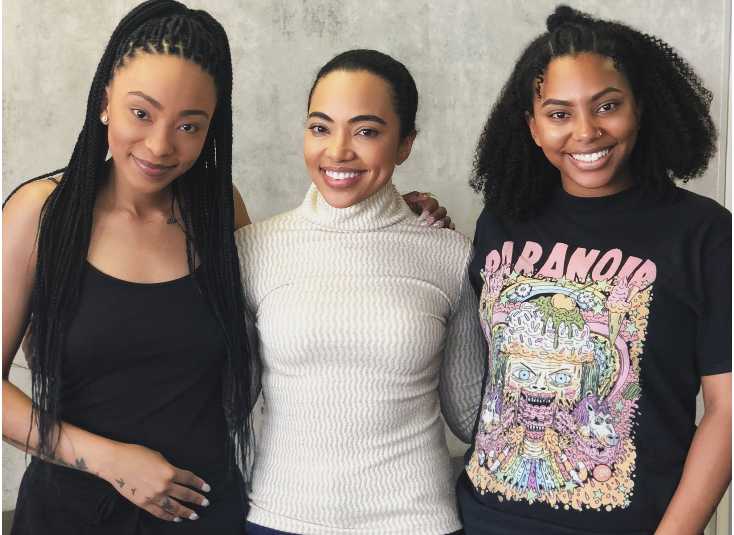 Amanda Du-Pont has no child yet. There have been reports online about her “babies,” but the “babies” referenced are not human.

One of the “babies” was a Range Rover Sport, which she got when she became a brand ambassador for the luxury SUV brand. “I love my new baby! 🤍 This is definitely God’s Grace,” she had written on Instagram, sharing a picture of her new ride.

Another is her “fur baby” – or dog – called Dior. The dog reportedly had back pain and was taken to the vet. Unfortunately, it died soon after, in January 2021. She described the dog as having the purest of souls and being used to the soft life.

“RIP to my baby Dior. We lost her last night. I am broken and have been crying all night,” she posted online after the death.

Amanda Du-Pont is an unapologetic athlete of the soft life. And she doesn’t hide this. She reportedly lives in a splendid mansion worth about R4 million.

She has shared a couple of pictures of the apartment. She is especially chuffed with the dining area. She had shared a picture of the place on Instagram, detailing her love of the ambience created. 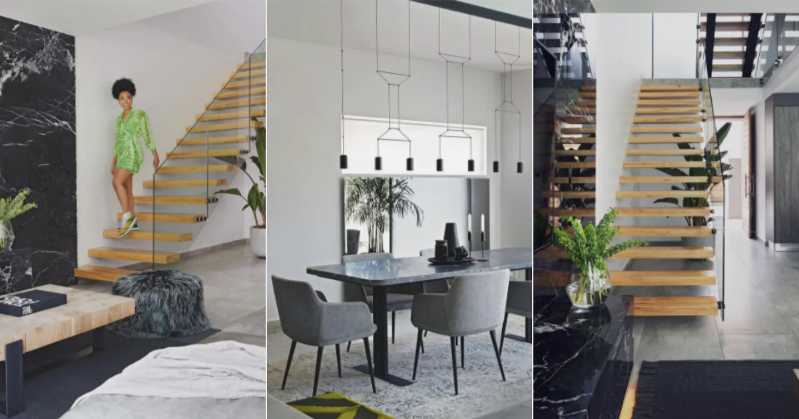 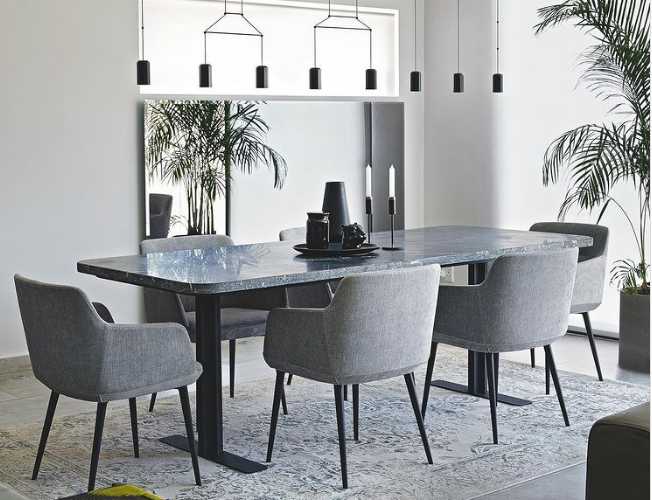 The Skeem Saam actress is Swazi but has a deep Portuguese, Chinese, and French ancestry. She has spent so long in South Africa that she now has dual citizenship.

Amanda Du-Pont has not made her personal phone number public. She may, however, be reached on her social media channels, where she is active, including Tit Tok, Instagram, and Twitter.

Are there other aspects of the actress you think we should have included but left out? You’re welcome to drop them in the comment section.

Tags
Amanda du-Pont
John Israel A Send an email 4 March 2021
Back to top button
Close
We use cookies on our website to give you the most relevant experience by remembering your preferences and repeat visits. By clicking “Accept All”, you consent to the use of ALL the cookies. However, you may visit "Cookie Settings" to provide a controlled consent.
Cookie SettingsAccept All
Manage Privacy