Ahmed Ololade, professionally known as Asake, is a Nigerian Afrobeats and Amapiano singer and songwriter. Asake is signed to Olamide’s YBNL Nation and Empire Distribution. The singer’s stage name pays homage to his mother, whose first name is Asake. He first broke into the scene with the hit “Lady,” released in 2020. He has since gained more hits, including “Sungba,” “Omo Ope,” “Palazzo,” and more. He is renowned for his melodic hooks and stacked vocals which has become his signature style.

Asake studied Theatre and Performing Arts at the Obafemi Awolowo University in Ile-Ife, Osun State, Nigeria. Inspired by Africa and Nigeria’s most prominent musicians, including Wizkid, Olamide, Davido, and more, Asake began making music professionally in 2015. His music fuses elements of Hip Hop, RnB, Amapiano, Afrobeats, and Fuji into one.

He started as a backup singer on Nigerian comedian and singer Broda Shaggi’s band. He collaborated with Shaggi on the song “Star” in 2019. The song was a mild success. Next, he released “Lady,” and it became a more successful release. The song also went viral on social media. He later released “Mr. Money,” which earned him the nickname. He later released “Omo Ope,” which helped him gain Olamide’s attention. Asake has released two successful projects, including “Ololade Asake EP” and his debut album “Mr. Money With The Vibe.”

Asake’s parents are Muslims who raised their son in a religious way. His father was an entrepreneur, and his mother was a teacher. In the entertainment scene, he goes by the name “Asake” in homage to his mother, whose first name it is. There are further stories that he gained the nickname in secondary school due to his dance talent.

Asake was born and raised in a Muslim household. He has not shared many details about his family and his upbringing. His family is Yoruba, and they all live in Lagos, Nigeria. 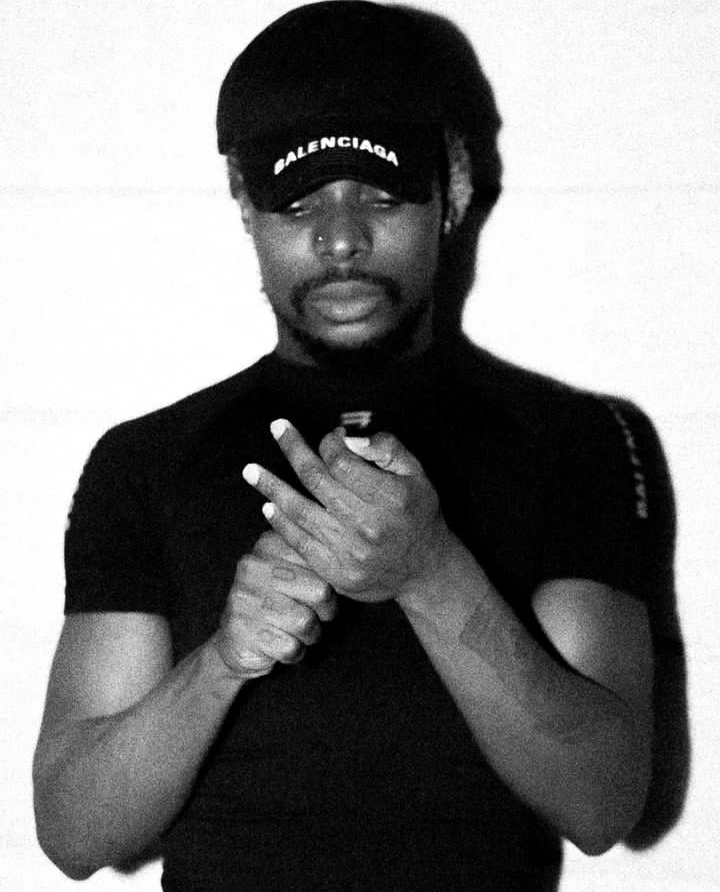 Asake has not shared many details about his family. There is no information about the number of siblings he might have or if he is an only child. He has kept his personal life away from the public eye.

The exact estimate of Asake’s net worth is unknown to the public. He has not shared any details about it with the public. However, his success since his first hit proves that he is one of the most bankable artists on the continent today. He is one of Africa’s most booked musicians and has performed sold-out shows in his home country Nigeria, in the UK, the US, and various parts of the world. The royalties from his music will also be impressive. He sold out the O2 Academy Brixton three times. Asake is the first brand ambassador for Pari Match in Nigeria.

It is unknown the number of cars owned by Asake. However, he once shared a photo of himself standing next to a white Range Rover. He has not shared more pictures of his rides. 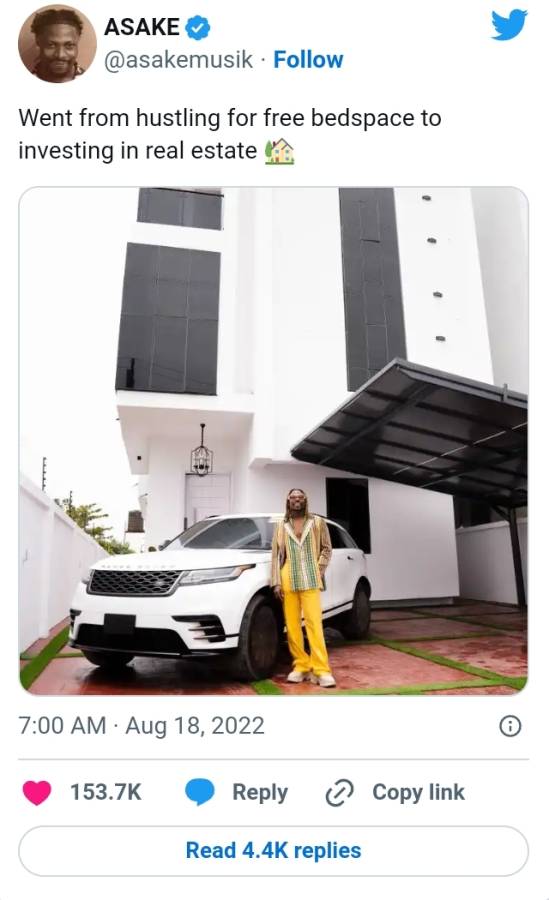 On August 18, 2022, Asake took to social media to announce that he had acquired his first house. He shared a photo of himself standing next to the house and captioned it, “went from hustling for free bed space to investing in real estate.” The caption is from his label mate Fireboy DML’s song “Glory.” According to reports, the “Sungba” star bought a house in the prestigious Lekki area in Lagos, Nigeria. Lekki is the residential area for various celebrities in Nigeria.

After the release of Asake’s hit song “Omo Ope,” it caught the ear of famous Nigerian rapper Olamide, who also owns the record label YBNL Nation. The label boasts artists like Fireboy DML and more. He invited Asake to record a remix of the song with him and also offered him a place on his label, which he accepted. The “Omo Ope Remix” featuring Olamide was released to wide acclaim.

Asake is jointly signed to Empire Distribution, the same as his label mates Fireboy DML and more. The two collaborated on the hit song “Bandana.”

Tags
Asake
John Jabulani Send an email 17 November 2022
Back to top button
Close
We use cookies on our website to give you the most relevant experience by remembering your preferences and repeat visits. By clicking “Accept All”, you consent to the use of ALL the cookies. However, you may visit "Cookie Settings" to provide a controlled consent.
Cookie SettingsAccept All
Manage Privacy