Bahumi Madisakwane is a South African actress and media personality and the first and only daughter of choreographer Somizi Mhlongo.

She came from a family of entertainers, as her parents and her paternal grandparents were involved in the entertainment industry.

The decision to go into media and entertainment was entirely her own, but she got support from her parents. And she’s not looked back.

In the 2019 biopic The Lebo Mathosa Story, Bahumi Madisakwane played the role of young Lebo Mathosa. Lebo was a legendary singer who’s still revered years after her heydays.

Interestingly, when her father married Mohale Motaung years ago, she wasn’t invited. But, not one to be left out, she gate-crashed the event and was overwhelmed with emotions because her father had finally found love.

Bahumi Madisakwane might be the daughter of famous parents, but her goal is not to die under their shadows. 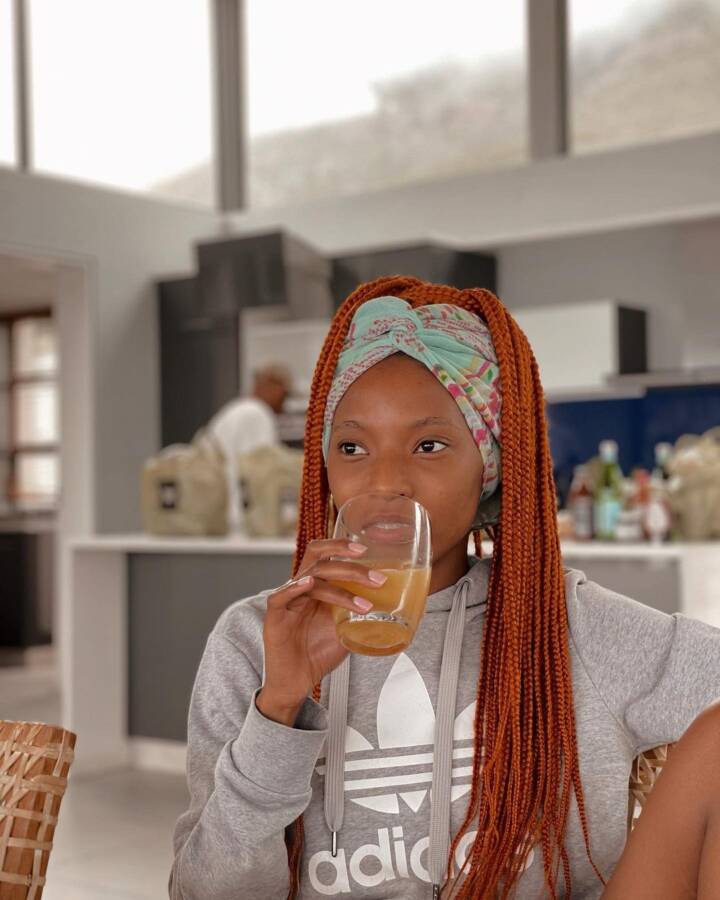 Bahumi Madisakwane’s mother is Palesa Madisakwane, a television personality. She was born and raised in Soweto. At 20, she had gotten pregnant for Somizi, who was 23 at the time.

Actually, they had already broken up when she discovered she was pregnant for him. However, he took responsibility, and they decided to co-parent.

The year she got pregnant, she’d also started her acting career. At the age of 35, however, she ditched acting for broadcasting.

She had previously dated the controversial businessman Nico Matlala and then she’d gotten married to Jakes Mocuminyane, with whom she had two children, Khumo and Thato Mocuminyan. The couple divorced in 2014, but they still maintain a cordial relationship. 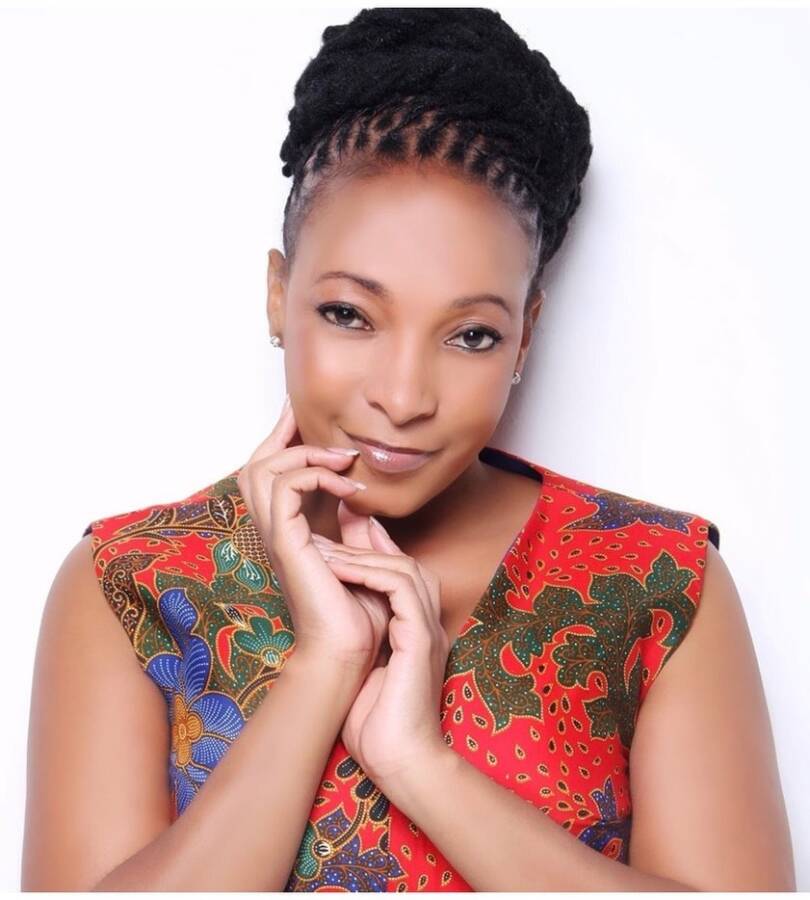 When Bahumi Madisakwane turned 21, her father Somizi Mhlongo bought her a Chevrolet of an unknown model. Taking to Instagram at the time, he’d shared a picture of Bahumi in her new ride, noting it was a proud moment for him.

In the intervening years, she’s also been found rocking other cars, including a BMW. It cannot be determined exactly how many cars she has. But then she sure rolls around in style. 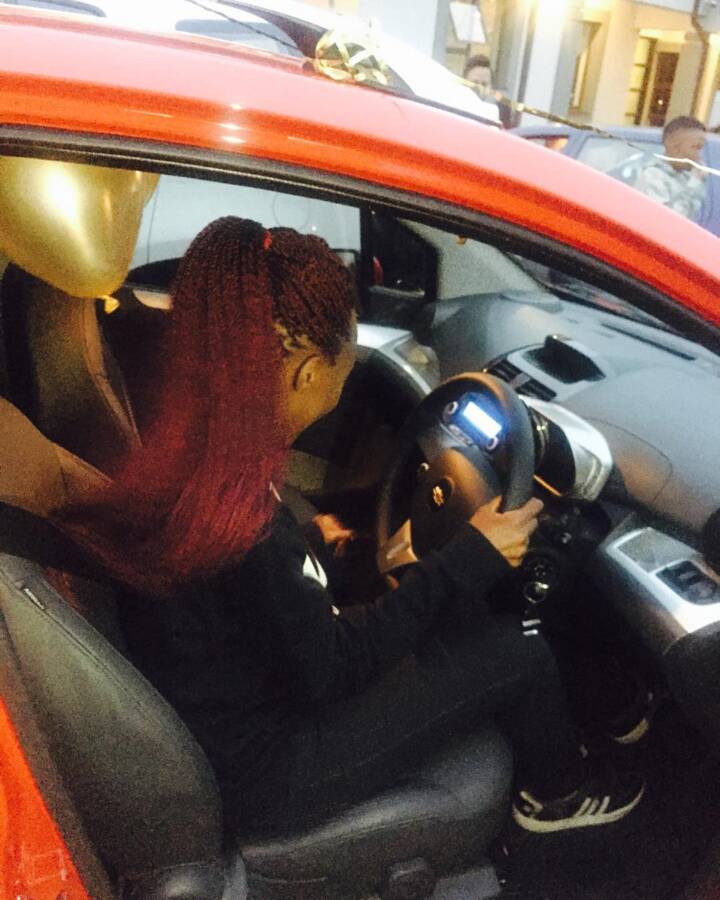 You can’t catch Bahumi Madisakwane dead speaking about her net worth. Her focus has been on her career, and even though the money rolls in along with it, she still wouldn’t focus on the money.

Bahumi Madisakwane suffers from a rare and incurable condition called lymphoedema, which results from the malfunctioning of the lymphatic system.

The condition is marked by the swelling of the arm or leg. Usually, one arm or leg appears bigger than the other because of fluid retention. However, her leg condition has not stopped her from pushing ahead and forging a part for herself, away from the shadow of her celebrity parents.

Today she’s famous for her acting and presenting skills and not as the child of Somizi Mhlongo and Palesa Madisakwane. 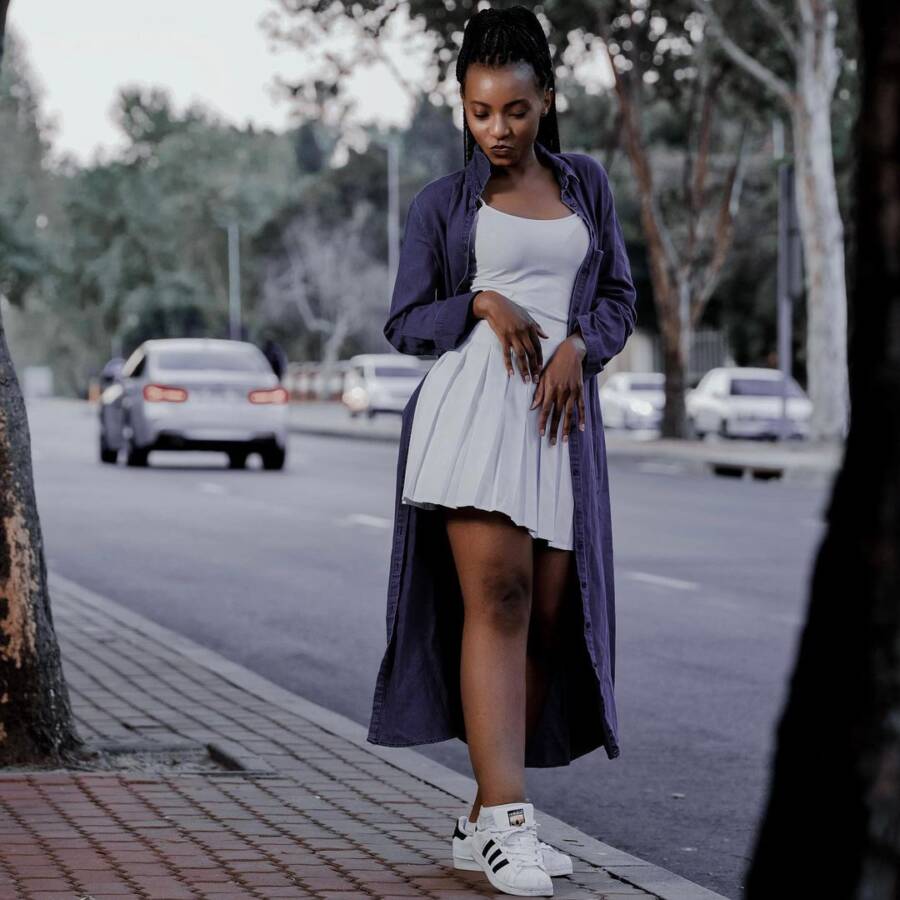 As the product of well-off and famous parents and doing well herself, Bahumi Madisakwane surely wouldn’t lack attention from men. However, details are not out there on who she might be dating – if at all. So if you have designs on her, you may go ahead and shoot your shot.

Tags
Bahumi Madisakwane
John Israel A Send an email 4 February 2022
Back to top button
Close
We use cookies on our website to give you the most relevant experience by remembering your preferences and repeat visits. By clicking “Accept All”, you consent to the use of ALL the cookies. However, you may visit "Cookie Settings" to provide a controlled consent.
Cookie SettingsAccept All
Manage Privacy