Bola Ahmed Tinubu, known to his host of admirers simply as BAT (his initials), is a Nigerian accountant and politician and a former governor of Lagos state.

Tinubu’s origins are as opaque as the man himself, and their is no substantial evidence that he came from where he said he came from.

There are no records on who his real parents are. Alhaji Abibat Mogaji, whom many assume to be his mother, is actually not his birth mother. She’s more of an adoptive mother figure in Tinubu’s life.

His murky past and troubled childhood notwithstanding (he’d admitted he couldn’t go to secondary school for lack of money), Tinubu has built himself into one of the most powerful politicians in Nigeria. Many often seen him as a master tactician who has a way of getting his way.

That description proved true at the APC presidential primaries recently, when he beat other contestants to emerge as the flag bearer of the All Progressives Congress. 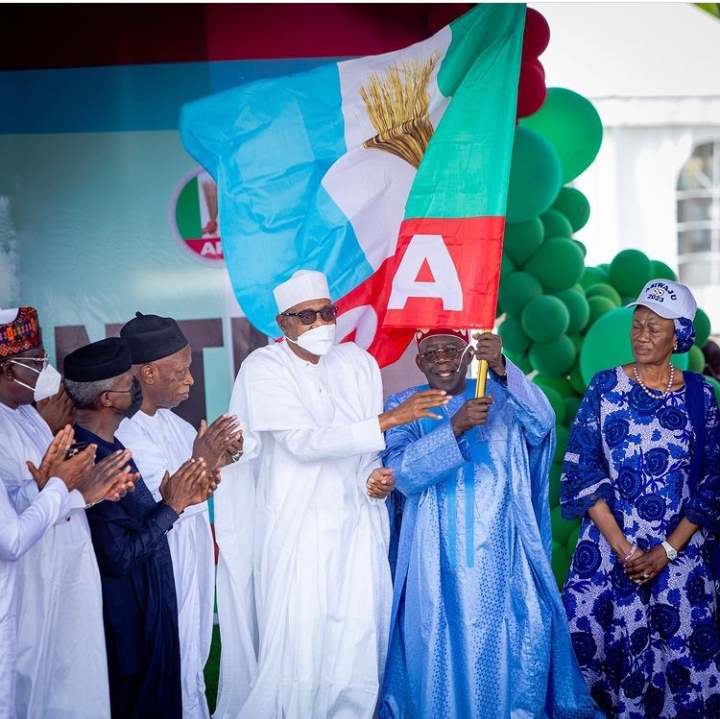 Clinching the party’s ticket was no easy task given the calibre of people contesting against him, including the vice president, Yomi Osibanjo.

At some point, fearing he was about to be schemed out, he had ranted publicly, stating that he made Buhari president after the president attempted but failed three times to clinch the nation’s number one job.

Thanks to Tinubu’s success in the presidential primaries, most politicians are now calling him his excellency.

With his election as the presidential flag bearer, Tinubu, who had stunned many during the last election by channelling bullion vans to his house, believes he would eventually become Nigeria’s next president.

In all fairness, he had actually put in the work. What’s unclear is if all that will translate to victory at the pools next year. 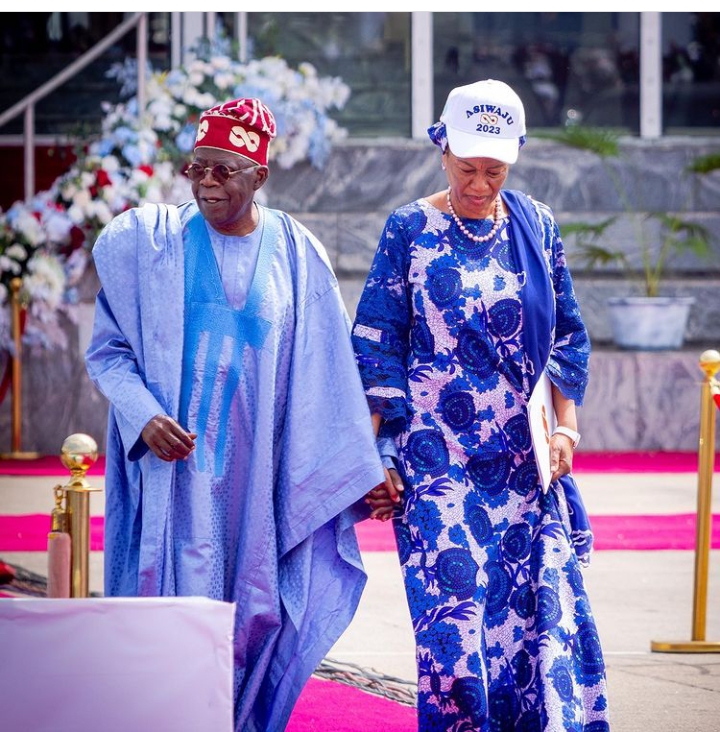 Tinubu’s age has always been a source of controversy, with his documents showing disparate data. Actually, his exact date of birth is unknown.

Based on publicly available information, the politico has no clue when he was born. His date of birth was never recorded. So he simply came up with a date at some point in his life. Even that date remains a source of political dispute to this day.

For record purposes, though, and as the former Lagos state governor would have the world believe, he was born in 1952. That makes him 70 years at the time of writing (May 2022).

He’s never appeared on the Forbes list ever, but Tinubu is easily one of the wealthiest Nigerians out there, with a fortune running into the billions.

Of course, you’ll never find him shouting about how much he’s worth, but Tinubu is worth billions of dollars. Conservative estimates put his net worth at $10 billion. He made most of his fortune from his association with the government. He would never admit that, of course.

Tinubu is on record to have four children — two sons and two daughters. One of the sons, Jide Tinubu, is now late. So that leaves him with two daughters and a son.

The only surviving son is known as Seyi Tinubu. Unlike his father, who became famous as a politician, Seyi is more of a tech bro. He’s easily one of the recognisable faces in that universe. 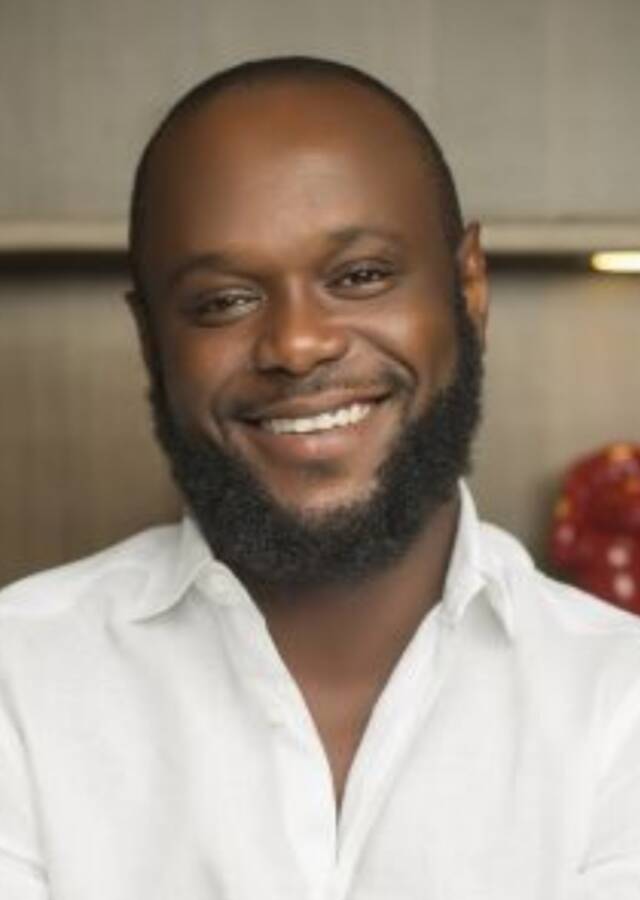 One of the daughters is Folashade Tinubu-Ojo — so named because she married Ojo but wants to retain her father’s name for obvious reasons.

She serves as the Iyaloja (or mother of the market) of Lagos. 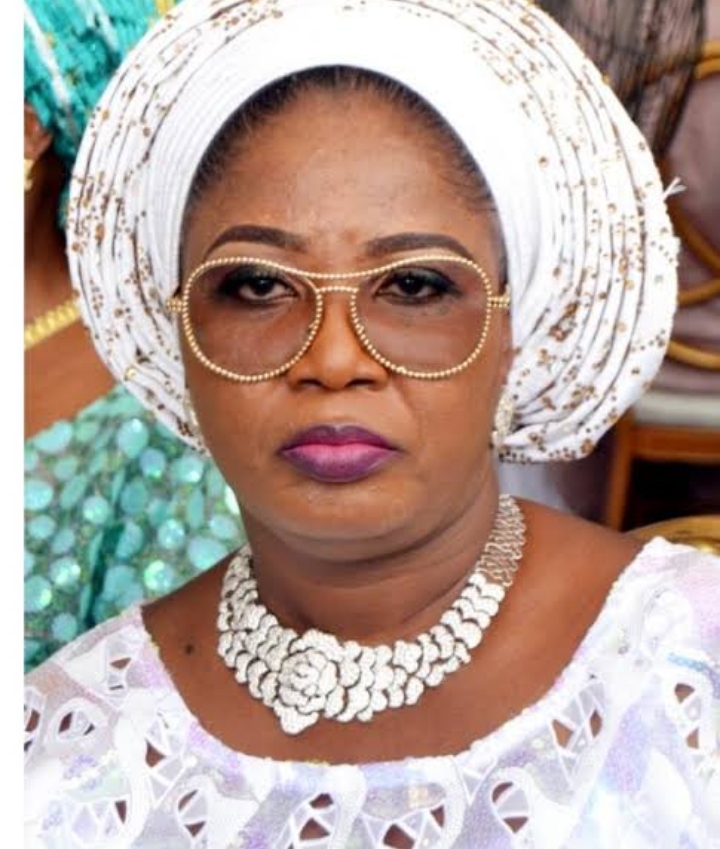 The other daughter is known as Abibat Tinubu. He’d named this daughter after Alhaja Abibat Mogaji, whom Bola Tinubu adopted as his mother. In reality, she never gave birth to him. But that’s by the way. 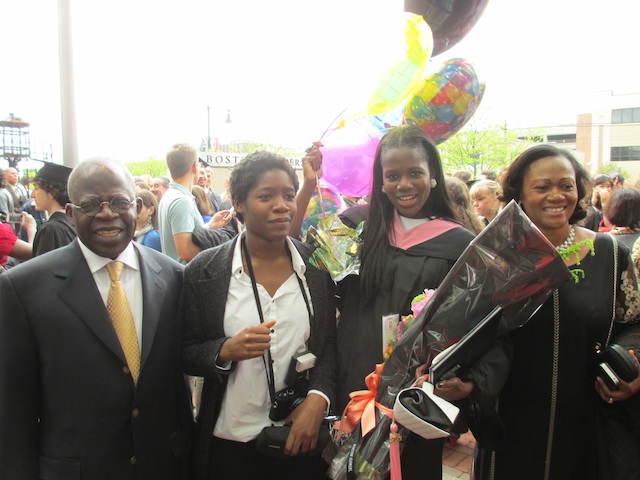 Bola Tinubu has not one but two daughters, and we have previously dwelled on them.

Apart from politics, which his critics say is the source of his wealth, Tinubu also has his hands in many businesses, from oil and gas to hospitality and transportation.

One thing about the politician is that he’s pretty a depth at hiding ownership of companies, so it is hard to pin all the companies to him.

Sri, he’s known to have a controlling stake in Alpha Beta, a company that has been mired in corruption for a long time.

He’s also said to own a stake in Oando but uses his brother Wale Tinubu as a cover. 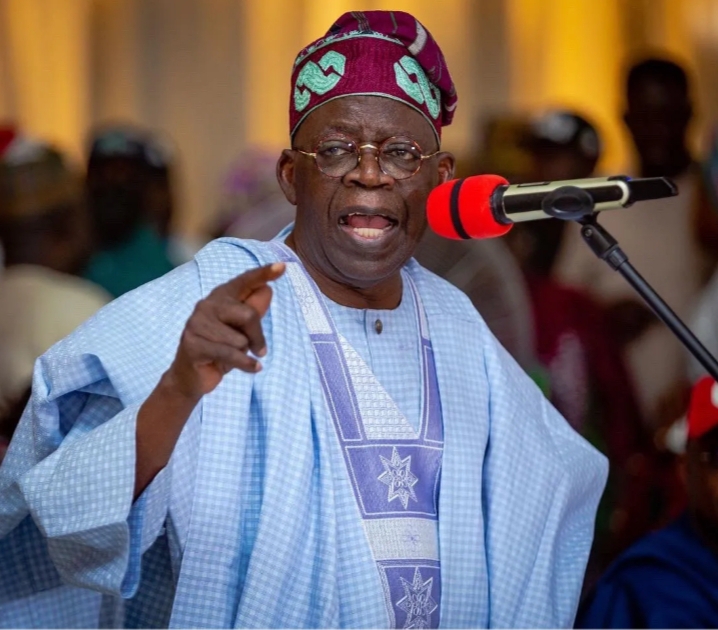 Like almost every aspect of his life, Tinubu’s education was a source of controversy at some point. It turned out he had accidentally misrepresented the institution where he obtained his accounting degree.

Tinubu didn’t attend secondary school because he was too poor to. However, he did attend the Richard J. Daley College, a community college in Chicago, where he obtained an associate degree (Nigeria’s equivalent of an Ordinary National Diploma).

He also attended Chicago State University, where he obtained a bachelor’s degree.

Tinubu is active on several platforms, but there is no assurance he can be reached directly through any of those. A man of his calibre usually has a retinue of aides manning such platforms.

Anyway, he’s active on Instagram, where he’s verified with 52.5k followers at the time of writing. He was following just 12 accounts, which includes his son Seyi.

Unlike on Instagram, he’s more active on Twitter, where he tweets regularly and has a larger followership (1.1 million at the time of writing). On that platform, then, he might be reached via a direct message. 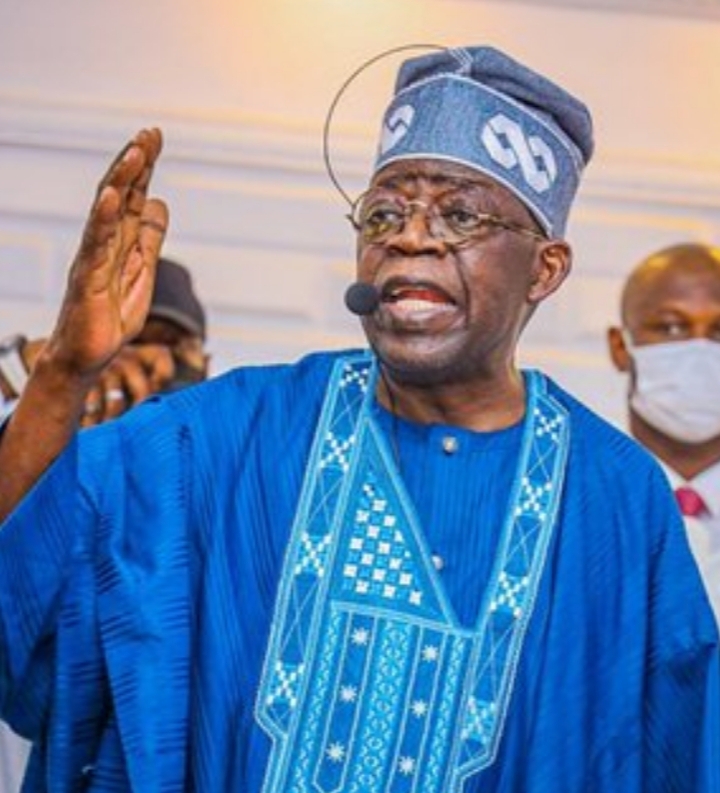 He also has an official website (bolatinubu dot com), which has a contact page by which he might be reached. Of course, it’s unlikely he’d be the one responding at the end of the day — if there would be a response at all.

To reach him quickly, you have to be a person of value. There you have it.

Tags
Bola Tinubu Nigeria
John Israel A Send an email 8 June 2022
Back to top button
Close
We use cookies on our website to give you the most relevant experience by remembering your preferences and repeat visits. By clicking “Accept All”, you consent to the use of ALL the cookies. However, you may visit "Cookie Settings" to provide a controlled consent.
Cookie SettingsAccept All
Manage Privacy