Brown Mbombo is a South African model and influencer and a twin to Blue Mbombo, a woman of a similar office, albeit more famous.

Born to a father of mixed ancestry, Brown and her sister Blue didn’t have the perfect beginning, as they said they actually grew up in a shack. But then their father had envisaged a bright future for them.

Realizing their lack of proficiency in English would be a handicap, he had urged his daughters to learn English if they wanted to make it to the pinnacle in society. Brown and Blue listened to their father and leapt into the world of English – a decision they do not regret to this day.

Brown’s mantra is summed in 4 Gs: God, Goals, Growing and Glowing. And in all, she appears to be winning. So many look up to her because her Instagram channel has become a medium of enlightenment. 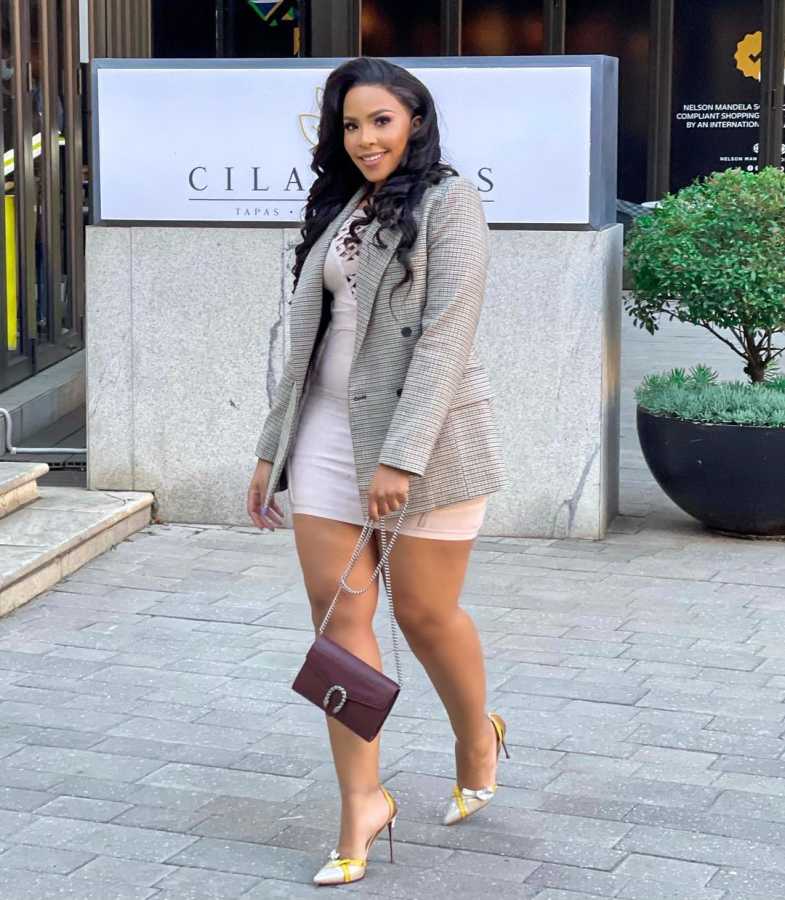 The name Blue Mbombo has so circulated that only a few people out there realize that “Brown” is not the given name of this influencer. She was born Acastanho  and her sister Azul (Mbombo). But because friends had trouble pronouncing the Portuguese names, they decide to use the English translation of the names: “Brown” for “Acastanho” and “Blue” for “Azul.” 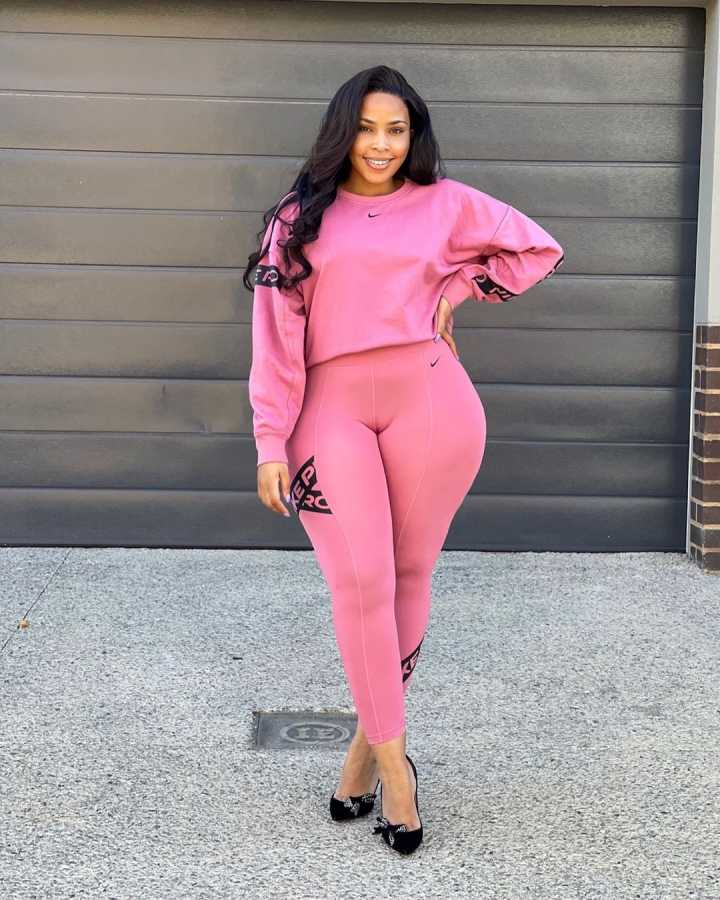 Born in 1989, Brown Mbombo is currently 31 years. She’ll be 32 in December. Birthdays are usually memorable events for her and her sister, and it is expected they would throw up a beautiful celebration this year.

Brown Mbombo has an 11-year-old son called Tinashe. In fact, when she was dating her Prince Kaybee, her son was 8 years old. So the identity of her baby daddy remains a mystery. And no, Prince Kaybee is not the father of her child. 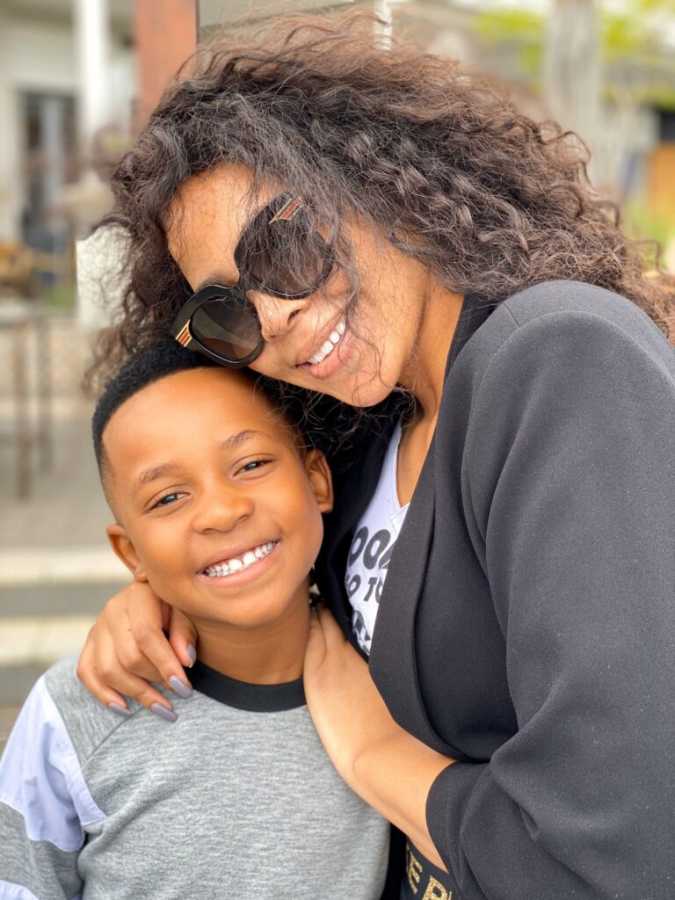 With girlish charms and lavish good looks, Brown Mbombo is the dream of many a man. And she has had her share of the men, too. However, her most famous relationship appears to be the one she had with “Fetch your Life” star Prince Kaybee.

The two had met on social media, where Prince Kaybee commented on the beauty of her legs. She had responded with a “thank you.” Soon after, they became friends and then lovers.

They broke up briefly and dated other people. On the first break-up, Brown stated she ditched the music producer because he failed to stand by her when she lost her grandmother Grace Tladi.

She stated Prince Kaybee knew how close she was to Grace but decided to go on a gig in Limpopo instead of being around for her. Soon after, though, they made up because, according to Brown, Prince Kaybee knows how to put a smile on her face.

They broke up a second time, and Prince Kaybee moved on with a new flame called Zola Zeelovin. In contrast, it is unclear if Brown Mbombo is in a relationship with another man. It appears she’s not in a hurry to reveal anything.

Brown Mbombo’s twin is no other than Blue Mbombo. While Brown is well known, her fame is not comparable to her twin Blue’s. Brown would rather maintain a low profile, but Blue is just about everywhere.

Blue Mbombo is a creative model and partner at Moziak Africa. By the way, at the South Africa Style Awards in 2020, Blue had been named among South Africa’s most stylish.
Brown and Blue run a cleaning company called KwaMbombo in collaboration with their brother Smanga. 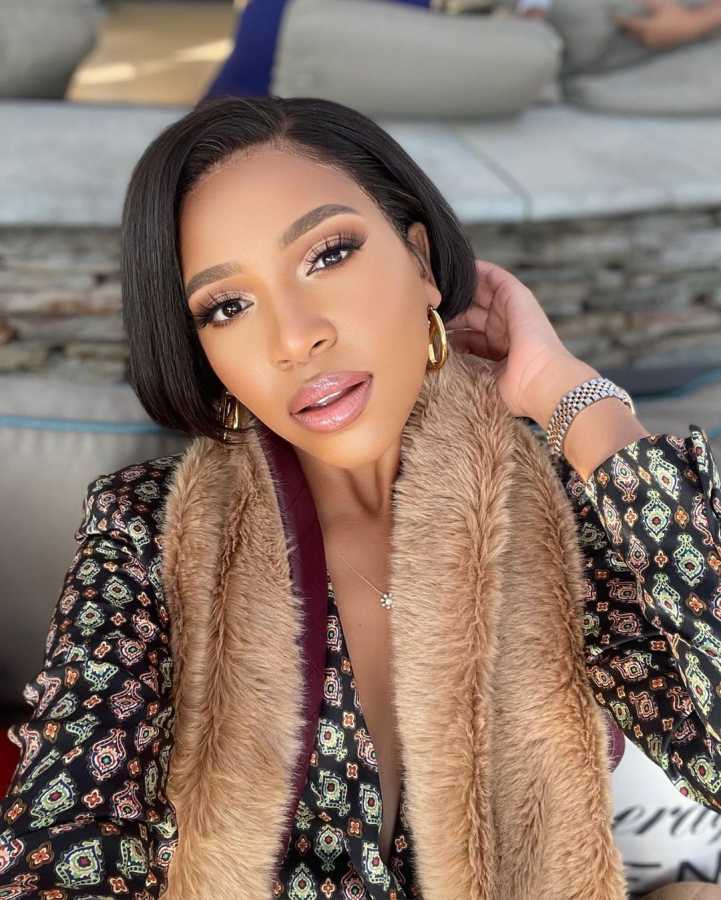 Not much is known about Brown Mbombo’s father besides the word flying about town that he was half-Portuguese and that he encouraged his daughters to learn English if they wanted to make a success of their lives and careers. Unfortunately, he’s late at the time of writing this.

On her part, Brown Mbombo’s mother is still alive. Brown and Blue, as well as their brother, look up to her as the surviving parent and the house’s matriarch. They have a deep bond with their mother.

When their mother turned 55 this year, the twins had thrown a surprise birthday bash for her. Blue had urged her fans to celebrate their parents while they are still alive, commenting on the occasion. See videos of the party below.

Peeps often wonder what Brown Mbombo’s net worth is, especially since she is not as famous as her twin Blue and has consciously kept a low profile. While she wouldn’t be caught dead speaking about her net worth, and we cannot give her exact net worth, industry insiders rate her among the millionaires in the country.