Mkhwebane started her career in 1994 by joining the Department of Justice as a Public Prosecutor. From 1996 she was Legal Administrative Officer in the International Affairs Directorate. In 1998, she became a senior researcher at the South African Human Rights Commission. A year later, she became a senior investigator and acting provincial representative in the Public Protector’s office. She left in 2005 to join the Department of Home Affairs as the director for refugee affairs. In 2009, she became acting chief director in asylum seekers management. 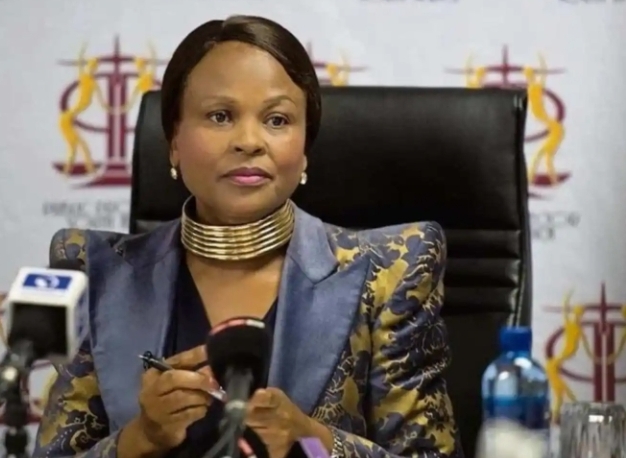 Mkhwebane worked as an Analyst for the State Security Agency from July 2016 to October 2016, when she was appointed public protector by Jacob Zuma. It was revealed, during her appointment, that she had a close relationship with President Zuma. Her office has had so many controversies. The National Assembly, on 15 March 2021, voted that a committee should be set up to query her fitness to hold office. This would possibly lead to an impeachment.

Busisiwe Mkhwebane was born in Bethal, Mpumalanga, South Africa, on the 2nd of February 1970. She celebrated her 52nd birthday in February 2022.

Busisiwe Mkhwebane’s husband is late. There are no details about him that are available to the public. In June 2019, during a speech at the South African Sheriff’s Society (SASS) in Mpumalanga, Mkhwebane alleged that there were accusations against her claiming that she poisoned someone and was threatened with arrest. News24 reported that the claims were that she poisoned her husband. 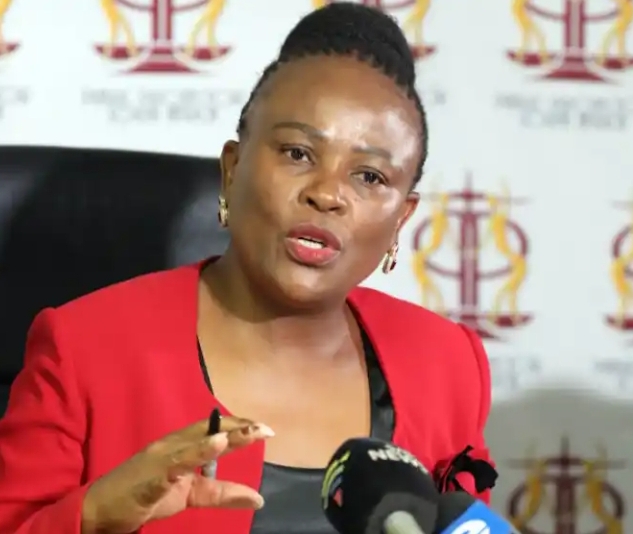 Busisiwe Mkhwebane began working as South Africa’s Public Protector on the 19th of October, 2016, after being appointed by then-president Jacob Zuma. Earning R2.3 million annually, Mkhwebane became one of the highest-earning lawmakers in the South African government. She has been on seat for four years.

It was reported by top media outlets in 2017 that four months after her appointment, Mkhwebane moved into the exclusive ​​Bryntirion Estate in Pretoria. She became next-door neighbors to the embattled former president, Jacob Zuma. According to News24, it cost R3.4 million to house her there.

According to an article by the Daily Maverick, “The Bryntirion Estate contains 28 properties incorporating the president’s residence, Mahlamba Ndlopfu, as well as OR Tambo House (the deputy president’s residence), 15 tennis courts, a nine-hole presidential golf course, and a helipad”. She lived among those she was employed to oversee.

The Daily Maverick also reported that “Mkhwebane relocated to a three-bedroomed duplex adjacent to the estate and reserved for deputy ministers” in 2021 while staring at an impending impeachment.

You can contact Busisiwe via the following provided details;

Who can lodge a complaint to the Public Protector?

When did Mkhwebane become Public Protector?

Mkhwebane became Public Protector in 2016 after being appointed by President Jacob Zuma. She assumed office on October 19, 2016.

What does the name Busisiwe mean?

‘Busisiwe’ means ‘we have been blessed’ or ‘to be blessed’.

Tags
Busisiwe Mkhwebane
John Jabulani6 December 2022
Back to top button
3
Close
We use cookies on our website to give you the most relevant experience by remembering your preferences and repeat visits. By clicking “Accept All”, you consent to the use of ALL the cookies. However, you may visit "Cookie Settings" to provide a controlled consent.
Cookie SettingsAccept All
Manage Privacy