Caspar Lee is a YouTuber and Entrepreneur of both British and South African provenances. Born in London to Emily Riordan Lee and Jonathan Lee, Caspar, who has a sister called Theodora, grew up in South Africa.

Before he became famous, at age six, he was diagnosed with tourette syndrome. His YouTube adventure began in 2011. Over the years, he had collaborated with other equally popular figures, including Joe Weller, Troye Sivan, and Joe Sugg.

Two years after he established his YouTube channel, Caspar Lee was named by Yahoo as one of the 12 web-savvy entrepreneurs to watch. When he started his YouTube, his goal was to make a living off that medium. Years have passed and the millennial is already living the dream.

Caspar Lee might be young, but his biography is already out there – written by him and his mother. 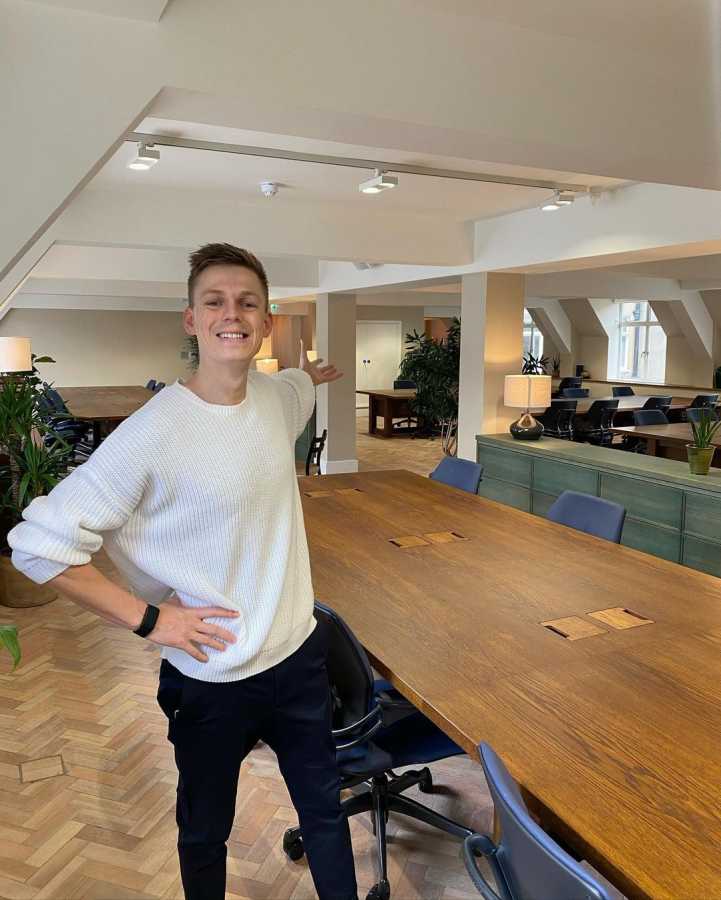 Born in April 1994, Casper Lee is currently 27 years old. He’s accomplished so much is such a short time that many around the world look up to him. Not surprisingly, thanks to the work he has done for the past couple of years, he was recognized by Forbes magazine in its “30 Under 30” list of influential people in 2020.

Casper Lee is in a relationship with Ambar Miraaj. The pair has an interesting love story. Apparently before becoming a girlfriend and a companion, Ambar Miraaj was a fan of the YouTube champ.

The pair met nine years ago, in 2012, when Ambar was just a fan. In 2018, Caspar had shared a picture of them together, stating how proud he was of Ambar, who had got excellent grades at the university. 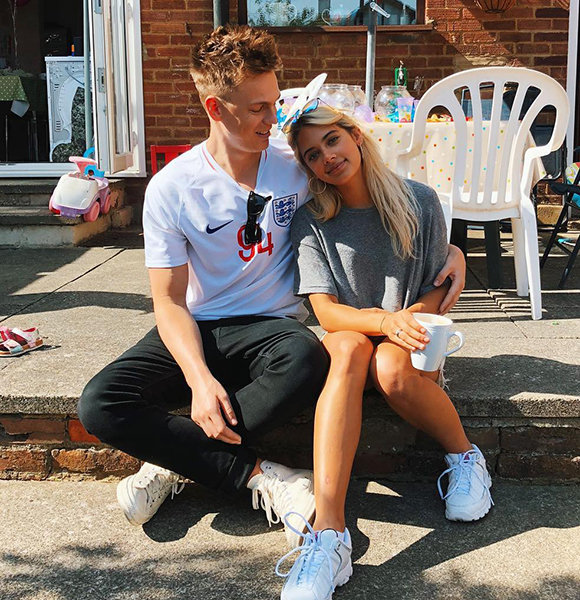 Casper Lee is doing quite well as an influencer and entrepreneur. His net worth has been a subject of speculation, but the exact sum apparently evades those who seek it. At any rate, he’s one of the millionaire figures in South Africa’s influencer circles – not bad for one who is yet to turn 30.

A few years back, Caspar Lee and a friend started what they both called Proper Living, an initiative to provide decent yet affordable accommodation to students. The friends’ first Proper Living development is in Cape Town and boosts of 98 rooms.

At the time hr initiated the development with his friends, Caspar lee had shared pictures of the progress with his Twitter fans, letting them know how excited he was about the project. That tweet has been liked over 5k times.

By the way, Caspar Lee isn’t only for the money. There’s a clement side to his spirit as well. In the wake of the massive fire in Cape Town, Caspar had put out a note on Twitter, stating that Proper living with be donating emergency student accommodation  to those who are displaced.

He dropped the email of his Proper Living co-founder, Benji Schaffer, urging those affected to contact him to get accommodation at no cost. 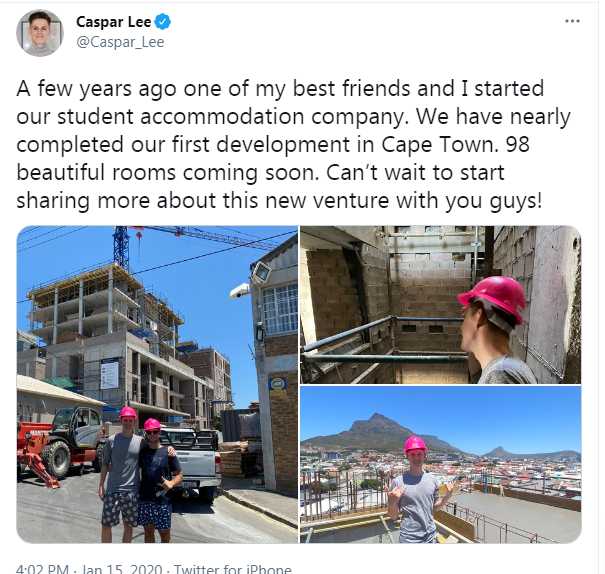 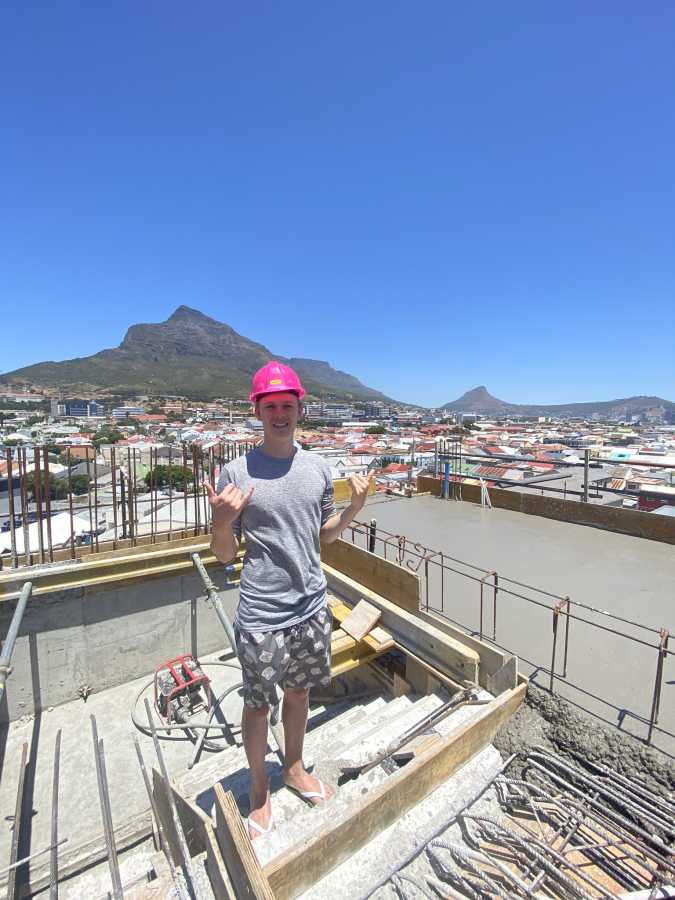 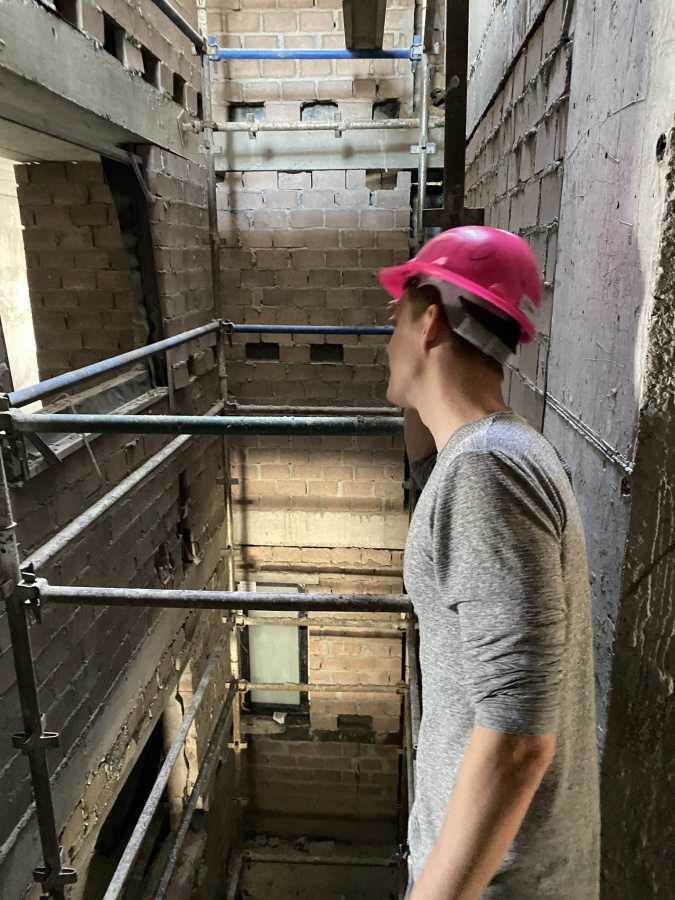 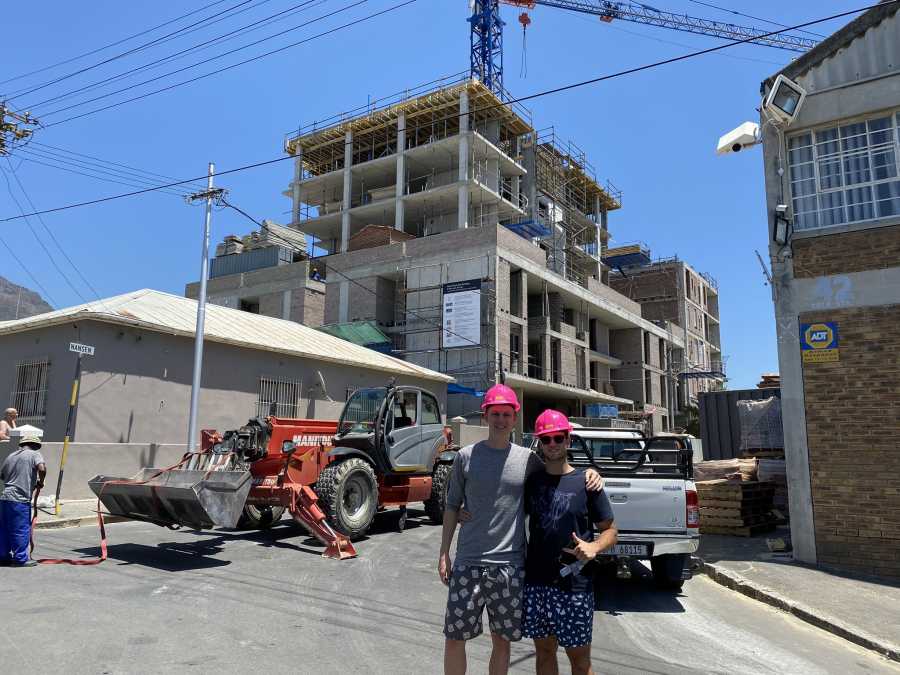 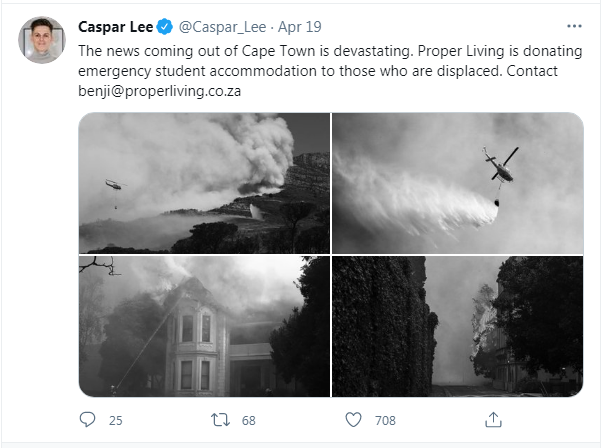 Cassper Lee is one public figure who’s easily reachable. He’s got a website by (casparlee.com) and a professional email at his domain (amy@casparlee.com). He’s also active on social media, especially Instagram, and might be contacted by a direct message or a mention.

His personal phone number has not been made public.

By the way, he might also be reached via other platforms to which he is linked, including the Instagram pages of Proper Living, Influencer, and Margravine.