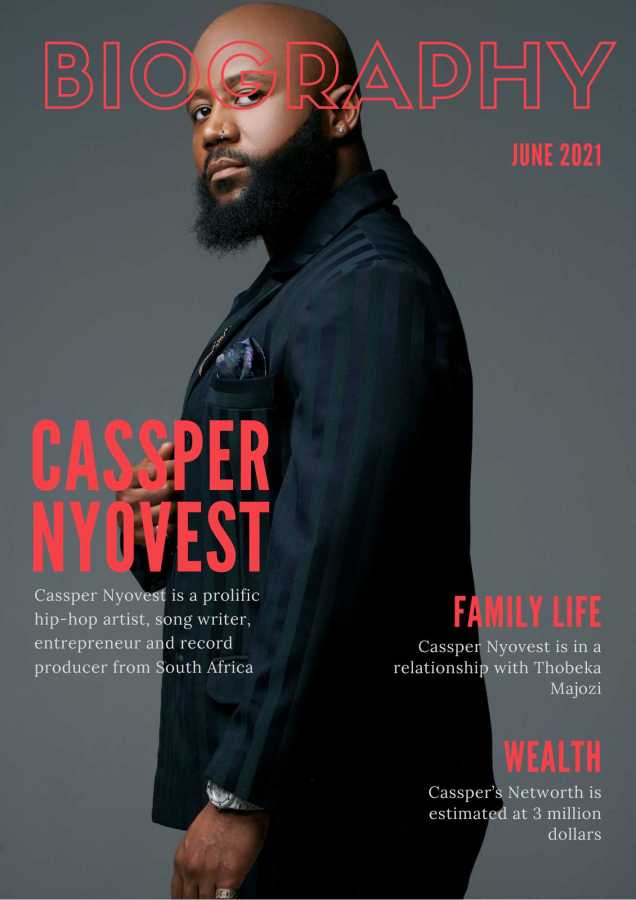 Born on the 16th of December 1990, Refiloe Maele Phoolo popularly known by his stage name, Cassper Nyovest is a prolific hip-hop artist, song writer, entrepreneur and record producer from South Africa. His genre of music are sometimes fused between rap other native South African sound, which he performs both in English and his native dialect. He is famous for his unique hairstyle, in which he carries a long braids at the back of his head. He is one of the biggest hip-hop artistes in South Africa and is known for his hit singles “Gusheshe” and Doc Shebeleza. He is the founder of “Family Tree Records” which he has used to empower talented individuals in South Africa. Cassper Nyovest is one of South Africa’s biggest stars. He has owned the SA Hip Hop industry with hits and won a lot of awards.

Cassper Nyovest is originally from Mafikeng a small city in the North West part of South Africa. Born to Muzuki and Letsebela Phoolo, he has a sister named  Tsholofelo Phoolo, and a brother, Khotso Phoolo who died in 2003. After failing his grand exams he had to move to Potchefstrom to stay with his grandmother. It was while living with his grandmother he started falling in love with poetry and song formation and at the age of 16, he decided to drop out of high school and pursue his dream of being a rapper. Cassper decided to relocate to Johannesburg in 2008 to pursue his music career as a producer and rapper, this was after reaching a formal agreement with his parents. He made them realize that he will rather follow his dreams and love it than neglect it and regret it his whole life.

Cassper’s real father has been a huge topic in the media. He is the son of Muzuki and Letsebela Phoolo. However he was raised by his mother’s partner, Edgar who passed away in August 2020 due to an illness.

Cassper was born into a family of 3 children, including him, his sister, Tsholofelo Phoolo and his late brother Khotso Phoolo. His mother’s name is Muzuki Phoolo and she recently lost her longtime partner Edgar. Cassper and his girlfriend, Thobeka Majozi welcomed their first child, Khotso in September 2020. His son inspired his 2020 album, Any Minute Now.

Cassper Nyovest attended the Sol Plaatijie secondary school, but he was lower than an average student and when he started failing his courses he had to move in with his grandmother. It was after a while he decided school wasn’t his thing and he would like to pursue his career. But asides his love for art, he was good in athletics and participated in various sports. He started rapping in high school at the age of 12.

Cassper Nyovest’s musical break came after he released his hit single “Doc Shebeleza”, which is a track off his debut studio album. Although music started for him at an early age, he started rapping at the age of 12 and when he was 13 he formed a hip-hop group tagged “Childhood Gangsta” with his friends in 2004. After leaving the group, he joined “Slow Motion” which was a group involving eight members and a producer. He dropped out of school at the age of 16 and got signed with Impact Sounds, a record label owned by Motswako. The relationship with the record label didn’t last due to creative differences and Cassper Opted to be an independent artist in 2008. He later moved back home and started his own record label then later discovered by the likes of the late rapper “Hip Hop Pantsula”. He later went on to release his debut single “Gusheshe” teaming up with Okmalumkoolkat, which was widely accepted in 2013. After this he released the much acclaimed “Doc Shebeleza”, the song received so much encouraging reviews and was praised by top artists. After this the name Cassper Nyovest became a household name and he has gone on to release other hit songs and albums.

Since his debut, Cassper has released four albums, which some have been ranked tops, here are the albums by Cassper Nyovest

This was his first studio project released on the 18th of July 2014. He named the album after his sister. The album recorded a grand success and was ranked number 1 on the iTunes SA album charts for 2 months. The album housed hit songs like “Gusheshe” and “Doc Shebeleza”. After hitting platinum status, the rapper released another edition of the album and tagged it platinum. The platinum version comes with a few more songs.

This is his second studio project released on the 30th of November 2015 at his Dome concert. The album which shares his name saw him join forces with international artists including DJ Drama, Stonbwoy and the game. The album had notable songs like “Malome” and “Mangwane”.

This was his third studio project released in 2018. It received an encouraging review  from his fans and housed songs like “I wasn’t Ready” and “Superman”.

This is his fourth and most recent album which was released in 2019. The album his Kwaito focused and housed hit songs like “Move For Me” and “Remote Control”.

Cassper Nyovest since his debut has released more than 50 songs and has four studio albums. Here are his best songs, in no particular  order;

Cassper Nyovest is in a relationship with Thobeka Majozi . Although he had been in arelationship in the past with the likes of Boity Thulo, Amanda Du Pont, Fezokuhle Zulu and Lizelle Thabane.

Cassper Nyovest welcome his first son with girlfriend Thobeka Majozi on 14th of September 2020, he also released an album around the same date with the scan image of the son as the artwork. The name of his son is Khotso. The rapper shows off his son on social media on several occasions and he appears to be a proud father. 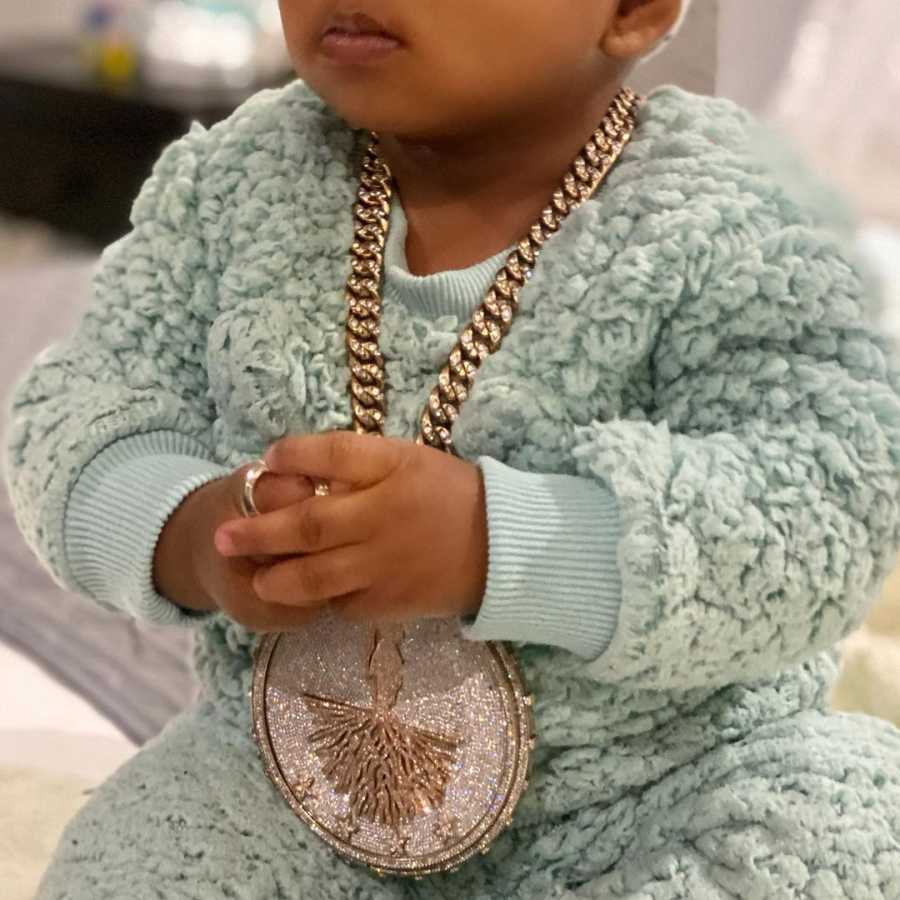 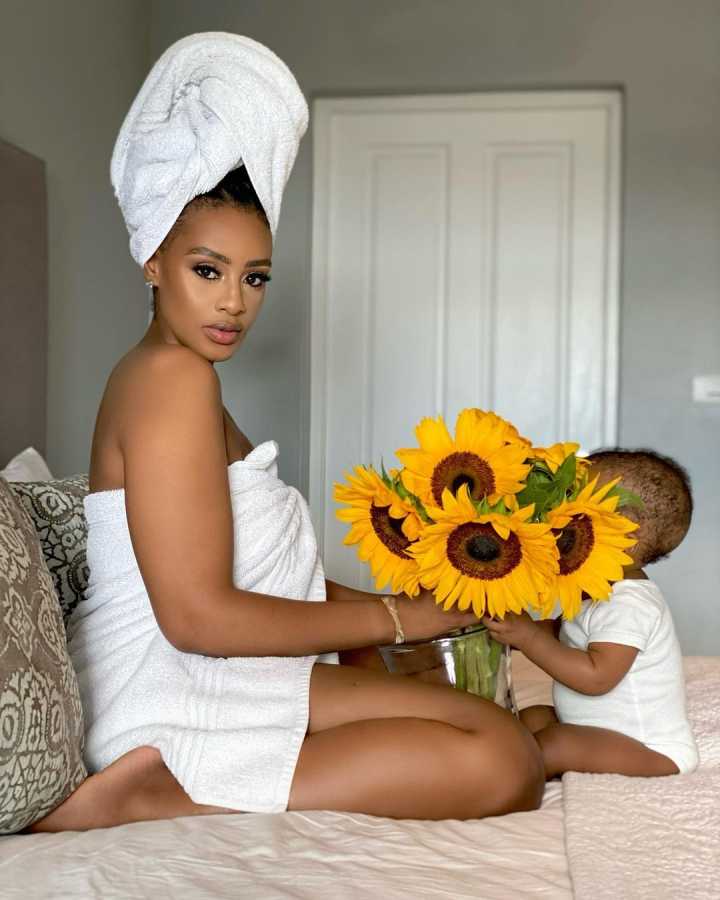 Cassper Nyovest has gotten himself various awards and recognition both locally and Internationally. His first award was in 2013 when he went home with four awards at the South African Hip-hop awards. He also got nominations at the Headies awards held in Nigeria. He was ranked the top MC at the MTV base show. He has also gotten himself various endorsements from brands like Ciroc, MTN, AG mobile, Shoprite, Samsung South Africa, Coca-Cola, KFC SA, Castle Lite and Nike SA.

Cassper’s Networth is estimated at 3 million dollars i.e 44,778,000 Rands. This is calculated from payments for show performances, album sales, Money made from his Youtube views, endorsement deals, Properties and investments owned by him, the artiste is doing well for himself financially and is one of the top artistes in South Africa to reckon with.

Cassper loves the life of luxury. In 2017, he purchased a R10m home. The mansion contains a home studio, cigar lounge and four garages. Mufasa also owns Bentleys, a BMW, Rolls Royce and a Mercedez Benz microbus. In 2018, he purchased a R3 million Bentley Continental GT.

Cassper’s songs from his albums are available on all major platforms.

Cassper Nyovest is one of the top artistes in South Africa Hip-hop artistes who came to the music scene fully equipped. He has made that obvious with the hit songs he has been dishing out since his debut.

Tags
Cassper Nyovest
Wuraola Salawu Send an email 17 February 2020
Back to top button
Close
We use cookies on our website to give you the most relevant experience by remembering your preferences and repeat visits. By clicking “Accept All”, you consent to the use of ALL the cookies. However, you may visit "Cookie Settings" to provide a controlled consent.
Cookie SettingsAccept All
Manage Privacy