Chris Q Radebe is a South African actor and scriptwriter who started nursing the idea of being a writer when he was much younger. Focused on that goal, he stopped at nothing to ensure he achieved it.

As a kid, he lived with his mother and three sisters. There was no father figure in his life, and he thought his father was dead. It wasn’t until later that he found out that his father was alive, a miner in a different town.

He joined his father in the mining town, and his sisters followed soon after. His father had remarried, but the second marriage wasn’t a happy one as well. He separated from his second wife and began channelling his frustrations on his children.

Chris popped at the SABC when he finished his matric, asking to take the scriptwriter’s test. He was successful and was offered a scriptwriter’s role for the series Isidingo. But, unfortunately, he couldn’t work the role because he had no personal computer.

He left, did some odd jobs, and eventually bought a laptop. He began his scriptwriting adventures.

Last we checked, Chris Q Radebe doesn’t have a wife. He hasn’t ruled out getting married one day, however. Instead, he focuses on creating riveting scripts for the big screen in the interim.

Chris Q Radebe is one of the television writers who would rather not discuss his salary and net worth. He’s said to earn high, though. 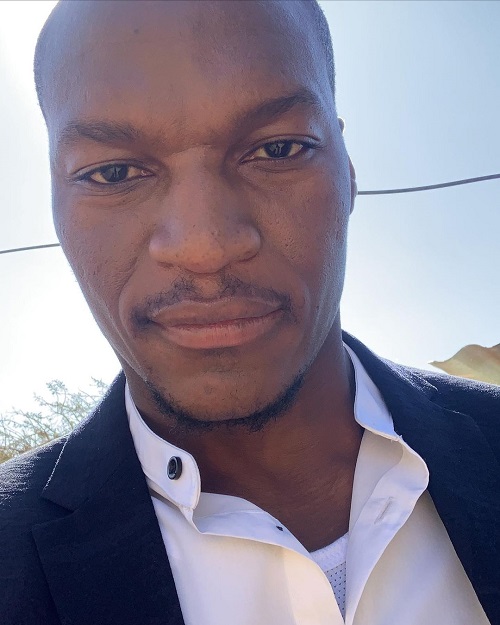 Chris Q Radebe is one of the writers of Gomora. He was said to have written the dialogues for the Don character (played by Israel Zulu). Unfortunately, fans didn’t quite like the character, and they demanded that the character be killed or replaced.

It cannot be determined who Chris Q Radebe’s girlfriend is. Because he’s joked around briefly with Lerato Mvelase, speculations had been rife they were dating. But it appeared like the colleagues were merely having a good time.

This is the best video I’ve ever seen 🤣😭❤️ https://t.co/6IIBaJEfJj

Chris Q Radebe is active on Twitter and Instagram, so he might be reached via those media, by a direct message or by a mention. His email and phone are not public, though.

Tags
Chris Radebe
John Israel A18 January 2022
Back to top button
Close
We use cookies on our website to give you the most relevant experience by remembering your preferences and repeat visits. By clicking “Accept All”, you consent to the use of ALL the cookies. However, you may visit "Cookie Settings" to provide a controlled consent.
Cookie SettingsAccept All
Manage Privacy