Cindy Mahlangu is a South African model and actress famous for giving life to whatever role she plays.

Born in Mpumalanga, Cindy Mahlangu, Cindy Mahlangu showed an interest in acting early. She had kept that interest alive by auditioning for roles, eventually landing one that set her on the path to fame.

She made her acting debut with a flick dubbed The Herd and has gone on to feature on several other movies.

Born in 1996, Cindy Mahlangu is currently 24 years. She’ll be 25 in November. On her last birthday, her lover Bongani Zungu had shared loved-up pictures of her and wished her a happy birthday. Would this year be different?

Cindy Mahlangu is doing well as an actress and model. However, where some entertainers would declare what they are worth for the world to hear, Cindy Mahlangu would rather keep quiet about hers. Her net worth is said to be around $300k.

A versatile actress, Cindy Mahlangu has featured on several movies and TV shows, including Scandal, The Queen, Blood & Water and Kings of Jo’burg. In The Queen, she had played the role of Siyanda. 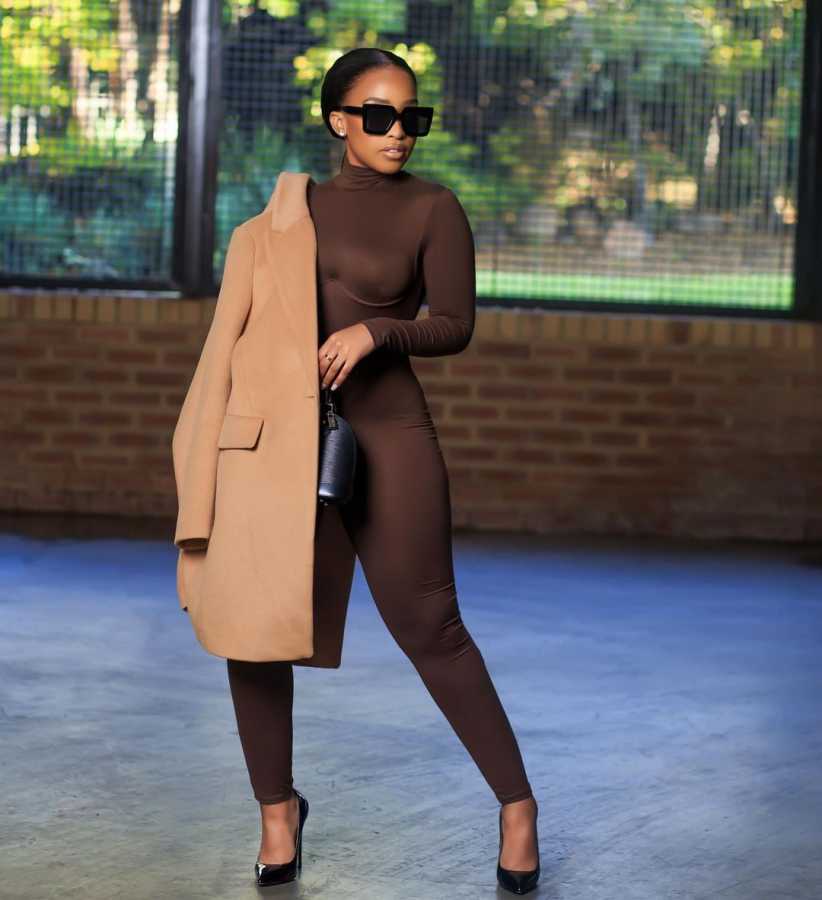 Last we checked, Cindy Mahlangu has no child. The child you might hear of at the moment is that from a movie. She hasn’t ruled out having a child in the future, though.

Cindy Mahlangu’s boyfriend is no other than Bongani Zungu, a footballer with Mamelodi Sundowns and a midfielder with South Africa’s national team, Bafana Bafana. Before dating Cindy Mahlangu, Bongani had dated Khanyi Celeb. Cele had exposed him as a serial cheat in an Instagram Live video.

It has been reported that Cindy Mahlangu is aware of his cheating ways but doesn’t care. Some insist she has moved on quietly. 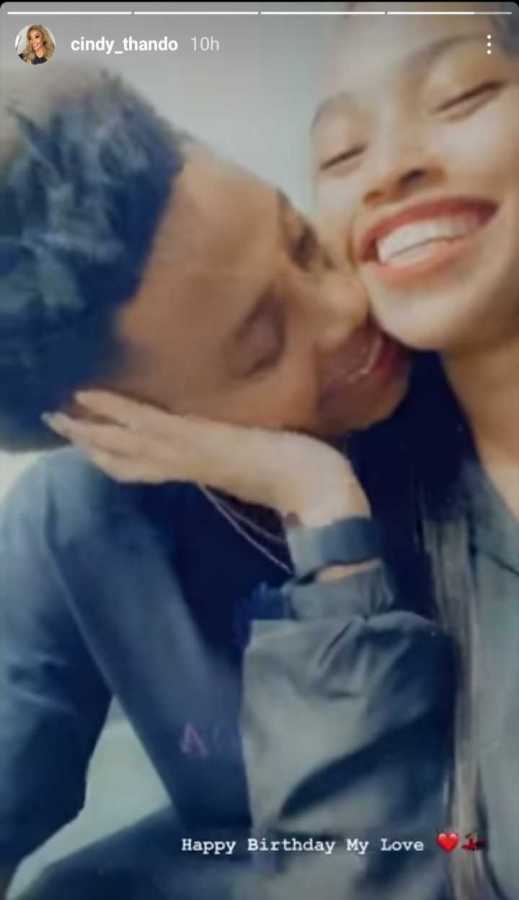 Cindy Mahlangu loves cars and has never hidden that love. She seems to have a thing or Mercedes Benz – or Mercs, as fanatics of the brand proudly call it. Last year, she had made the world know of her “big girl purchase” – a Mercedes Benz.

A storm of congratulations has followed the news of her Mercs purchase. However, it’s unknown if she’s bought another car since then. 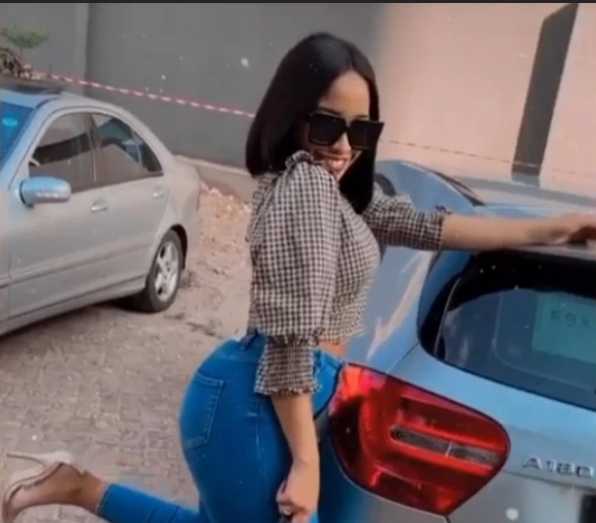 As some peeps would say, it’s a small world. Cindy Mahlangu shares the same surname as another notable television figure, Sandile Mahlangu, and many often assume they are related. And because both had acted as lovers on the set of eTV’s Scandal, the related speculations have refused to die.

The two acting figures share the same surname, all right. But last we checked, they are not related. So next time you hear that Sandile Mahlangu is a brother to Cindy Mahlangu, just enjoy a good yawn or a good laugh – whichever you find agreeable.

Words of Cindy Mahlangu having an agency have popped now and then online. Last we checked, though, she has no agency to her name. If you think we missed out on that piece of information, you’re welcome to give us the goss. 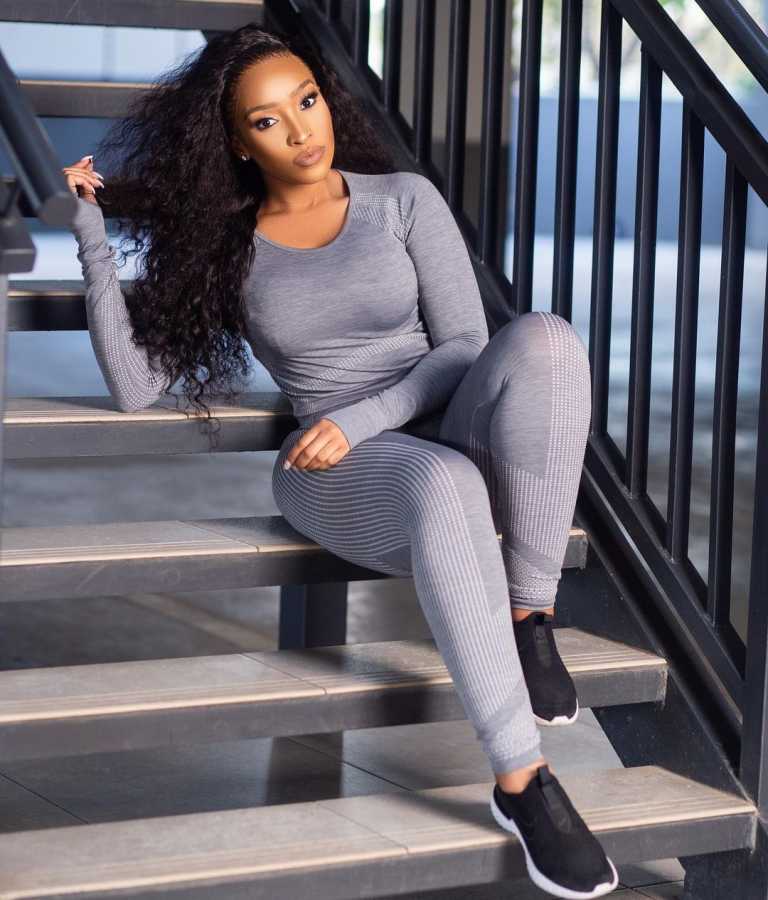 Cindy Mahlangu has not made things easy for those desiring to reach her professionally. She’s active on social media, especially Instagram, with a dedicated following of over 1.6 million.

However, on the profile, there’s neither an email nor phone number to reach her by. So those who want to contact her would have to send a direct message or mention her.

Tags
Cindy Mahlangu
John Israel A Send an email 17 March 2022
Back to top button
Close
We use cookies on our website to give you the most relevant experience by remembering your preferences and repeat visits. By clicking “Accept All”, you consent to the use of ALL the cookies. However, you may visit "Cookie Settings" to provide a controlled consent.
Cookie SettingsAccept All
Manage Privacy