Matamela Cyril Ramaphosa is a South African lawyer, businessman, politician, and president of the Republic of South Africa. Before becoming president on 15 February 2018, he had served a four-year vice-presidential term under then-President Jacob Zuma.

At the University of the North, where he started his studies in 1972, he had had a taste of politics as a member of the South African Student Organisation (SASO) and the Black People’s Convention (BPC).

Two years later, in 1974, he was detained for organizing pro-Frelimo rallies to celebrate the independence of neighbouring Mozambique. He was released and, following the Soweto Uprisings of 1976, detained again.

It wasn’t until 1981 that he obtained a law degree. A year later, in1982, he was elected the first general secretary of the National Union of Mineworkers (NUM), a body that went on strike sporadically to negotiate better working conditions for miners under apartheid.

Following the first-ever democratic elections in South Africa, he was elected to the Constitutional Assembly and helped draft the country’s first truly democratic constitution. 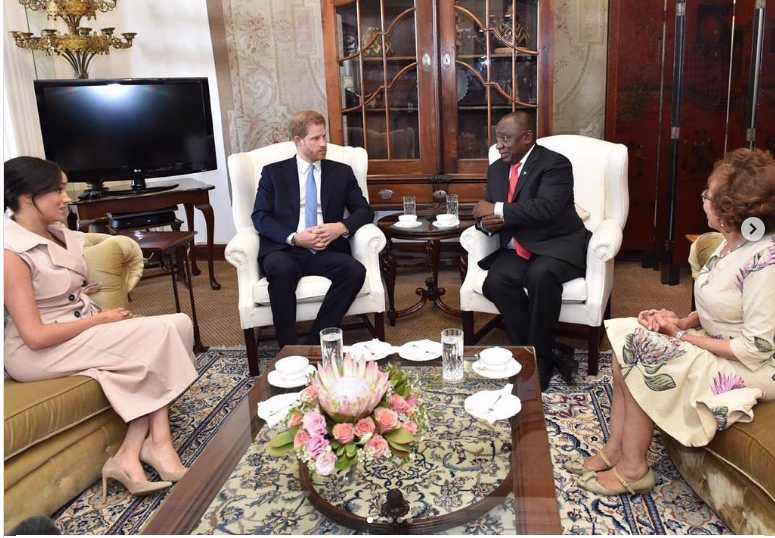 Cyril Ramaphosa currently has one wife, Dr Tshepo Motsepe-Ramaphosa, a physician and businesswoman. The two got married in 1996, three years after Ramaphosa divorced his second wife, Nomazizi Mtshotshisa. Tshep has three children for him, a crypto nut son and two daughters. 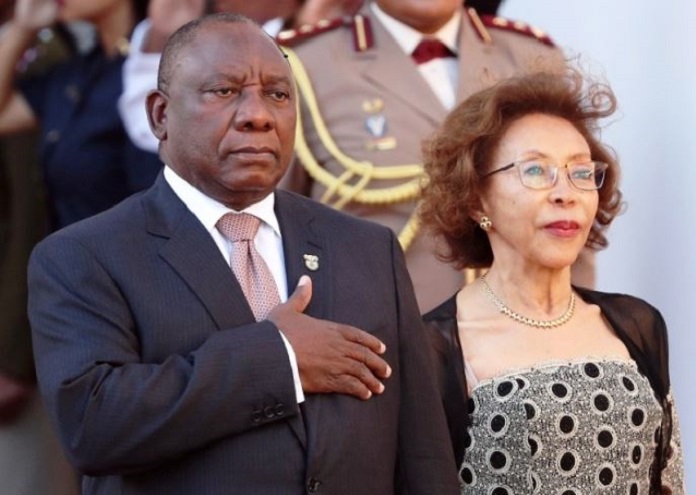 Cyril Ramaphosa has been married thrice and has five children. His first wife, Hope, gave him his first child and also his first son, Andile. Andile is the most outspoken of the Ramaphosa children, fiercely defending his father against EFF leader Julius Malema in August last year. 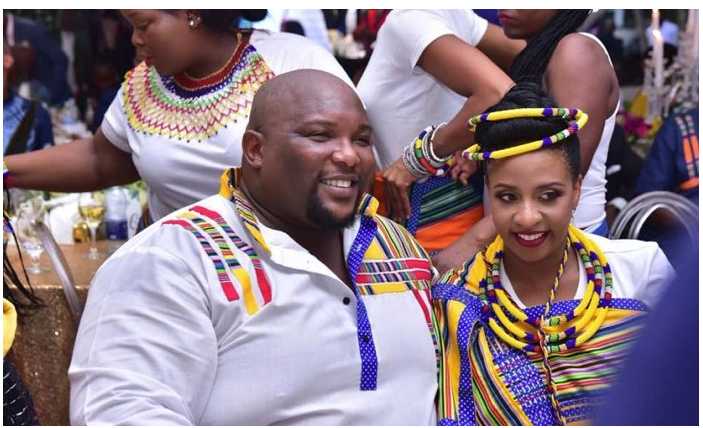 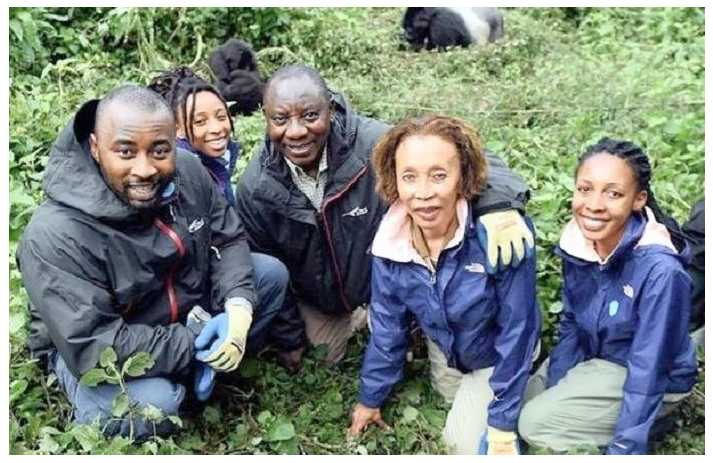 Ramaphosa’s marriage (in 1991) to Nomazizi Mtshotshisa resulted in another child, Tulisa. However, the marriage ended barely three years after it started, in 1993. The reason for their divorce was never disclosed, but around the year 2000, rumours started flying that Ramaphosa abused her.

The last two of the Ramaphosa children, Mashudu and Keneilwe, are girls. They are still pretty young and are also said to be students at the University of Cape Town.

In Africa, there are no poor or broke presidents. Cyril Ramaphosa is no exception. Before joining politics, he was already a successful businessman, with interests in companies like MTN and McDonald South Africa.

A man of Cyril Ramaphosa’s wealth should have no trouble buying or building mansions. And indeed, the businessman and current president of South Africa is said to have several houses in some of the choicest locations in South Africa.

He had bought prime land in Fresnaye, Cape Town, back in 2010, and by 2018, he had started what Business Insider called a mansion on the land. The project has since been completed. However, a report by TimesLive indicated the property was put for rent at R175k a month.

By the way, back in 2019, images have been shared online of prime property in Las Vega, United States, allegedly belong to Cyril Ramaphosa… However, it cannot be established the mansion actually belonged to him. 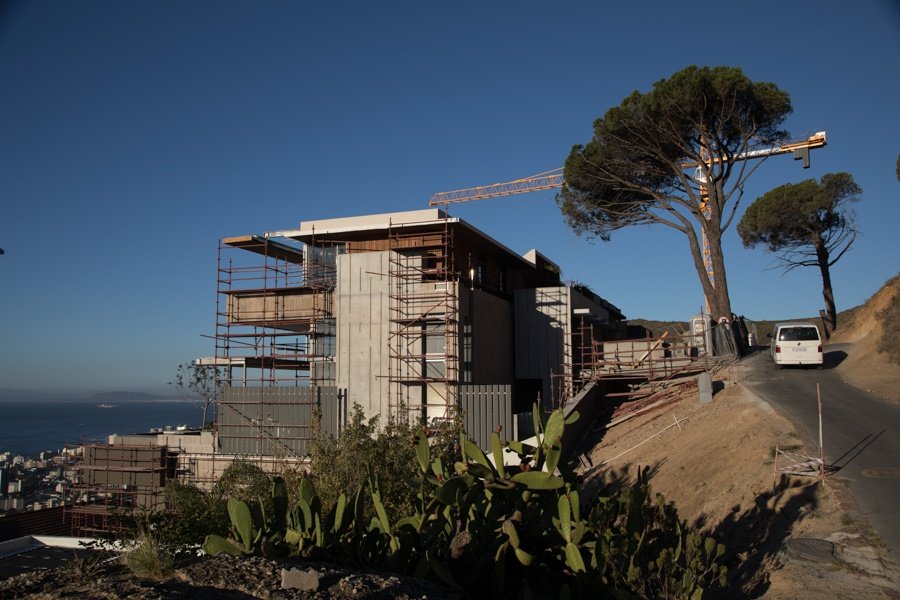 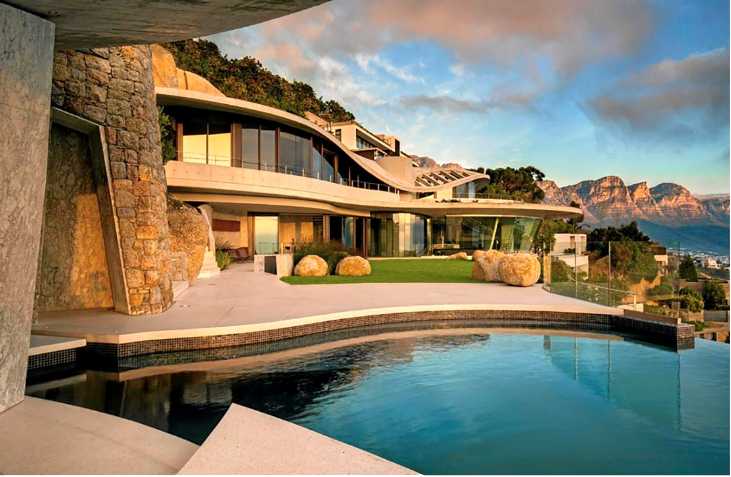 As president of South Africa, President Cyril Ramaphosa has access to some of the choicest cars money can buy. His motorcade includes BMW 7 Series, Mercedes Benz S Class, Jeep Cherokees, and Golfs.

Years back, he was rumoured to have acquired a Maybach 62 sedan for personal use, but he dismissed it, insisting his BMW is still serving him well.

In 2019 he had made it clear to his ministers that there would be no expensive cars for them.

Cyril Ramaphosa holds a law degree from the University of South Africa (1981). But, bored with the world of law, he had gone into business and made a success of it. Apart from his UNISA degree, he’s received honorary doctorates from Institutions like the University of KwaZulu-Natal, University of Massachusetts, and the National University of Lesotho.

He had served as deputy president from 2014 to 2018. Thereafter he had taken over as president, becoming the fifth black president of the Rainbow Nation.

Tags
Cyril Ramaphosa
John Israel A Send an email 29 July 2021
Back to top button
Close
We use cookies on our website to give you the most relevant experience by remembering your preferences and repeat visits. By clicking “Accept All”, you consent to the use of ALL the cookies. However, you may visit "Cookie Settings" to provide a controlled consent.
Cookie SettingsAccept All
Manage Privacy