Kwon Do-Hyung, known professionally as Do Kwon, is a South Korean Cryptocurrency Developer. He is the co-founder and CEO of Singapore-based Terraform Labs, the unlicensed company behind the Terra Blockchain [which features the stablecoin TerraUSD (UST) and network token Terra (LUNA)]. In May 2022, TerraUSD and Luna collapsed and, in the course of one week, wiped out almost $45 billion of market capitalization.

The exact estimate of Do Kwon’s net worth is unknown to the general public. Following the $40 billion wipeout, Do Kwon told The Wall Street Journal that he lost almost all his net worth in the crash. He shared that the loss did not bother him because he lives a “fairly frugal life.” Bloomberg reported that he told the paper “he was probably a billionaire when the Luna token Terraform Labs backed was trading near $100.” 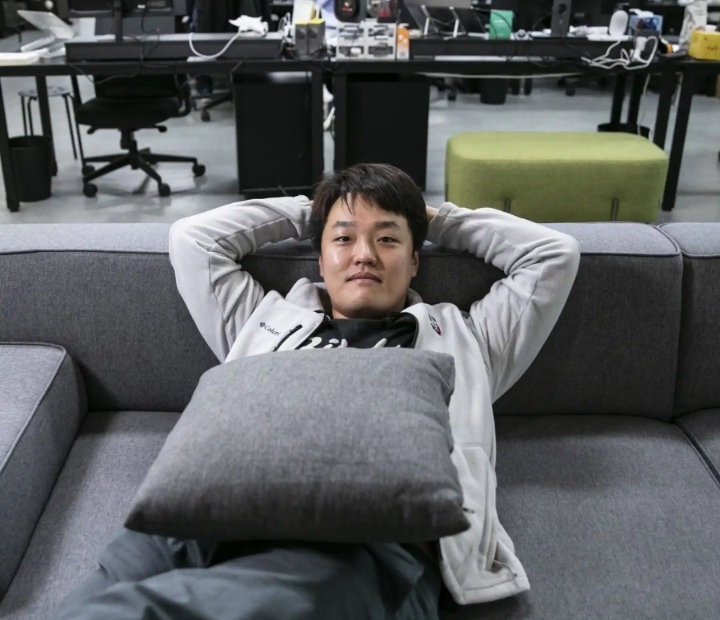 Do Kwon is married. In May 2022, news broke that his wife had sort protection from police after an unidentified man came to her home. The man had asked her if Mr. Kwon was home before leaving the building. He first took advantage of the residents entering and exiting the building and entered through the entrance door. Do Kwon’s wife felt anxious and requested emergency protection from the police. The incident followed the wipeout of Terra and Luna.

Terra is a Blockchain protocol. It uses flat-pegged stablecoins to power price-stable global payments systems – Coinmarketcap. Terra was founded by Daniel Shin and Do Kwon in January 2018. While development began in January, its mainnet was officially launched in April 2019.

In early May 2022, when the price of UST plunged to 10 cents, Luna fell to “virtually zero.” It fell from an all-time high of $119.51. Over the course of one week, the collapse wiped out $45 billion of market capitalization.

Do Kwon is a happily married man. In April 2022, he announced the birth of his daughter, who he named Luna. He announced it in a tweet saying, “My dearest creation named after my greatest invention.”

Do Kwon is currently based in Singapore with his wife and daughter, Luna.

Do Kwon is a South Korean Cryptocurrency Developer. He is also the co-founder and CEO of Singapore-based Terraform Labs, the unlicensed company behind the Terra Blockchain [which features the stablecoin TerraUSD (UST) and network token Terra (LUNA)].

Luna Terra is the native token of the Terra network, a blockchain-based project developed by Terra Labs in Singapore.

Following the global wipe, CNBC reported that Do Kwon would likely not go to prison because prosecutors will have to prove intent to defraud. He might get civil penalties.

Do Kwon announced their return with Luna 2.0. However, the media reported that it failed to live up to the hype.

Do Kwon shared in an interview with the Wall Street Journal that he almost lost all his net worth in the crash. He is still worth some money, but he did not reveal how much.

Despite accusations of fraud and Ponzi scheme pedaling, Do Kwon has reportedly not committed fraud. There is no proof of intent to fraud.

It is unclear if Do Kwon cashed out. He stated to the Wall Street Journal that he almost lost all his net worth with the crash.

Do Kwon is best known for being the co-founder of Terraform Labs behind TerraUSD and Luna.

No, Do Kwon did not sell Luna. Luna collapsed.

It is unclear if Do Kwon stole. He was accused of foreseeing Luna’s collapse. According to employees examined by the SEC, Do Kwon reportedly transported $80 million each month from corporate funds to hidden crypto wallets and international bank accounts.

The exact amount that Do Kwon lost in the Luna crash is not known. He has only stated that he lost almost his entire net worth. There is no more information on how much of his net worth he lost in the crash.

Tags
Do Kwon
John Jabulani Send an email 30 June 2022
Back to top button
Close
We use cookies on our website to give you the most relevant experience by remembering your preferences and repeat visits. By clicking “Accept All”, you consent to the use of ALL the cookies. However, you may visit "Cookie Settings" to provide a controlled consent.
Cookie SettingsAccept All
Manage Privacy