George William Russell is a British race car driver born in King’s Lynn, Norfolk, England, on February 15, 1998. He is currently competing in Formula One for Mercedes. Driving for ART, George was the 2018 Formula 2 champion and the 2017 GP3 Series champion. In 2019, George signed for Williams following his Formula 2 win. He made his debut at the 2019 Australian Grand Prix, standing in for Lewis Hamilton at Mercedes at the 2020 Sakhir Grand Prix. At the 2021 Belgian Grand Prix, Russell achieved his first F1 podium with Williams. He departed Williams to race for the Mercedes team in 2022. He had previously been a member of the Mercedes Junior Driver Programme since 2017.

Russell’s move was confirmed when Alfa Romeo announced the signing of Valtteri Bottas for 2022. He said, “it is a special day for me personally and professionally and a day of mixed emotions. I’d be lying if I said I wasn’t buzzing. It’s a huge opportunity and one I want to grab with both hands. But I’m under no illusions about the scale of the challenge; it’s going to be a steep learning curve.” Hamilton welcomed Russell in a post shared on Twitter.

Sports outlet Sports Brief reports that Russell has a net worth of over $5.5 million. That’s huge for someone still in the early stages of his career. Before moving to Mercedes, he reportedly has annual compensation of over $1 million. Following his move, his pay is said to have increased. Russell also takes home good money from endorsements and partnerships. He has worked with Mercedes, Puma, AGM, BRDC, Alpinestars, and others. Russell owns a fleet of cars like Mercedes-AMG C 53s, Land Rovers, and more. According to Marca, Russell’s net worth could increase to around 16 million next year.

Marca reports that Russell has an annual salary of $5 million. He could land a three-million-dollar bonus if he wins the championship.

George Russell is one of the tallest race car drivers in Formula One. He stands at 185 cm. 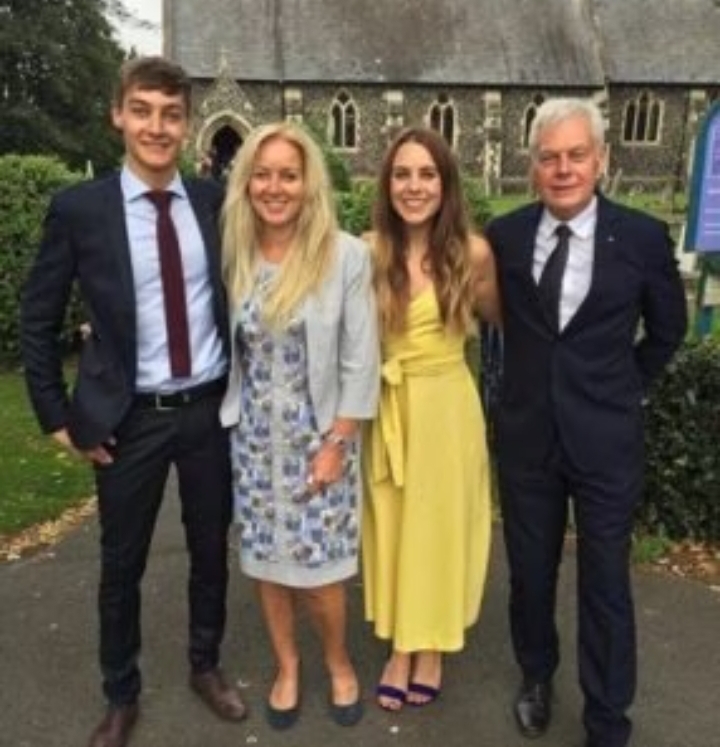 Not much is known about George Russell’s parents. They have shown support for his profession from the days he began Karting till he began racing for Formula One. Russell shared that his mother was devastated at the turnout of the race after he was asked to fill in for Lewis Hamilton as a one-off in Bahrain last year. He said, “My mom was in tears, bless her, afterward, and my sister as well. We live this together, this sport, and it’s so passionate, emotions were high.”

Russell is in a relationship with London-born British woman Carmen Montero Mundt. She isn’t a prominent figure, but she gained recognition for being his girlfriend. Carmen’s age is not known to the public. She looks to get in her early twenties. She earned her Bachelor of Business Administration and Finance from Westminster University. Carmen worked for W1 Investing London, a financial services firm.

The following at George Russell’s wins;

Does George Russell have a gf?

What is George Russell’s highest finish?

Why did Russell get a penalty?

According to Formula 1, George Russell and Sergio Pérez clashed on the opening lap of the Austrian Grand Prix, with Russell penalized by the stewards for punting the Mexican off track.

How rich is George Russell?

George Russell is reportedly worth over $5.5 million.

Is George Russell still with Carmen?

Yes, George Russell is still with his girlfriend, Carmen.

Is George Russell from a rich family?

George Russell is from an average family. His family was doing alright before he became rich.

Has Russell ever scored a point?

Did George Russell get penalized?

Yes, according to Formula 1, George Russell and Sergio Pérez clashed on the opening lap of the Austrian Grand Prix.

How much does Mercedes pay George Russell?

Why did Mercedes hire George Russell?

According to Formula 1, Mercedes was impressed by Russell’s performance as a stand-in for Hamilton in the Sakhir Grand Prix. They had been impressed with him for years.

What cars does George Russell own?

According to GP Fans, Angela “now lives in the Alps region of France, but spends half the year traveling to races all around the globe with Hamilton and Mercedes.”

Why are there no female F1 drivers?

Flowracers reports that there have not been any significant role models for women in terms of someone competing in the sports.

What car does George Russell drive in real life?

Is Russell a better driver than Hamilton?

Russell is a beautiful driver. Even Hamilton is impressed by him.

What did George Russell say about Hamilton?

Russell tweeted, “Huge respect to LH. He has done more for the sport than any driver in history, not just on the track but off it. The fact that he and so many others are STILL having to deal with this behavior is unacceptable. We all need to stand together against discrimination of any kind.”

Lewis Hamilton and George Russell have a good relationship. Russell said, “The relationship [between us] has far exceeded my expectations. Not that I expected anything to be sour, but it’s been a very good start to the season in that regard.”

Who was George Russell in the Gilded Age?

Is Hamilton’s car slower than Russell’s?

Mercedes admitted that Russell had a slower car than Hamilton’s.

How tall is George Russel?

George Russell is one of the tallest drivers in Formula 1. He stands tall at 185 cm.

Is George Russell a Wolves fan?

According to Wikipedia, George Russell is a fan of Wolverhampton Wanderers Football Club like his father, Steve.

Russell and Hamilton have a good relationship. Russell said, “The relationship [between us] has far exceeded my expectations. Not that I expected anything to be sour, but it’s been a very good start to the season in that regard.”

Who are George Russell’s parents?

Russell once outscored Hamilton, earning praise from the Formula 1 star.
Can George Russell drive for Mercedes?

Yes. George Russell can and is currently driving for Mercedes. He has been a member of the Mercedes Junior Driver Programme since 2017.

How can George Russell race for Mercedes?

George Russell was announced to have left Williams to race for the Mercedes team in 2022.

How can George Russell replace hamilton?

George Russell missed out on his first win at the Hungarian Grand Prix, admitting that he “could have done better.”
Did George Russell get married?

No. George Russell did not get married. He is dating Carmen Montero Mundt.

Does George Russell have a girlfriend?

Yes. George Russell is in a long-term relationship with Carmen Montero Mundt.

Does George Russell have a child?

No. George Russell does not have a child.

Tags
George Russell
John Jabulani Send an email 5 August 2022
Back to top button
Close
We use cookies on our website to give you the most relevant experience by remembering your preferences and repeat visits. By clicking “Accept All”, you consent to the use of ALL the cookies. However, you may visit "Cookie Settings" to provide a controlled consent.
Cookie SettingsAccept All
Manage Privacy