Kamogelo “Kamo” Mphela is a South African dancer who became a viral sensation on Twitter when a clip of her dancing to an amapiano song circulated on the medium. She has leveraged on her Twitter fame to walk right into the consciousness of South Africa, singing and dancing.

Born in November 1999, Kamo Mphela is currently 21 years. She’ll be 22 in November this year, and she’s so looking forward to that day. 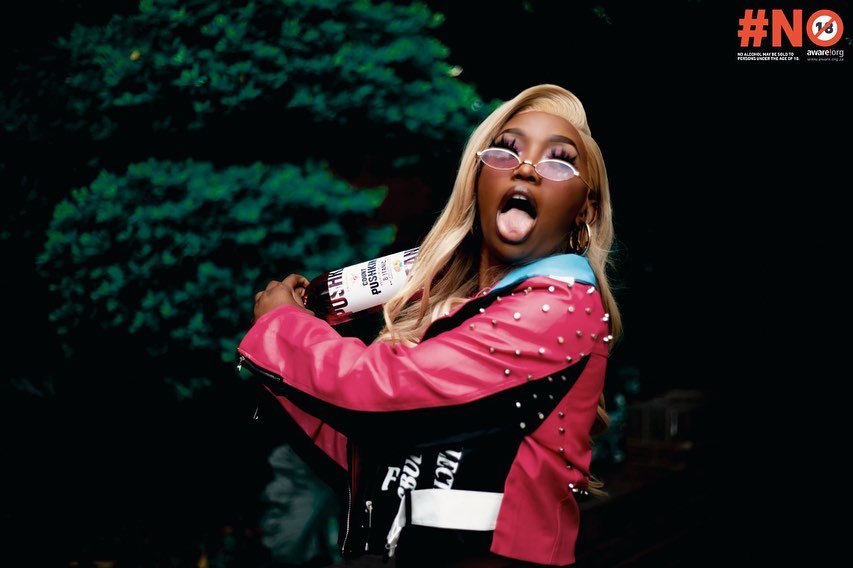 For a lady of Kamo Mphela’s charms and social standing, surely there wouldn’t be a shortage of men angling to be her boyfriend. She has been linked to several Mzansi celebs, most prominently “Ke Star” muso Focalistic.

In fact, the two were so close that, at some point, fans were routing for them to become a couple. Well, Kamo Mphela dashed the hopes of those rooting for her and Focalistic to become a couple. According to her, they’re just very goodsfriends – more like a brother-sister relationship.

At the moment, it is unknown if there is another man in her orbit.

Kamo Mphela’s father appeared to have played an important role in her rise as a singer and dancer. Back when he father worked at YFM, she would follow him there. That was how she was discovered. She has managed to remain in the consciousness of the public since.

Kamo Mphela first had a taste of fame as a dancer. She had gone viral on Twitter dancing to a song on which she was later co-opted. The dancing fever hasn’t gone down for her, though. Instead, she has been snapping roles in the works of other artistes, dancing her heart out.

She was, for instance, on the music video of Busiswa’s “SBWL.” She had earlier worked with Busi on audio

Kamo Mphela has released to albums or extended plays to date. Back in 2020, she had released “Twentee” – probably a play on twenty, her age at the time. That project, which featured the likes of Focalistic and Senzo Africa, spots 4 tracks in all and plays for about 23 minutes.

Her other album is actually her latest: “Nkulunkulu.” This amapiano project, like the one before it, bears just 4 tracks. It, however, has a richer guest list, encapsulating the amapiano producer Vigro Deep, Nobantu Vilakazi 9umba, Reece Madlisa, Zuma, MFR Souls, Major League DJz and LuuDadeejay. Trivia: The project has an eponymous track.

By the way, the reception for “Nkulunkulu” has been warm. The project itself shows Kamo had grown as an artiste. 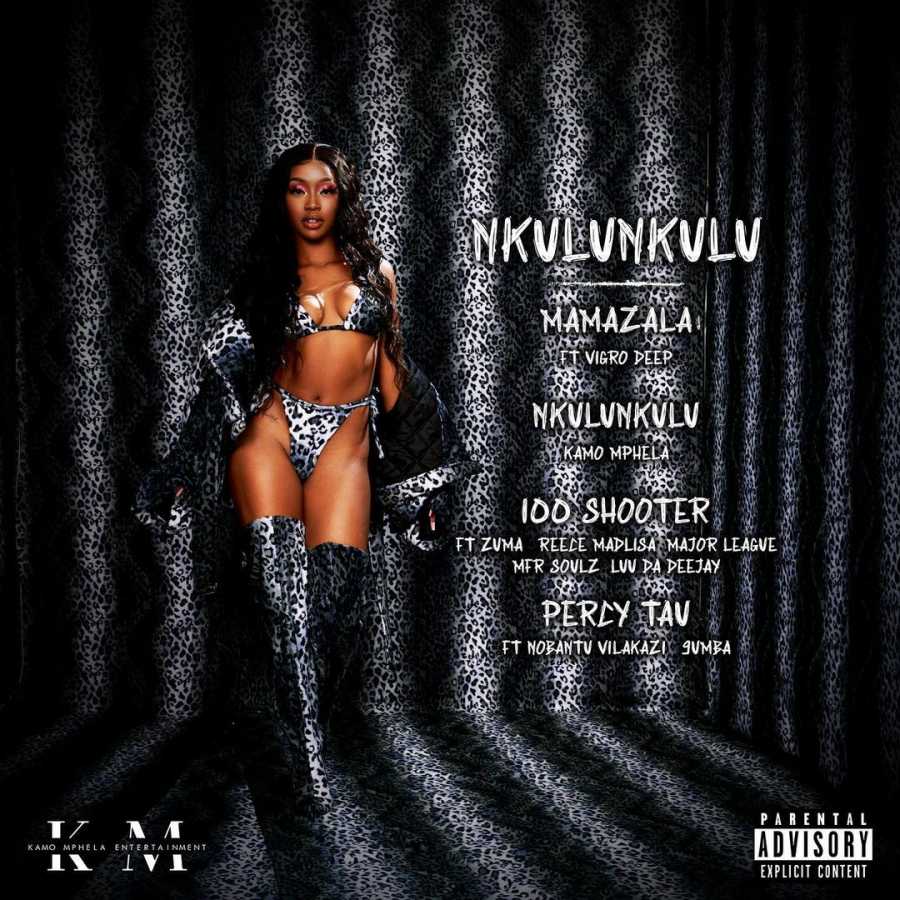 Not much is known about Kamo Mphela’s house. In fact, whenever Kamo Mphela house is mentioned, the references are almost always to house music, a genre she is not particularly active in.

Anyway, a lady of her success can’t possibly be living in a seedy environment, can she? Unlike her whip, she has not been particularly generous with images of her crib.

The amapiano dancer might be counted among the car-loving strong in Mzansi. On 20 August 2020, the songstress had shared a clip of a Mercedes Benz C63S AMG parking itself and made it clear in the caption that she loves the sedan and really needs it.

A year has passed. Although she is yet to exotic Mercedes Benz mentioned previously, she yet has another Mercedes, a V Class. She’s so in love with her ride and has flaunted it several times on Instagram, referencing the Mercedes Benz dream she had back in 2020.

It wouldn’t be surprising to find out she has other cars besides the Mercedes. Kamo has made a success of her dancing and singing gifts. 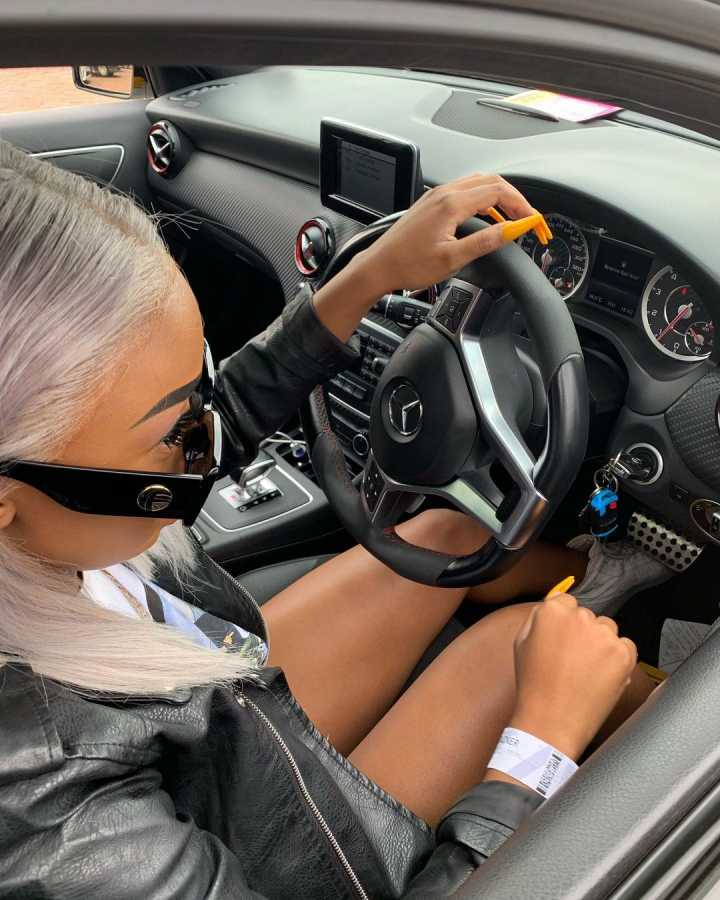 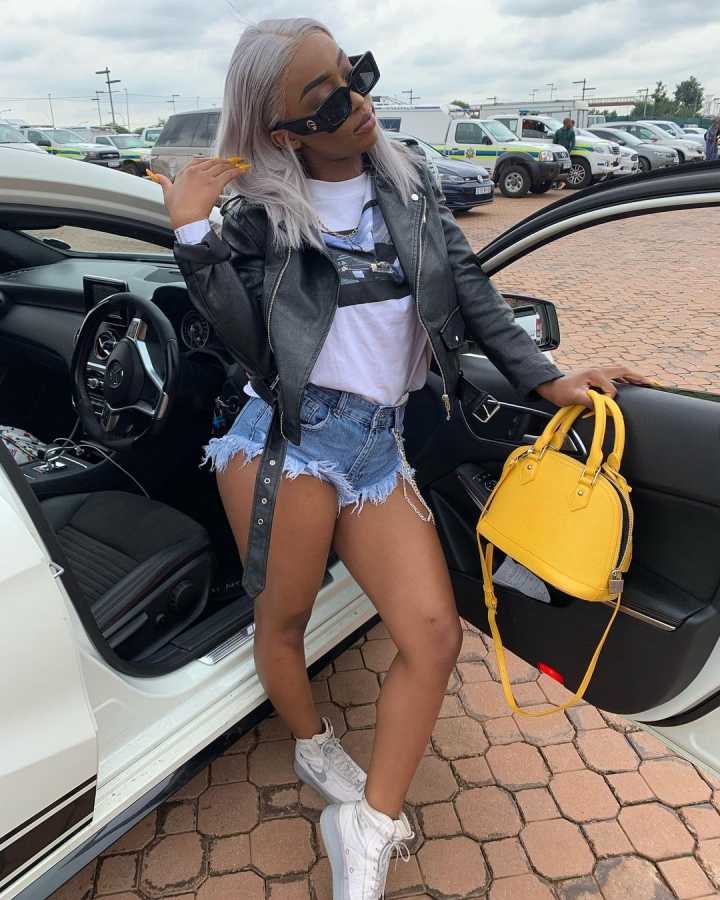 Last we checked Kamo Mphela has no child. Contrary to what many might think, the child references merely points to her growing up years. Her foray into dancing reportedly began when she was a child.

By the way, she isn’t averse to having children. But that’s not in the plan for her right now. Her chief focus is on her music and dancing career. The babies may come later.

Kamo Mphela is here for the business and is pretty professional about how she might be reached. Her contact details are public.

Social media nuts who just want to shout her out might do so via her social media accounts. She’s active on Twitter and Instagram. On both networks, she’s just a direct message or a mention away.

For professional enquiries, however, she’s best reached via a phone number adopted for the purpose: 061 549 6504 and the email bookkamomphela@gmail.com

Tags
Kamo Mphela
John Israel A Send an email 20 April 2021
Back to top button
Close
We use cookies on our website to give you the most relevant experience by remembering your preferences and repeat visits. By clicking “Accept All”, you consent to the use of ALL the cookies. However, you may visit "Cookie Settings" to provide a controlled consent.
Cookie SettingsAccept All
Manage Privacy