Keke Mphuthi is a popular actress from South Africa. She is best known for her role as Lesego in Showmax’s TV series, “Unmarried”. It was her first major character. She is also popular for appearing in the hit TV series, The Throne”. Her performance in the show has gained her more publicity and also endeared her to viewers. She has also appeared on the shows, Skeem Saam, iNumber, and more.

Keke Mphuthi was born in the mining town of Kimberly in South Africa on the 16th day of February, 1991. She celebrated her 30th birthday in February 2021. 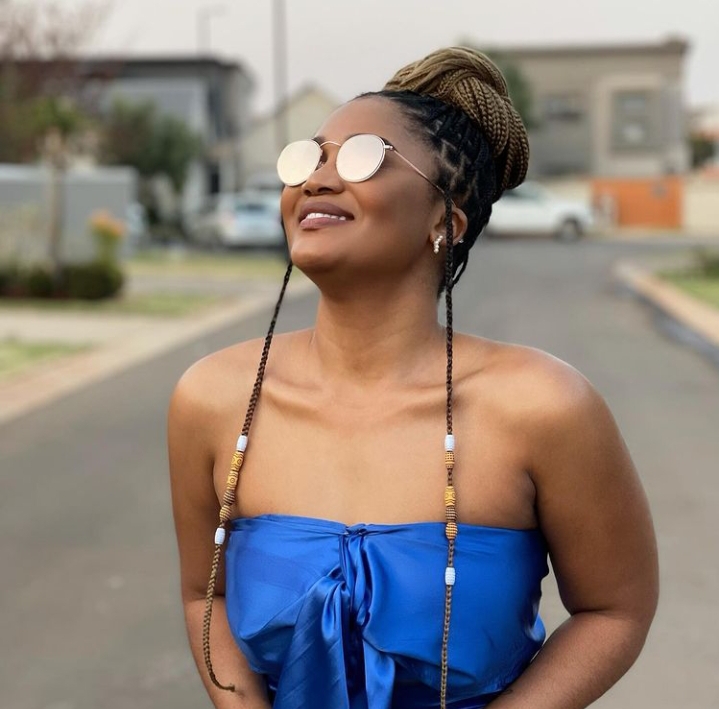 Keke Mphuthi has shared several photos of her boyfriend but has failed to reveal his name or tag him in any of the posts she has shared. She is known to constantly gush over him on social media. In September 2021, while celebrating his birthday, Keke planned a list of things to do with him on a getaway, and showed them off on social media.

About it, she said “It was a surprise. For him, he’s not a person that usually celebrates his birthday so I had to talk him into it by saying that we should do a lunch or something simple. I gave him minimal information then I managed to get access to his team players where he works to make sure that for those number of days he’s not busy and just booked off.”

Keke Mphuthi is a mother of one. Before the birth of her baby, she was embroiled in drama with The Fergusons who she alleged had fired her from her role in ‘The Throne’ because she had fallen pregnant and refused to abort the baby. The allegations came when she responded in support of veteran actress, Vatiswa Ndara’s open letter to the Minister of Arts and Culture detailing the abuse and exploitation that many actors face in the entertainment industry.

Keke claimed that she was fired mid season, and also had not received the full payment agreed on her contract. She also claimed to have a 28-minute long recording of a meeting where the show’s production team laid out certain conditions for her to stay on the show. She also called the impromptu scans and tests she received “intrusive”, and claimed that they almost caused her to miscarry.

The Fergusons, through their lawyer Brendon de Kooker, shared a lengthy statement calling the accusations “slanderous and false”. The drama is said to have jeopardized her role on 1Magic’s “Unmarried”.

In 2019, Keke finally announced the birth of her child, a boy named Thori.

Keke Mphuthi is known for starring as “Dipuo”, Moseki’s daughter and the Queen’s niece in the Mzansi Magic Telenovela, The Throne. About her character, Keke said “She’s evil. She plots a lot. Some of her plans fail, some work out. She’s more street- than book-smart. She isn’t well-spoken. But she’s got big dreams. Her sarcasm is on a different level”. She has been praised for pulling off such a deceptive character.

Keke Mphuthi’s unnamed boyfriend is also her baby daddy. While she is yet to reveal much about him, he seems to be a sports man (as she alludes to in a birthday post). The couple once went on a planned date while leaving their son with her parents. They revealed that it was the first time they had been away from their son. She said “we’re so attached to him and the mere fact that they’d just send us videos, pictures was painful but it was much needed time”.

She has also stated that he is very private, which is why she doesn’t share much about him.

Tags
Keke Mphuthi
John Jabulani Send an email 10 October 2021
Back to top button
Close
We use cookies on our website to give you the most relevant experience by remembering your preferences and repeat visits. By clicking “Accept All”, you consent to the use of ALL the cookies. However, you may visit "Cookie Settings" to provide a controlled consent.
Cookie SettingsAccept All
Manage Privacy