Born 27 years ago in Lagos, Nigeria, by parents who are from Ogun state, Laycon is currently a buzzing voice in Nigerian music. The songster reportedly started rapping and writing songs from a young age. In 2014, two years before graduating from the University, he was among the artistes that performed for Coke Studio at the University of Lagos.

Three years later, in 2017, he made the top ten list of MTV Base LSB challenge. Laycon has since released several numbers, including “Senseless” and “Fierce” (with Chinko Ekun and Reminisce).

When Nigerians poured into the streets, calling for the end of SARS, Laycon didn’t miss joining the vanguard of that advocacy. 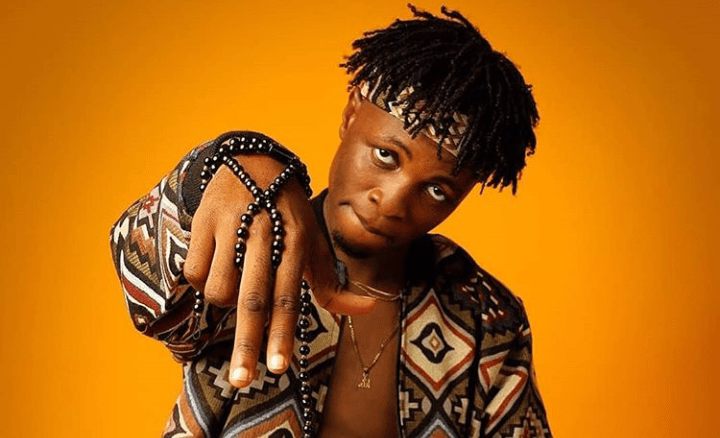 Laycon was already a rap voice before he auditioned for Big Brother Naija lockdown edition (BBN Season 5). At the |Big Brother House, because of his “humble” background and unassuming personality, he found favour with most Nigeria, who campaigned assiduously for him until he was finally announced winner, taking home millions, a car gift, among other goodies.

It wasn’t exactly a smooth sail at the outset, though, but Laycon rebounded halfway into the show, ultimately winning the coveted prize

Laycon’s Yoruba name is Olamilekan Moshood Agbeleshe. He anglicized the last part of his name ‘lekan. The result is the name  by which he is today famous: Laycon.

When he won the BBNaija scudetto, a mysterious lady had materialized online calling herself his ex girlfriend and loudly regretting that she had jilted him when he had nothing. She “generously” offered to be his baby mama.

A winner and out of the Big Brother Naija house, Laycon had an entirely different story. He insisted he doesn’t have a girlfriend, calling his fans, collectively known as icons, his girlfriends.

It the Big brother, though, it was obvious he had a crush on Erica

Not much was known about Laycon until he won BBNaija Lockdown edition, although he was already a rap figure. The songster experienced naira rain when he won the lockdown edition of BBNaija. He is one of the millionaire rappers in Nigeria with a net worth of about N30 million.

In the world of endorsements, Laycon isn’t doing badly. Following his win at the BBNaija house, several organizations have tapped his fame to take their brands to town. He has endorsement deals with phone manufacturer Oppo, with Mentos, and with the skincare company Beautiful and Body NG, among others. 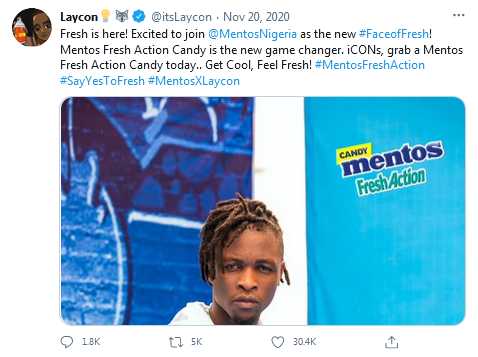 In 2020, he was rumoured to have clinched a recording deal with Davido’s DMW, but it soon emerged that it wasn’t true. The rumour had circulated at the time because he was photographed bonding with label boss Davido.

Laycon is currently signed to Fierce Nation Entertainment (FNE), a record label that appears to be new in the industry.

Tags
Laycon Nigeria
John Israel A Send an email 24 February 2021
Back to top button
Close
We use cookies on our website to give you the most relevant experience by remembering your preferences and repeat visits. By clicking “Accept All”, you consent to the use of ALL the cookies. However, you may visit "Cookie Settings" to provide a controlled consent.
Cookie SettingsAccept All
Manage Privacy