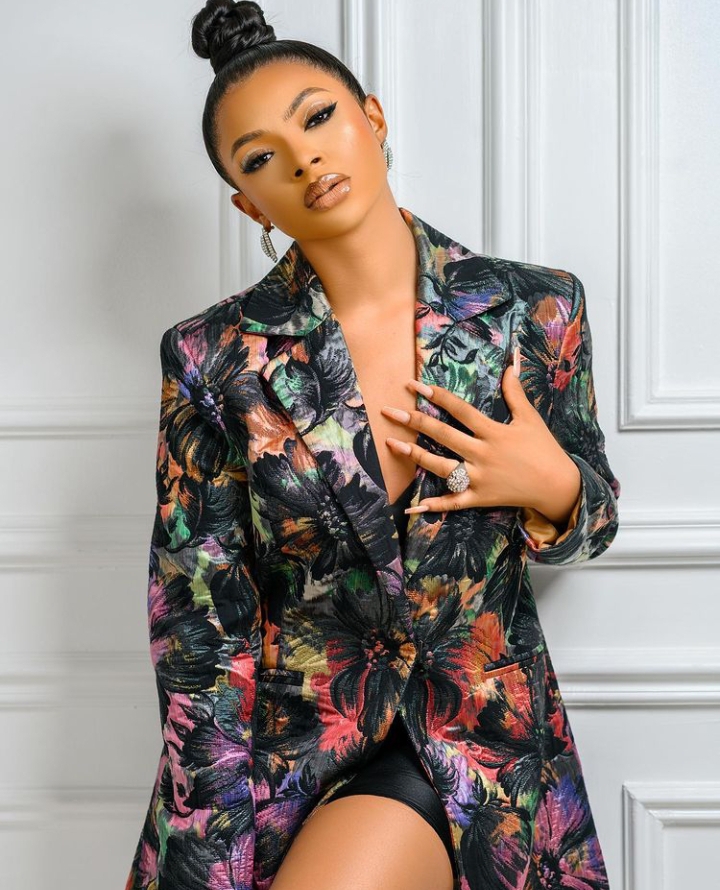 Roseline Omokhoa Afije, popularly known as Liquorose, is a Nigerian choreographer, entertainer, dancer, model, video vixen, and actress. She gained prominence in 2021 after appearing as a housemate on Big Brother Naija Season 6 “Shine Ya Eye.” She became a fan favorite on the show, and her relationship with fellow housemate Emmanuel was one of the most talked-about. She emerged runner-up at the show’s end and amassed a loyal following across Africa.

Before her time on the Big Brother Naija show, Liquorose first gained popularity as a dancer. She was the third half of the internet-famous dance crew GGB Dance Crew also made up of E4ma and Ellaley. While dancing on social media, she was discovered by Nigerian music video director Clarence Peters. He helped form the GGB Dance Crew. Liquorose has since appeared as a video vixen and dancer in the music videos of several top Nigerian artists, including 2Baba, P Square, Olamide, Tiwa Savage, Yemi Alade, Flavour, Mr. Eazi, Seyi Shay, Falz, Lil Kesh, Skiibii, Kizz Daniel, Timaya, Iyanya, Naeto C, Sean Tizzle, etc.

Liquorose was born in Surulere, Lagos State, Nigeria, on the 31st day of March 1995. She celebrated her 27th birthday in March 2022. Her Big Brother Naija fans threw her a bash and trended her heavily on that day. 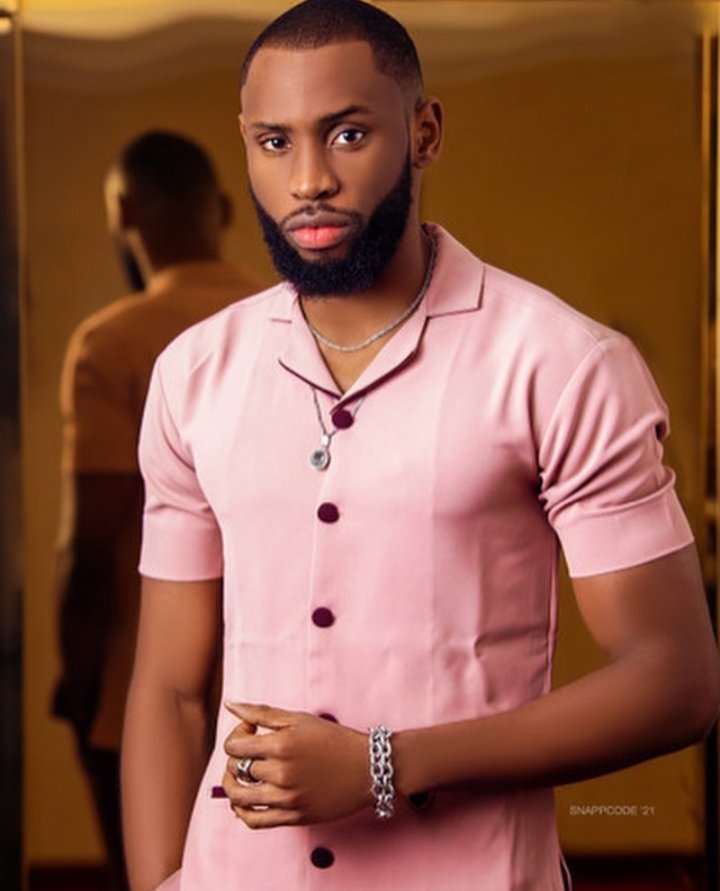 While on the Big Brother Naija show, Liquorose started a relationship with fellow housemate Emmanuel. The two did not confirm the relationship until they left the house. She constantly claimed (in a chat with Biggie) that she was not in a relationship with Emmanuel but only reciprocated the vibes he was sending her way. The couple was rumored to have parted ways after leaving the show. Liquorose revealed during the Big Brother Naija Reunion show that she caught Emmanuel with another woman in Dubai.

Liquorose does not have any children. She has never shared plans of having any in the nearest future. She has only joked about not having a child but having children. 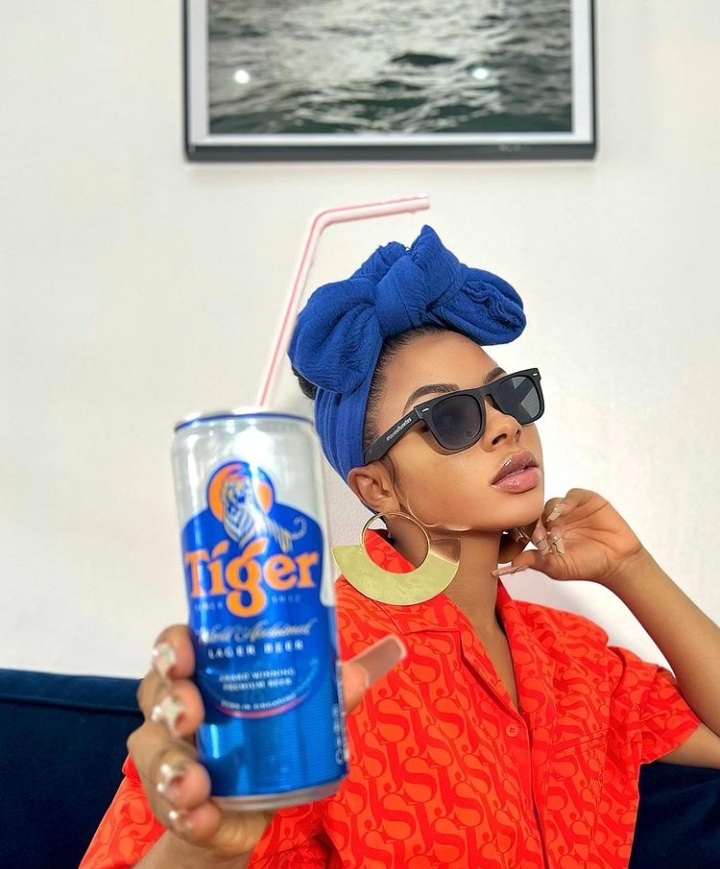 The exact estimate of Liquorose’s net worth is unknown to the general public. Neither she nor anyone in her team has shared the exact estimate of her net worth. However, following the success of her time on the Big Brother Naija show in 2021, Liquorose has signed multi-million Naira deals with top brands in Nigeria and also in Africa. Fans have also gifted her cash and credits on her birthday. She has endorsements deals with Deshapables, Kippa Africa, Monkey Shoulder, House Of Lunettes, Infinix Mobile, Kuda Bank, Jay’s Finder, Tiger Beer, and more. 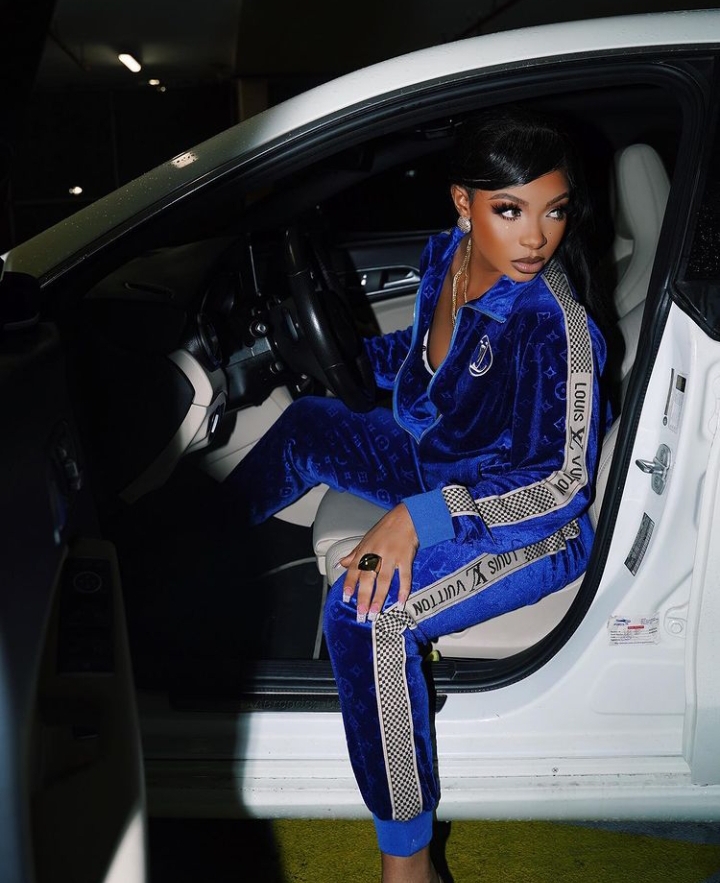 Liquorose has not shared any photos of her house. She kicked off 2022 with a brand-new car. She acquired a white 2018 Lexus RX350. On her 27th birthday, her fans, Liquolions, gifted her a white Mercedes Benz and 14.5 million Naira.

Liquorose opened up about her family’s struggles while on the Big Brother Naija show, but she didn’t say much about her siblings. She once posted a birthday message to her “one and only sis,” Vkey, who she said took all the hips in the family. 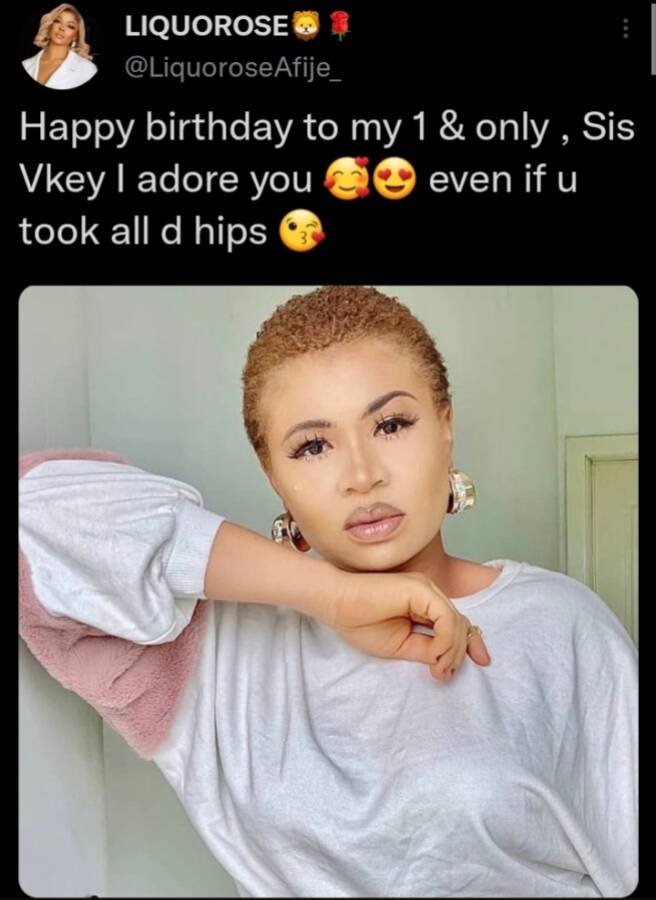 Because Liquorose is a public figure, there is no mobile number to reach her directly. However, fans can connect with her by following her on social media using the following handles;

Are Liquorose and Emmanuel still together?

No, Liquorose and Emmanuel are no longer together. Liquorose revealed on the Big Brother Naija Reunion show that she walked in on him and another girl while in Dubai. She said, “We were dating, and I walked into you and the girl in Dubai.”

Did Liquorose bleach her skin?

No, Liquorose did not bleach her skin. Liquorose once shared a photo of her only sister, who is light-skinned like her. 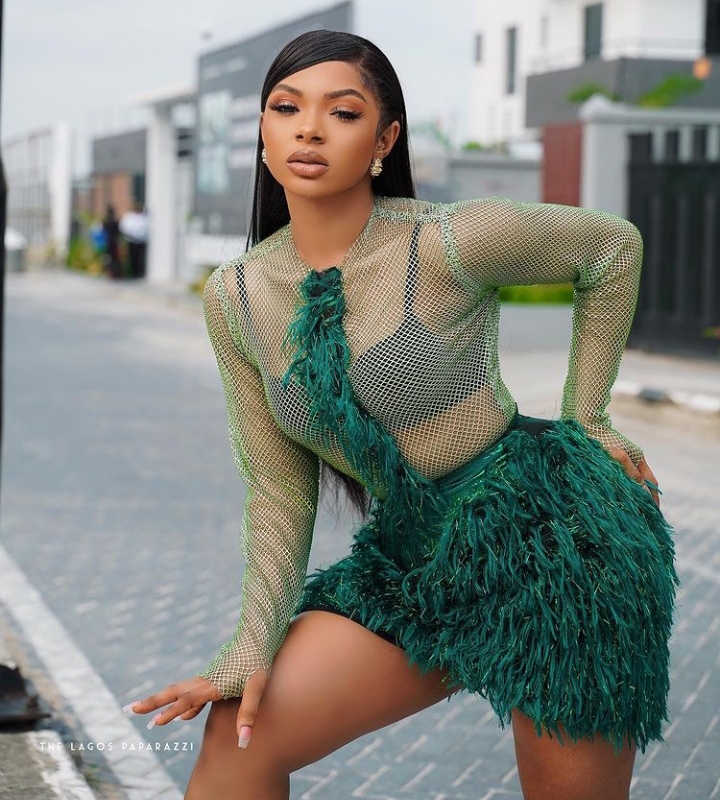 Did Liquorose sleep with wizkid?

No. Liquorose did not sleep with Wizkid. While on the Big Brother Naija show, she revealed that she had a crush on him and once fantasized about sleeping with him.

Did Liquorose have a baby?

No, Liquorose did not have a baby. She once joked that she does not have a child but that she has children. She has never had children. 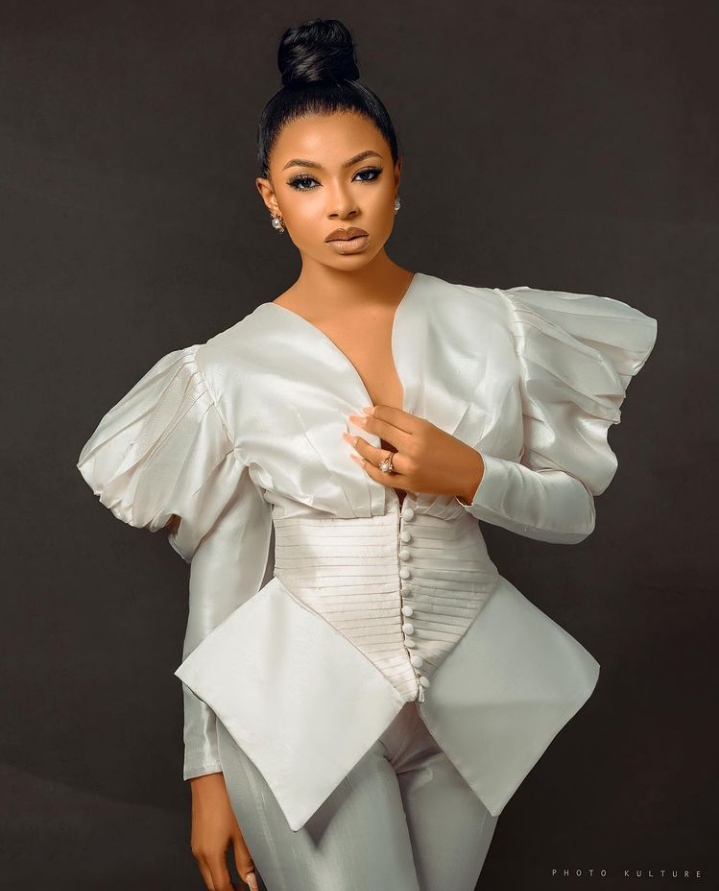 What does Liquorose do for a living? 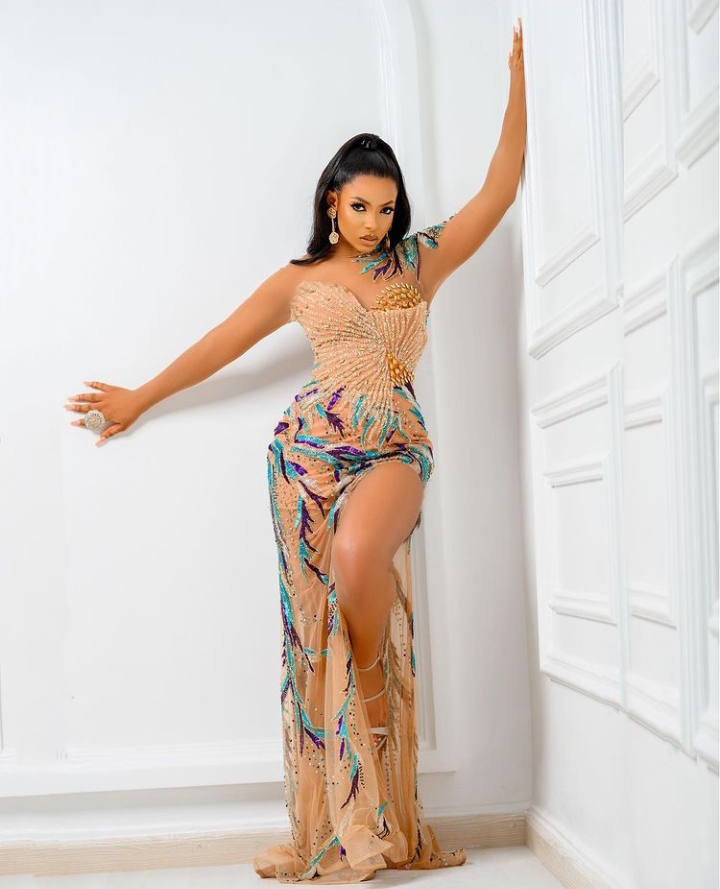 Liquorose is a multi-talented celebrity. Although most of her income comes from being a brand ambassador, Liquorose is a choreographer, entertainer, dancer, model, video vixen, and actress. She has earned a living from each of these occupations.

Tags
Liquorose
John Jabulani Send an email 9 June 2022
Back to top button
Close
We use cookies on our website to give you the most relevant experience by remembering your preferences and repeat visits. By clicking “Accept All”, you consent to the use of ALL the cookies. However, you may visit "Cookie Settings" to provide a controlled consent.
Cookie SettingsAccept All
Manage Privacy