Londile Siphiwokuhle Zulu, aka Londie London is a South African musician, model, songwriter, brand influencer and businesswoman born in Durban, KwaZulu-Natal. She is famous for various reasons, including her sexualized personality, her music, her presence on social media, and her business ventures. She is known for some of her songs, including “Ma Nonko”, “He Goes”, “Isaga Lam”, “Runaway”, and more.

Londie London was born and raised in Phoenix, Durban, KwaZulu-Natal. She developed an interest in music at 6, leading her to perform at various Christmas parties with her older sister and at family gatherings.

While studying at the University of Johannesburg, she partook in several talent shows and was listed as a runner up winner at the UJ Idols competition in 2013. Two years later (in 2015), she featured on “Ma Nonko”, a song by multiple award-winning Ghanaian acts, D-Black, which became a hit in his country.

In the Spring of 2017, she signed to Ambitiouz Entertainment, after which she released “He Goes”, produced by Blaq Diamond.

Londie London has also ventured into Instagram modelling and Brand Influencing. She later on attained massive popularity on social media and also in Johannesburg. She is known for her amazing vocals and her sexually provocative nature, which continues to keep her in the press.

Londie London is also known to be a video vixen (thanks to her curvy body), once featuring in a music video by Mzansi rapper, L-Tido.

Londie London attended Green Heights Primary School and later moved to Emalahleni, where she completed her Matrick year at Hoerskool Tegnies in Witbank. Later on, Londie London went on to study Jewellery Design and Manufacturing at the University of Johannesburg.

Londie London emerged as a runner up at the UJ Idols in 2013. She featured on BET Award-nominated Ghanaian artist D-Black’s “Ma Nonko”.

In 2017, she released her first solo single, “He Goes”, produced by Blaq Diamond after signing to Ambitiouz Entertainment. She also featured on Miss Pru’s hit song “Isaga Lam” alongside Gigi Lamayne and Nadia Nakai and Gigi Lamayne’s “Twinkle”.

In 2018, she released the romantic hit “You Were Mine”, which became a big success. In 2019, she released “Run Away” and “Nomakanjani”. In 2020, Londie featured on DJ Sumbody’s “Suk’emabhozeni” alongside Leehleza.

Londie London has not released an album, but she once mentioned working on a dance album.

Londie London is very popular on social media. She is known as an Instagram model and has amassed a massive following for her very sexualized nature. She is also an excellent stage performer letting her vocals captivate her audience. 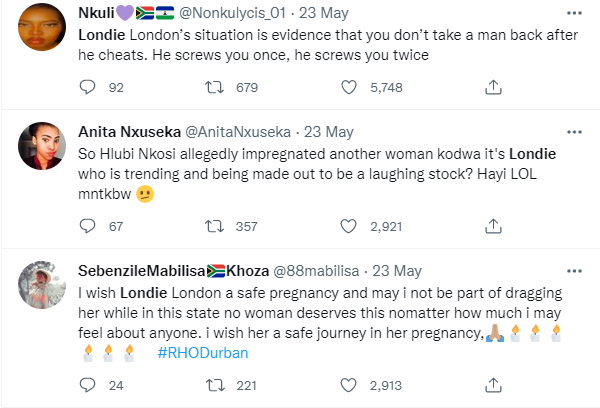 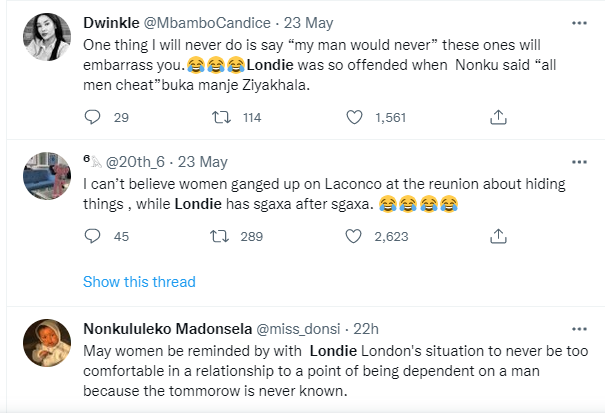 Right now Londie London's worst nightmare is us , cos we all know she is pregnant yet we are being insensitive and some of us we are calling it Karma and we forget the same karma can find our addresses…light and Love to Londie i hope she has the best supportive system ,🕯😍 https://t.co/W1bLe1Amto

Londie London’s net worth is not public at the moment but based on her business ventures, including her lingerie line “Laced by Londie London”, her endorsements, the brands she is associated with, the performance of her music and her social media cred, she should be raking in a significant annual income.

Londie London’s songs are available on all major music platforms, including Spotify, Apple Music, Soundcloud, YouTube, Deezer and many more.

Tags
Londie London
John Jabulani Send an email 25 May 2022
Back to top button
Close
We use cookies on our website to give you the most relevant experience by remembering your preferences and repeat visits. By clicking “Accept All”, you consent to the use of ALL the cookies. However, you may visit "Cookie Settings" to provide a controlled consent.
Cookie SettingsAccept All
Manage Privacy