Mandla Maphumulo, the songster who is now famous by the adopted stage name Mampintsha, was born in Umlazi in KwaZulu-Natal, South Africa, where he also began his music career.

He found fame early as a member of the kwaito group Big Nuz, which burst into the music scene in 2002 and thrilled South African to several winning numbers and the soaraway album “For The Fans.” The group comprises Mandla “Mampintsha” Maphumulo, Mzi “Danger” Tshomela, and the late Sbusiso “R Mashesha” Khoma.

Mampintsha has gone on to a successful solo career after the group disbanded. By the way, it is reported the band is coming together again.

For one who has been in the industry for over a decade, Mampintsha has got a decent number of songs. In fact, an aggregate of the numbers he has released since he appeared on the music scene in South Africa will make an interesting playlist.

From his days as a member of the Durban kwaito band Big Nuz to his days as a solo artiste, Mampintsh has amassed an impressive following with his songs, leaving no one in doubt of his musical energy and dedication.

His songs are fit for clubs and fit to vibe with alone. Below, if you please, are some of his songs you might be interested in. The list is deliberately abridged, leaving you a chance to add to it in the comment section.

Albums are grand in themselves in that, bearing several numbers, they open the listener to an eclectic mix of an artiste’s experiences – you say musical journeys.

We can’t point to several albums from Mampintsha’s kitty. In that case, we are inclined to use album interchangeably with an EP.

Mampintsha’s most recent album is titled “Bhut’Madlisa.” It also happens to be one of his most engaging to date, this 13-traack African project.

It is not surprising it began trending at number 3 almost immediately after release, just behind Bucy Radebe’s and Kabza De Small’s albums (“Spiritual Ancounter” and “I Am the King Of Amapiano”) respectively.

Before his “Bhut’Madlisa” album triumph, back in 2018, Mampintsha had treated fans to “The gentle Don EP,” a compilation of 5 dance tracks featuring some of gqom’s fine voices, including uBiza Wethu, CampMasters, Babes Wodumo, Aux, and Mr Thela.

Around the time of the EP’s release, Mampintsha had indicated it might be his last work because people were sampling his works and he wasn’t getting credit for it. He said he was leaving but apparently never left.

Mampintsh has been nominated for several awards, including South African Music Award (SAMA) for Record of the Year, MTV Africa Music Award for Song of the Year.

He has won the SAMA as a member of Big Nuz (2015: SAMA, Album of the Year: “For The Fans”). The group’s song “Umlilo” won the same award in the Song Of The Year Category.

Details of Mampintsha’s education are sketchy. It hasn’t helped that the muso is more concerned with speaking about his music and not his education. At any rate, the songster, who runs West ink, expresses himself with ease.

What is Mampintsha’s net worth? Well, the songster is pretty simple in his tastes. He is one of the bods you would find down the streets spotting an ordinary t-shirt.

However, he is reportedly a millionaire. The exact sum eludes us.

Mampintsha has never been public with his possessions, but he once posted a picture of himself standing in from of a FORD SUV that appears to be his on his Facebook page. 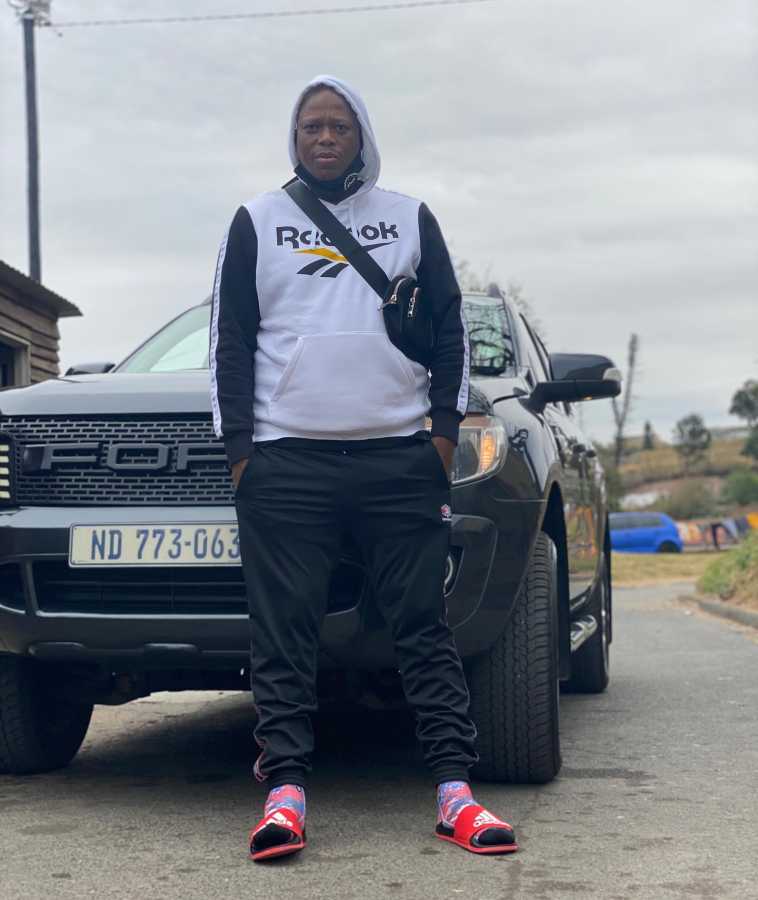 Mampintsha is 37 years old. Two days from now, on the 18th, he would be 38. It has been a remarkable journey with several wins.

Mampintsha has apparently dated other women in the past, but his most famous relationship to date – and clearly his most controversial – is that with the “Wololo” hitmaker Bongekile Simelane, known professionally as Babes Wodumo. They both got married in 2021.

The two are currently together, although they have had many spats in their relationship.

For lack of a better phrase, we will call them the “I go dye” couple of South African music. They appear dyed with the same colour, with a flamboyant love for publicity stunts that reenergize their careers now and then.

In fact, if they should fight again, we would wager a hundred sentences – sorry we have run out of rands – they would make up again.

Tags
Mampintsha
John Israel A24 December 2022
Back to top button
1
Close
We use cookies on our website to give you the most relevant experience by remembering your preferences and repeat visits. By clicking “Accept All”, you consent to the use of ALL the cookies. However, you may visit "Cookie Settings" to provide a controlled consent.
Cookie SettingsAccept All
Manage Privacy