Popularly known as Mr P, Peter Okoye is a Nigerian singer, songwriter, model, brand ambassador, dancer, entrepreneur, and businessman. He first attained recognition as a member of the now-defunct music duo, PSquare, who remains one of Nigeria and Africa’s biggest music acts of all time. 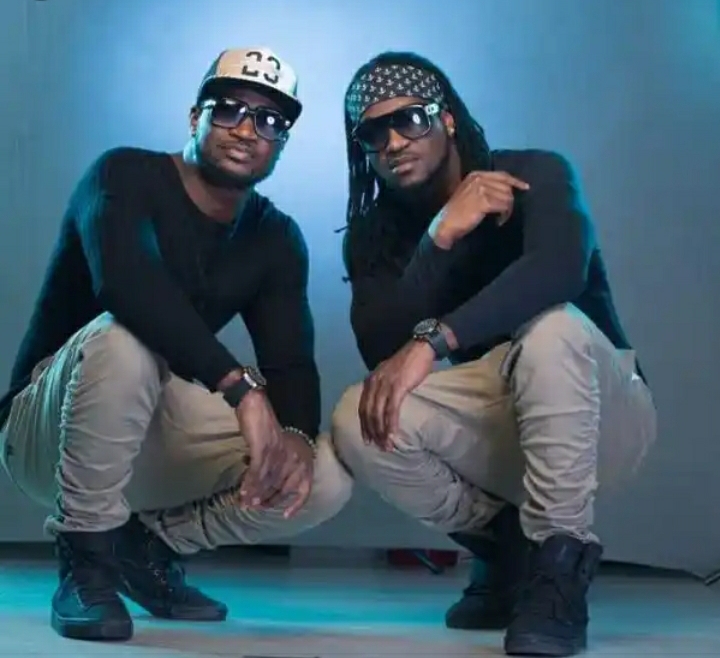 They’re also known for a long list of hits including “Do Me”, “Game Over”, “Personally”, “E No Easy” featuring J Martins, “Chop My Money” featuring Akon & May D, “Beautiful Onyinye” featuring Rick Ross, and more. Their greatest hits album was released in 2013.

The group disbanded in 2017 after Peter sent a termination letter to the duo’s lawyer. They were said to have disagreed over the role of their manager, Jude “Engees” Okoye (brother). Their separation was a huge blow to their fans all over Africa.

Following their separation, Peter began releasing music as a solo artist using the name Mr P. He has revealed that the name was functional even while PSquare existed. His debut studio album “The Prodigal” was released in April 2021. He is known for the songs “Just Like That”, “Follow My Lead”, and more. 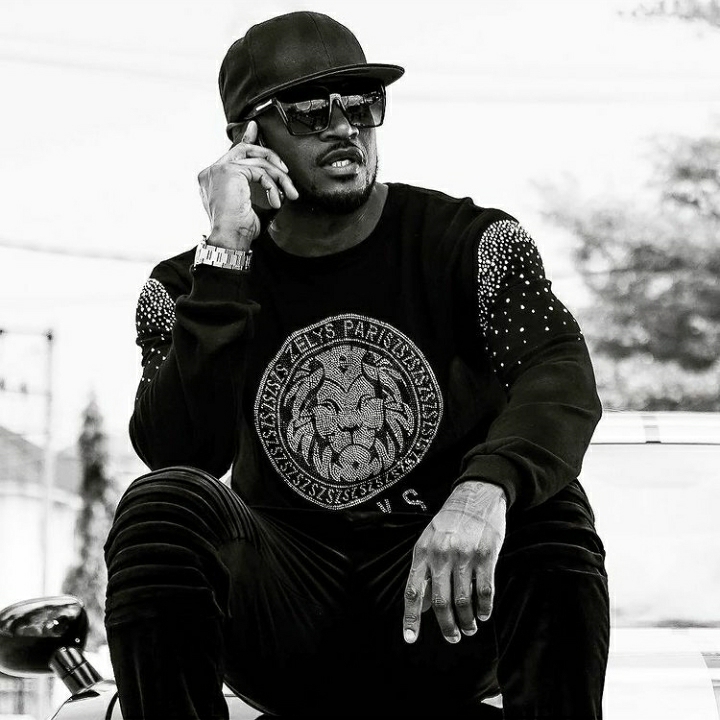 Popularly known as P-Square, Peter Okoye was born alongside his twin brother, Paul Okoye, a.k.a Rudeboy, on the 18th day of November 1981. He celebrated his 39th birthday on November 18 2020.

Peter Okoye, a.k.a Mr P, is married to Titilola Loretta Omotayo. Before officially tying the knot, the couple dated for about 7 years. Omotayo is a marketing representative. Their engagement party was held at The Ark in Lekki, Lagos State. Top names in the country attended it, including billionaire businessman Aliko Dangote, Genevieve Nnaji, Kate Henshaw, Toke Makinwa, and more. 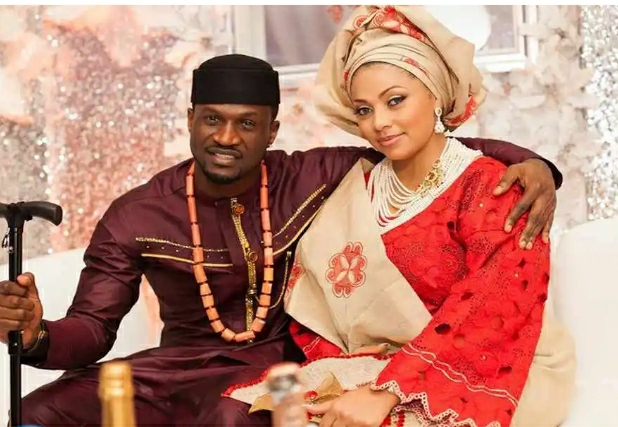 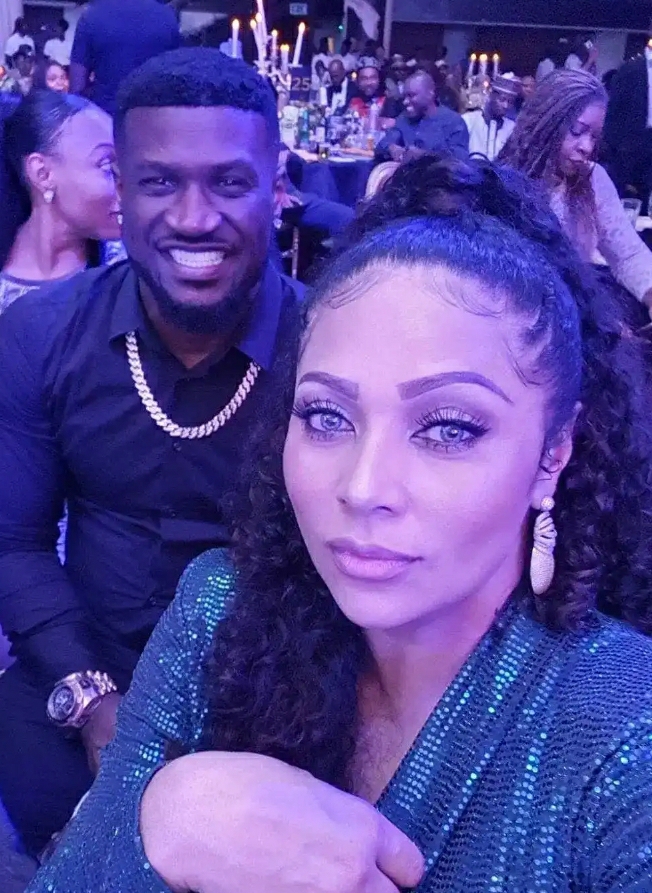 The exact net worth of Nigerian singer, Peter Okoye a.k.a Mr P, is not known to the general public. As a member of the now-defunct duo, PSquare, he was one of the richest and most successful musicians in the country and also in Africa. However, Mr P claims that he has made more money and bagged more since splitting from his brother. This is obvious in the endorsement deals he has bagged and the profitable businesses he has been involved in over the past few years. Nevertheless, Mr P remains one of Nigeria’s most successful and richest artists (and celebrities) despite not listing his assets. We will update this when an exact estimate of his wealth has been revealed.

Mr P is known for his love for pricey cars. He has also acquired a number of them over the years. He owns a Range Rover, a Dodge Challenger, a Jeep Wrangler, a Mercedes Benz, G-Wagon, a Porsche 718 Cayman, a Chevrolet Camaro roadster, and several other whips. 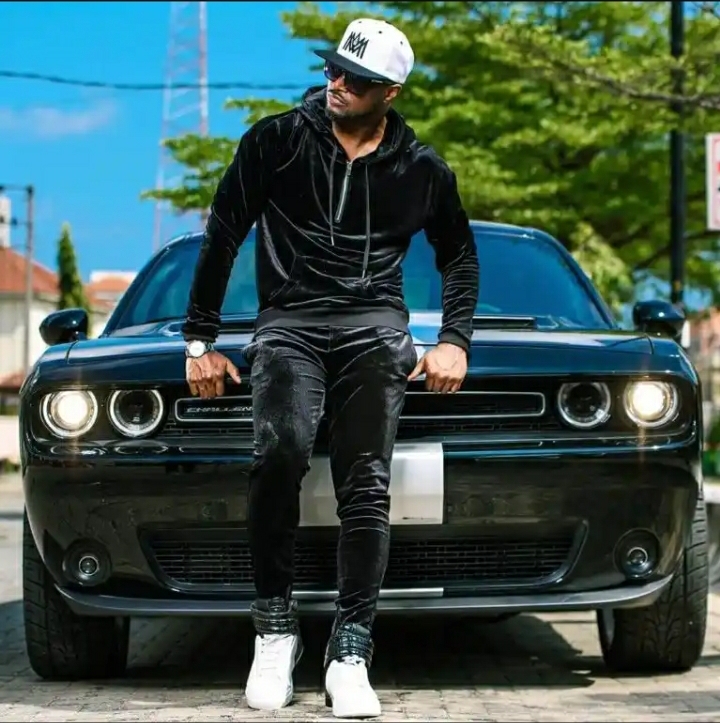 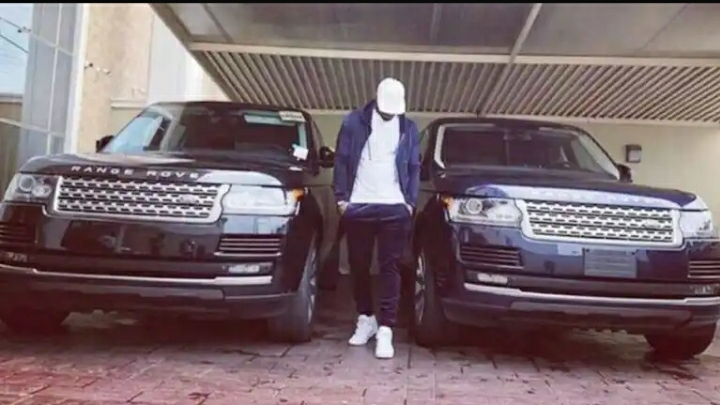 Mr P, like his brother, is known to always show his houses off on social media. He owns a mansion that is situated next to his brother’s own in Atlanta, Georgia. He also owns a house situated in Lagos’ priciest neighbourhood, Banana Island. His mansion is valued at about 1.5 Billion Naira. It contains a movie room, a gym, a music studio, several big bathrooms, sitting rooms, and more. 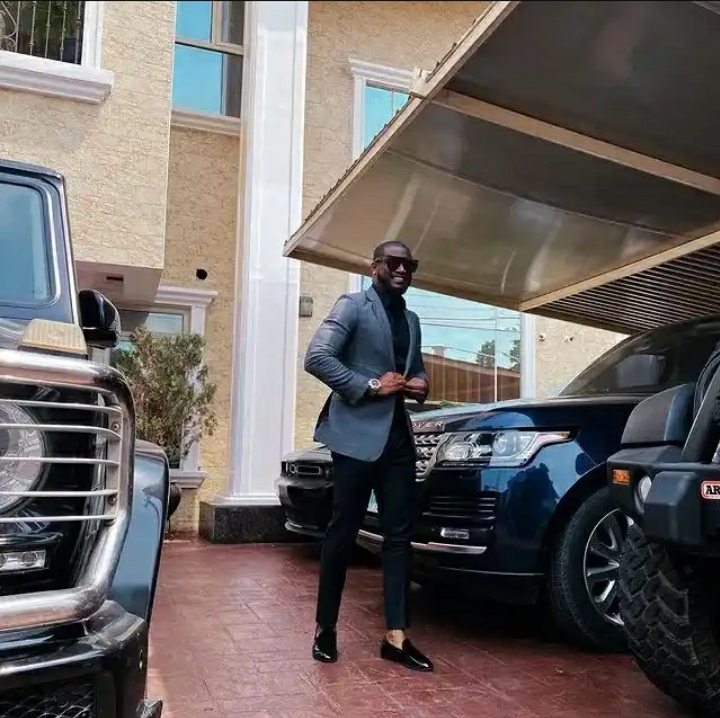 Following the success of his lottery company, Zoom Lifestyle Lottery, Peter Okoye announced after the Lockdown in 2020 that he would be starting a betting company. According to reports, the sports betting industry in Nigeria is worth millions and would increase Mr P’s net worth massively. However, he was condemned by retired footballer, Odemwingie who accused him of encouraging young people to gamble.

Peter Okoye and his wife, Lola Omotayo, are blessed with two beautiful children, a boy (Cameron Okoye) and a girl (Aliona Okoye). Mr P constantly shares photos of his adorable family on social media for the world to see. 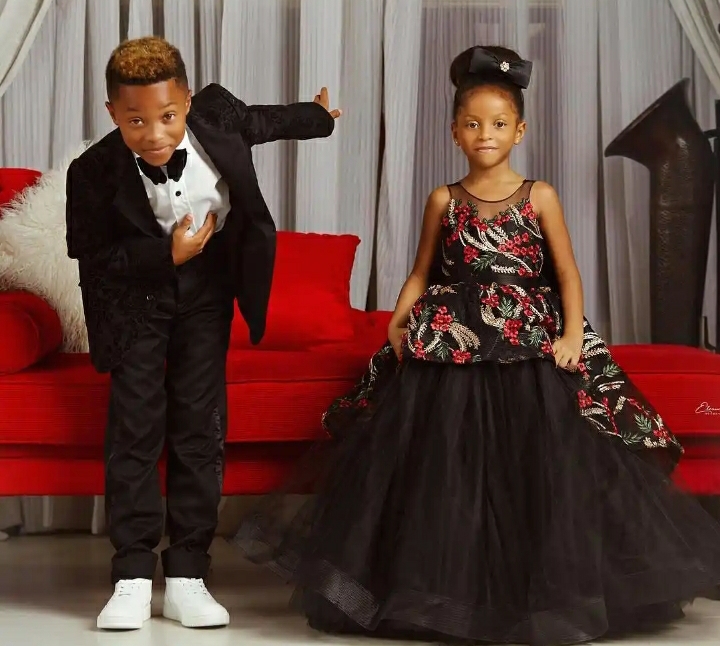 Peter Okoye, a.k.a Mr P, is active across various social media platforms, including Facebook, Twitter, and Instagram. With millions of followers across all platforms, he remains one of the most followed celebrities in Nigeria and Africa. Fans hoping to connect with him can follow him on these platforms @peterpsquare. Or by simply searching Mr P.

Tags
Mr P Nigeria
John Jabulani Send an email 26 June 2021
Back to top button
Close
We use cookies on our website to give you the most relevant experience by remembering your preferences and repeat visits. By clicking “Accept All”, you consent to the use of ALL the cookies. However, you may visit "Cookie Settings" to provide a controlled consent.
Cookie SettingsAccept All
Manage Privacy