Msholozi Zuma is the third of Jacob Zuma’s children and his first daughter. She was born when he was in exile as an anti-apartheid activist.

Back in 2013, when she accompanied her father to the IEC, she was told her name wasn’t on the voter’s roll because she had a Swazi ID. But his father quickly made a call, and she was allowed to register.

Unlike her other siblings, especially Duduzane and his twin Duduzile (her immediate younger ones, from a different mother), she has shown no interest in politics. She has managed to hide from the limelight for years.

The day and month of Msholozi Zuma’s birth are unknown. However, she was born in 1982, so she’s currently 39 years or close to it.

Msholozi Zuma, who’s named after her father’s clan, is barely visible. One can’t even point to businesses she’s engaged in. So, yes,  we cannot determine her net worth. However, as the daughter of a former president, she’s probably in the millionaire’s league.

Jacob Zuma is the immediate past president of South Africa. His tenure was plagued by corruption allegations and claims that he let some corporate players capture South Africa as a nation. 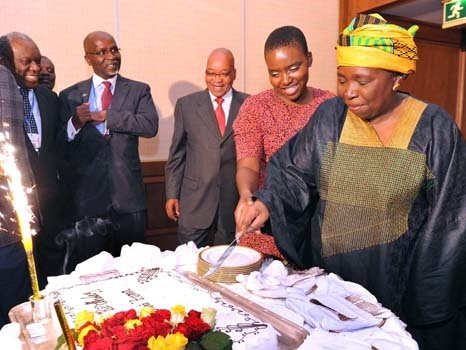 After his tenure, he was invited to appear before the state capture enquiry, but he refused to, leading to a cat and mouse game with the law. As a result, he was found guilty of contempt of court and sentenced to 15 months imprisonment.

His supporters had threatened hell if he should be arrested. The cops didn’t have to storm Nkandla to arrest him, however. Zuma turned himself in. His arrest provoked riots and looting in South Africa. Duduzane and his twin Duduzile have been the fiercest standing with their father amid the storm following his arrest.

Not much is known about Msholozi Zuma’s educational qualifications. She’s among the children of the former president who have chosen to maintain a low public profile. But as the daughter of a former president, she’s probably educated.

Tags
Msholozi Zuma
John Israel A Send an email 2 August 2021
Back to top button
Close
We use cookies on our website to give you the most relevant experience by remembering your preferences and repeat visits. By clicking “Accept All”, you consent to the use of ALL the cookies. However, you may visit "Cookie Settings" to provide a controlled consent.
Cookie SettingsAccept All
Manage Privacy