Emmanuel Nkosinathi Mthethwa, Popularly called Nathi Mthethwa, is a prominent politician from South Africa. He hails from Kwambinambi in KwaZulu-Natal. From 2008 to 2014, Mthethwa served as Minister for Safety and Security (now called Minister of Police). He was also Chief Whip for the African National Congress (ANC) in the National Assembly. From February 2014, he served as Minister of Arts and Culture. Mthethwa was appointed again to serve for the second time in 2019. He also took on the portfolio of Sport during his second term in office. 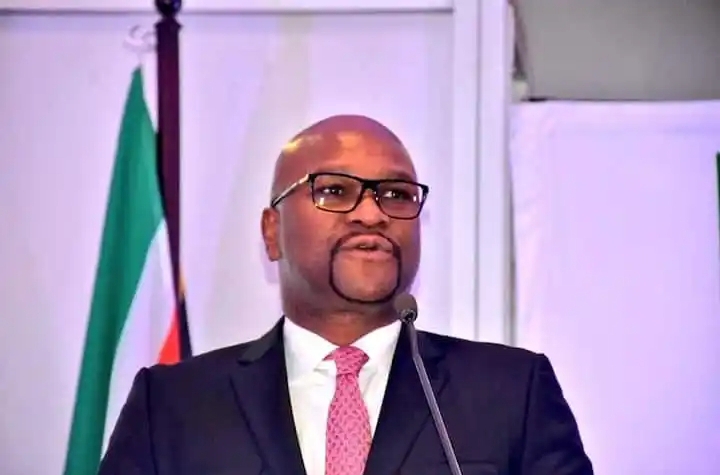 Nathi Mthethwa’s political involvement dates back to when he was a teenager. At age 15, he joined the Klaarwater Youth Organization in 1982. In a unanimous vote, he was elected Chairperson of the Youth Organization for the duration between 1987 and 1989. In addition, he acted as a shop steward of the Food and Allied Workers Union between 1988 and 1989. In 1990, Mthethwa was among arrested members of the ANC by the government on accusations of being part of “Operation Vula”. In 2010, he was selected to be part of a board of professionals to oversee the Local arrangement and handling of the global tournament at the maiden World Cup ceremony.

It was alleged that in 2019, Nathi (then Minister of Police) was a Mercedes Benz gift acquired using the Secret Service finances. Head witness, Mr Naidoo, testified, alleging to have personally driven the vehicle to Mthethwa’s private residence. He is also alleged to have used the Intelligence Secret Service budget to renovate his home.

Nathi Mthethwa was born on the 23rd of January in 1967 in KwaZulu-Natal, South Africa. He celebrated his 55th birthday in January 2022.

Nathi Mthethwa is a happily married man. He and his wife, Philisiwe Buthelezi, met at an ANC Conference, after which they began seeing each other. She is a businesswoman. In February 2013, while Mthethwa served as the Minister of Safety and Security, he and Philisiwe tied the knot. The couple wedded in a glamorous wedding attended by their close friends, family, colleagues, and dignitaries. The country’s elite were reported to have been in attendance, as well as former South African president Jacob Zuma. The wedding was French-themed at Alle Bleue Wine Estate in Franschhoek Valley, Western Cape. The theme is believed to have been inspired by Philisiwe’s time spent in France studying after moving from South Africa at age 19. She is well known for her style and excellent fashion sense. 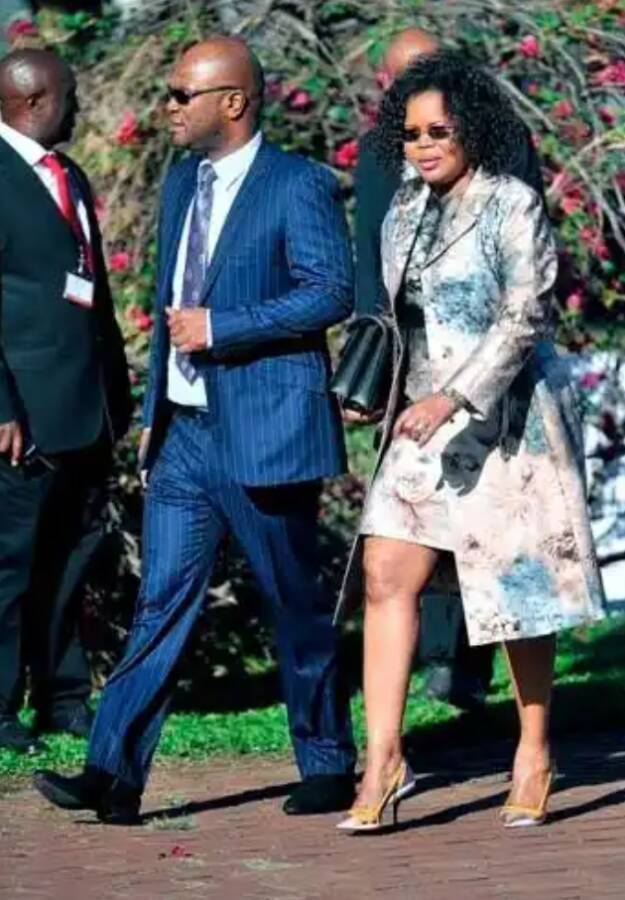 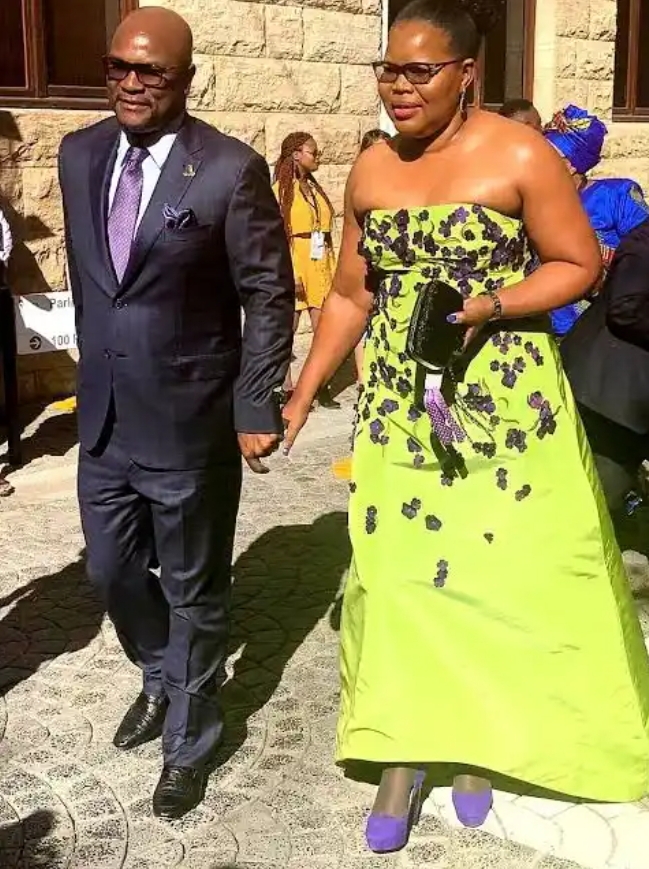 There are no details of an ex-wife or first wife of Nathi Mthethwa.

Nathi Mthethwa attended a few institutions of higher learning. First, he attended the University of KwaZulu-Natal, where he graduated with a diploma in Community Development. Later on, he studied at The University of Johannesburg, obtaining a Mining Engineering Certificate. He also has a Certificate in Communications and Leadership, which he attained at Rhodes University. He is known for his ease with words and excellent communication abilities.

In March 2020, TV and radio personality Masechaba Ndlovu was appointed as the spokesperson for Minister of Sports, Arts, and Culture Nathi Mthethwa. Mthethwa announced the appointment via his Twitter account. It read, “My newly-appointed spokesperson is a dynamic trailblazer who has made an immense contribution to the African media landscape and is one of the most influential women on the continent.” She called it “an honour and a privilege” and revealed that she was “ready to serve”. 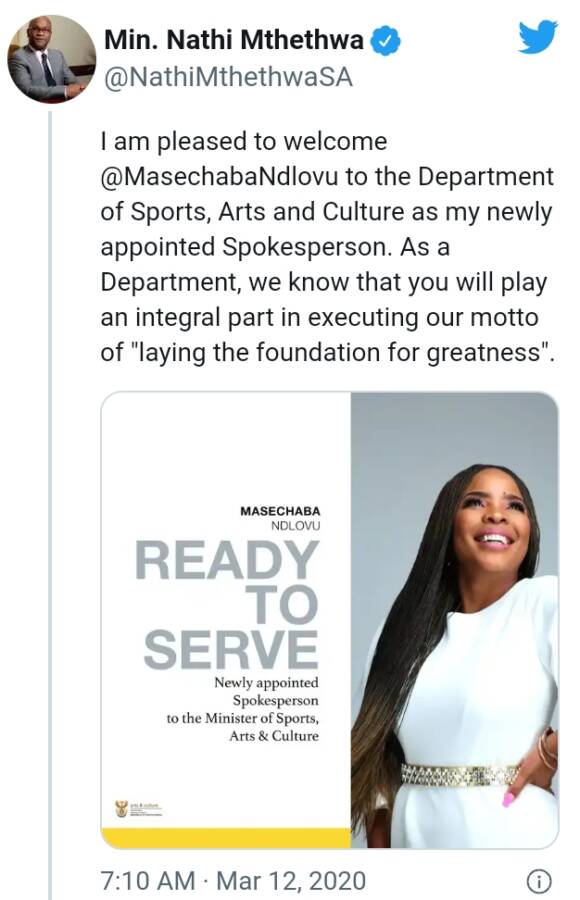 While Nathi Mthethwa and his wife are pretty prominent, they have not shared any photos of their home or cars for the public to see. Instead, they have kept these details private.

Tags
Min. Nathi Mthethwa Nathi Mthethwa
John Jabulani Send an email 18 May 2022
Back to top button
Close
We use cookies on our website to give you the most relevant experience by remembering your preferences and repeat visits. By clicking “Accept All”, you consent to the use of ALL the cookies. However, you may visit "Cookie Settings" to provide a controlled consent.
Cookie SettingsAccept All
Manage Privacy